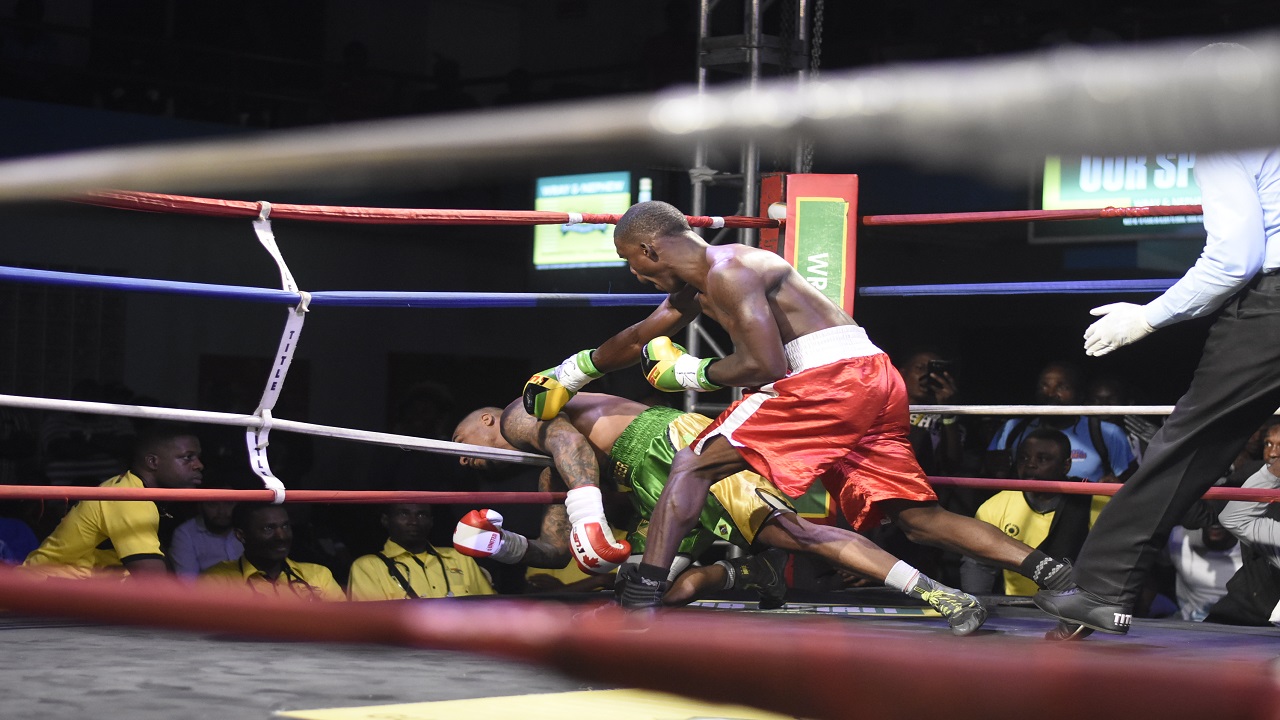 Team Jamaica’s Nico Yeyo secured a stunning technical knockout victory over Myron Zeferino in the second bout of the Jamaica vs Canada  Wray and Nephew Contender Series 8, at the Chinese Benevolent Association on Wednesday night.

The five-round welterweight bout only lasted for 21 seconds.

Zeferino, nicknamed 'The Brazilian Bomber', started to mix it up with Yeyo and was caught with a combination of solid shots to the head, which put him to his knees. Drowsy from the assault, Zeferino's torso slipped through the ropes and Yeyo caught him with another punch put him to the canvas.

As he wobbled to his feet, referee Peter Richards started to administer the standing eight count, but stopped in the middle of the process and waved off the fight.

Yeyo, whose professional debut in the series last year, was booed by the crowd as he held on for most of the loss against Dave Leblond, moves his record to two wins and one loss with Zeferino losing the first of his six fights.

"I trained hard for this fight. I trained extra hard. So training worked," said Yeyo.

The other Jamaican boxers are the talented Michael Gardener, Devon ‘Concrete’ Moncrieffe, who won the 2013 series, Ramel ‘Sub-Zero’ Lewis, Toriano Nicholas, Fabian Tucker, and Sceantonie Johnson, who will be making his professional debut.