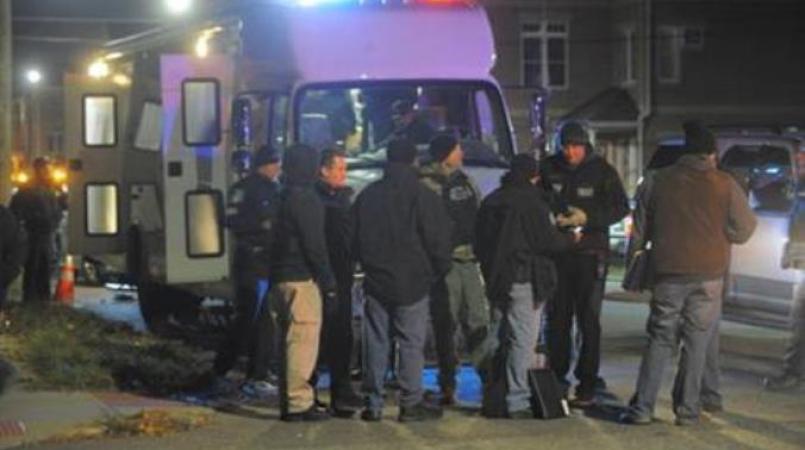 File photo of authorities at a crime scene

A 37-year-old Jamaican man, who authorities say shot and injured two people before leading police on a chase along the Garden State Parkway in New Jersey in a carjacked vehicle on Tuesday, is facing numerous charges.

The man Odari Green is accused of carrying out the double shooting about 8:30 a.m., in Englewood, a city located in Bergen County, New Jersey.

The victims were being treated at a hospital, but authorities say their injuries are not considered life threatening.

Authorities say the alleged gunman, Green, a Jamaican man living in Hackensack, soon carjacked a vehicle at gunpoint in Hackensack and fled on Interstate 80 to the Garden State Parkway. He was arrested after the vehicle was eventually stopped in East Orange.

It wasn't known Tuesday if Green has retained a lawyer. He's expected to face numerous charges stemming from the shootings and the pursuit.

A motive for the shooting is not yet clear.

Cops attacked, stoned by persons claiming to be protesters in St Ann