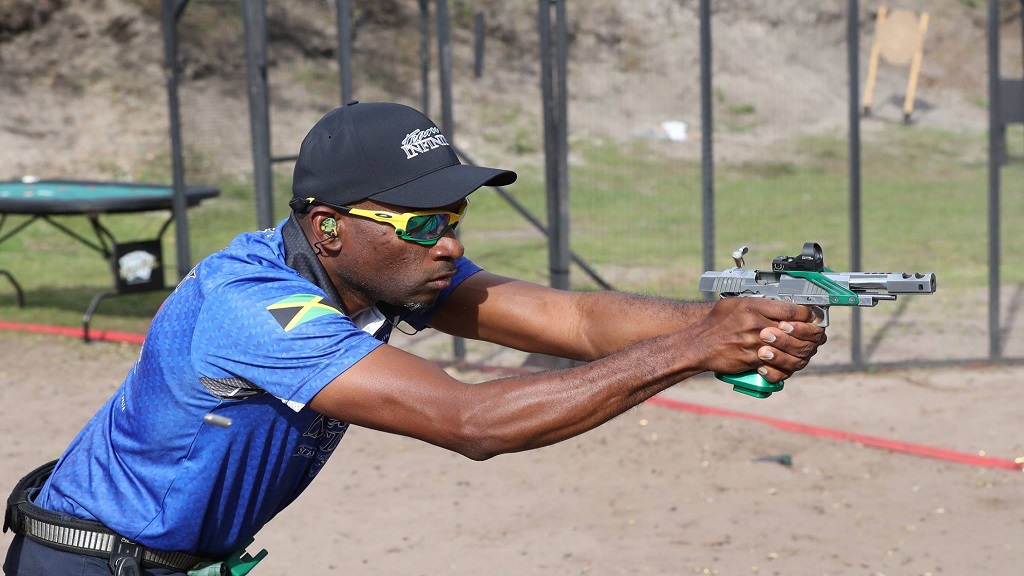 Jamaican Lesgar Murdock prevailed in a down-to-the-wire battle to win the High Overall and First Grandmaster of the Open Division at the 2020 Florida Open Pistol Shooting Tournament recently at the Universal Shooting Academy in Frostproof, Florida.

Competing in a field of close to 270 shooters, Murdock ended the first day of competition in second place, 32 points behind American, John Vlieger, who was tipped to win the category.   Murdock went into the final day of shooting with renewed focus, determined to close the gap.

The rivals stayed neck and neck throughout the latter part of the 12-stage competition, with Murdock trailing by eight points as they approached the final stage.  With the title on the line, the Jamaican stepped up his speed and accuracy to win the final stage and bring his overall score to 1405.48; leaving Vlieger to settle for second place with 1401.77.

“I always have my own game plan and this time I just focused on being consistent throughout the entire tournament because I saw that Vlieger was shooting a penalty-free match while I had two penalties I just made sure that I minimised any mistakes,” Murdock explained.

“When you’re competing at this level, opponents will always talk a lot and try to distract you. So to stay on top of your game you really have to keep your head and make sure that nothing that is being said affects you,” he added.

Murdock now has his eyes set on the International Practical Shooting Confederation’s (IPSC) World Shoot 2020, which is scheduled for November 28 to December 5 in Pattaya, Thailand.

“The World Championships is what I am really looking forward to because the last time I came 13th overall in my division and this time, I’ll be aiming for the top five,” Murdock said.