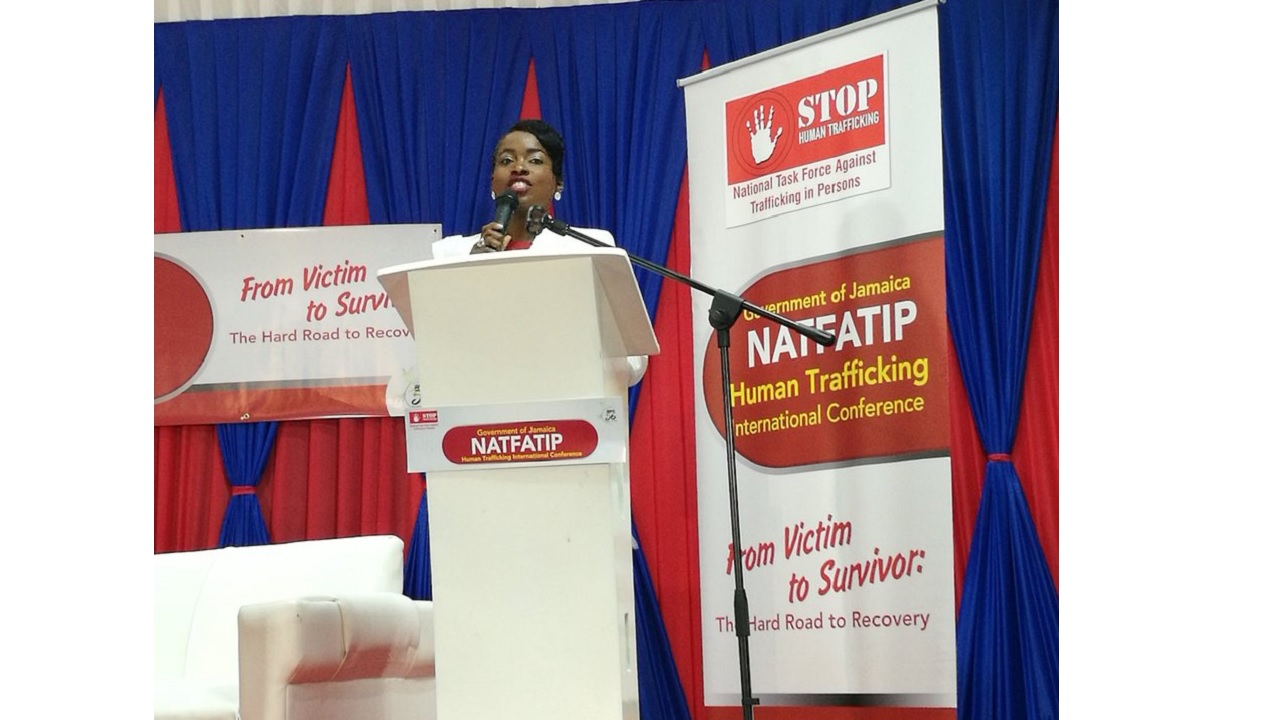 A Jamaican human trafficking survivor is offering scholarships to other victims of the crime in her home country.

Shamere McKenzie, who has travelled globally as a United Nation's speaker on human trafficking, made the announcement while making her presentation at the National Task Force Against Trafficking in Persons' (NATFATIP) conference at Melia Braco in Trelawny on Wednesday morning.

According to McKenzie, the scholarship will be in tandem with the Lasco Chin Foundation, with the details, which are still being worked out, expected to be revealed at a launch later this year.

She said the idea came about after a BBC story about her went global and she was contacted by individuals from Malawi for permission to use her name for a scholarship in that African country.

"Yes, I will be using my own money for this scholarship as I believe we have to give back. We are blessed in ways and we have to give back to our community. Stop looking at other people. Don't eat lunch every Monday and take that lunch money and create a scholarship or do something for a young person, for whatever your issue is," McKenzie said.

Before announcing the scholarship, McKenzie told attendees at the conference about her ordeal of being forced into prostitution, after taking up an offer to dance, in an effort to help pay her college tuition.

She spoke about the fear that her capturer drove into her and the struggles she had to endure for 18 months. According to McKenzie, she was raped and beaten to the point of almost her last breath, constantly.