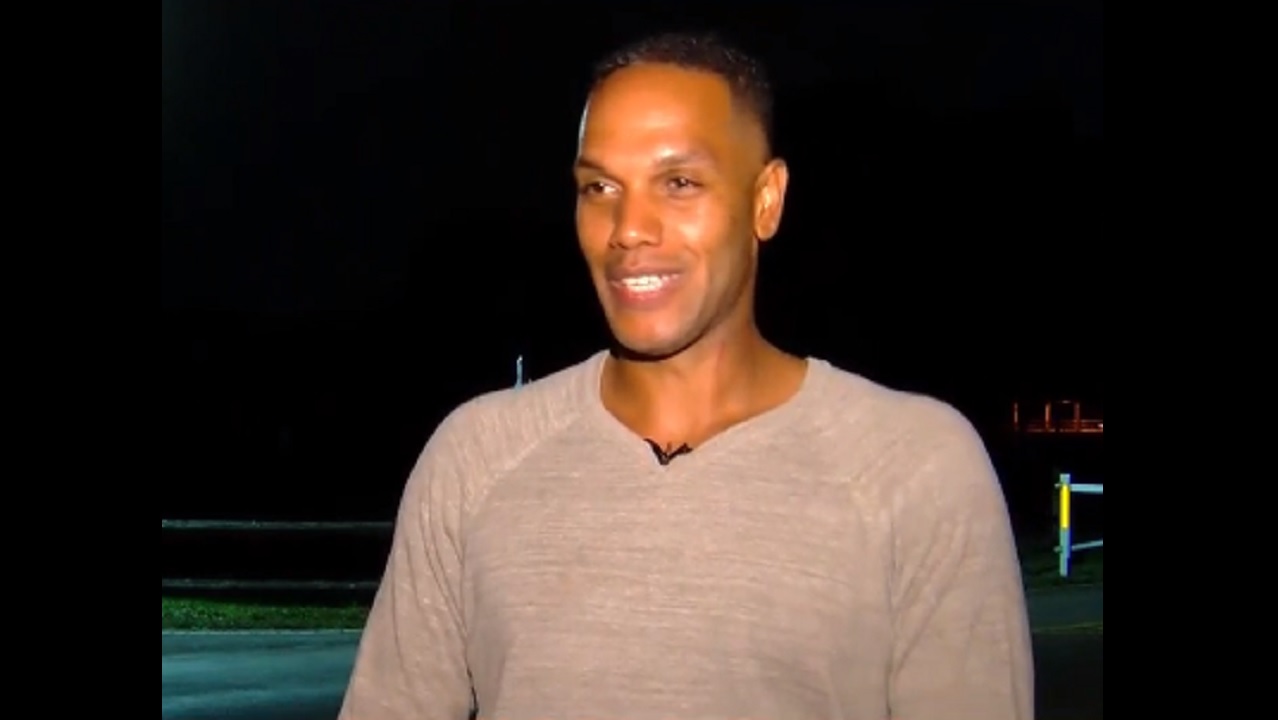 Vincent Johnson talks to the media in the US.

A Jamaican man is being hailed as a hero after he fought off a large pit bull and saved a little girl and many others from the vicious animal last weekend.

“I had one hand in the dog’s mouth while he had the other dog’s face and throat in its mouth,” Johnson told reporters. 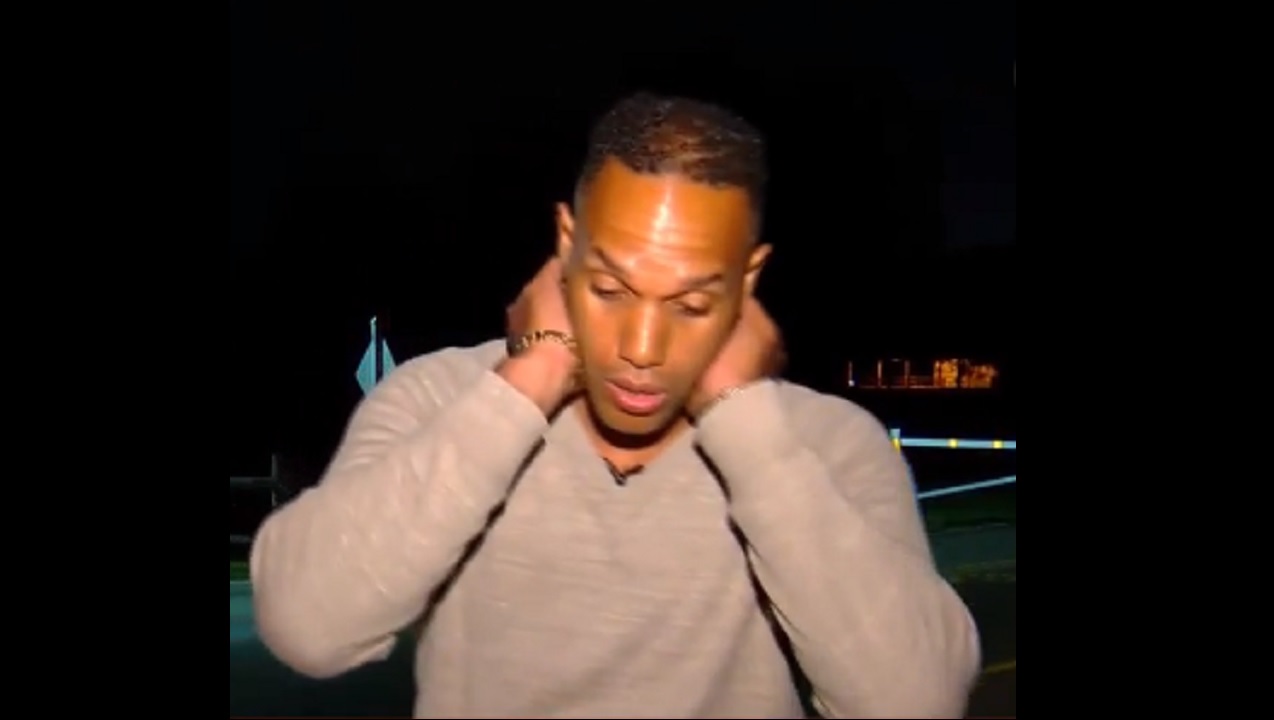 The pit bull was roaming free and attacked a small dog that was being walked on a leash by a little girl. The pit bull grabbed the small Yorkie in its powerful jaws and shook it like a rag doll until it died.

Then it lounged at the little girl.

That’s when Johnson kicked into action and fought off the bloodthirsty beast but not before suffering deep bites to his neck and hands. He somehow managed to control the dog until Palm Beach County Fire Rescue arrived and took the animal into custody.

The dog is currently being held by Palm Beach County Animal Care and Control.

The police subsequently questioned the owners of the pit bull.