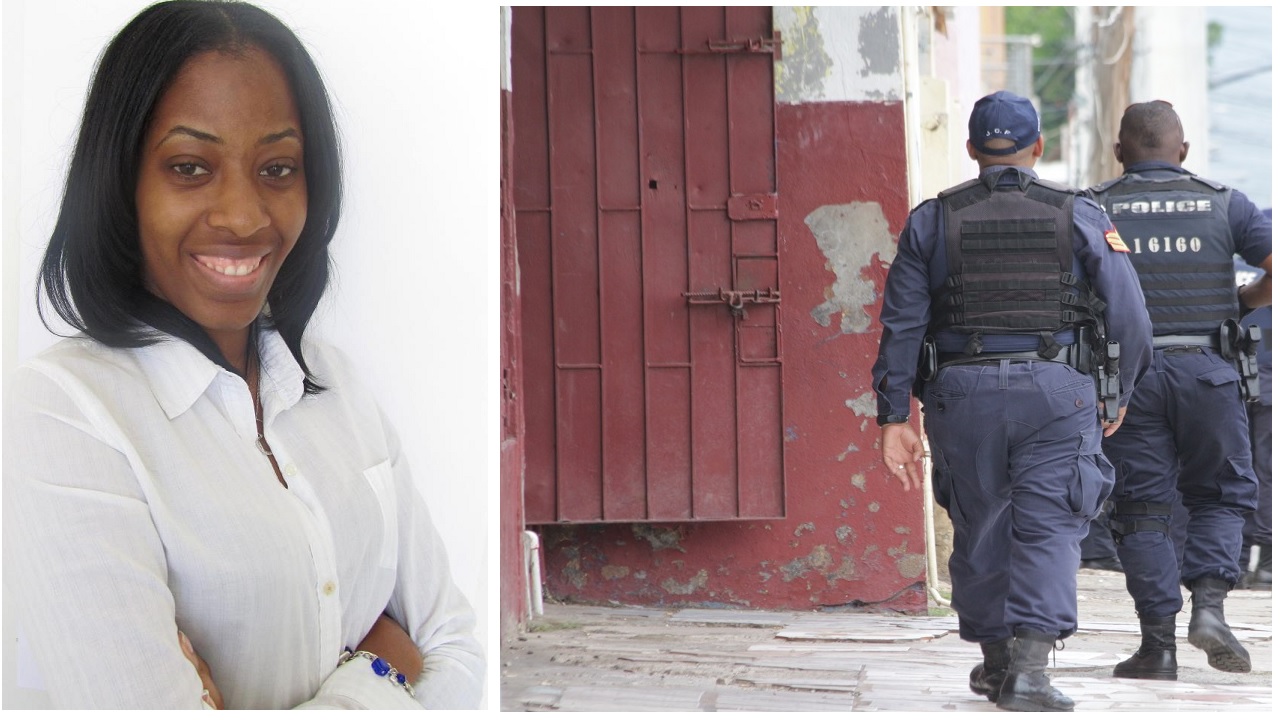 Sasha-Gay Lewis (left). At right is a file photo of police during an operation in West Kingston.

Jamaican filmmaker Sasha-Gay Lewis has won an international award for her short documentary on the 2010 Tivoli Gardens incursion.

Lewis received an Award of Recognition from Impact DOCS last week for the stirring documentary, The Incursion, which highlights the state-ordered raid by security forces on the inner-city community of Tivoli Gardens in West Kingston in search of strongman Christopher ‘Dudus’ Coke, who was wanted by the United States to face drug and gun running charges.

Told from the residents’ point of view, The Incursion provides an unfiltered look into the events of a day that brought Jamaica to a standstill, resulted in bloodletting, the resignation of a Prime Minister and the subsequent capture and extradition of Coke.

An emotional, character driven film, The Incursion shines a spotlight on the emotional and personal trauma the residents endured, and its lingering effects on their lives today. The film follows the story of Annette, mother of two and community stalwart, who lost her best friend and sister; Chris, biker and devoted husband, who lost a nephew; and Joan, grandmother to a grandson, whose body has never been found.

“The decision to make this film was not an easy one, but the process of discovery was what kept me going, because I really wanted to know the residents’ story,” Lewis, a former St Jago High student, said.

“Throughout the entire process, I kept asking myself what if it was me? If that was my family what would I have done? The residents experienced a traumatic event and then was re-traumatized by not being able to share their experience in their own words.

Rick Prickett, who chairs Impact DOCS, said the organisaton helps set the standard for craft and creativity and is a powerful catalyst for global change.

“The judges and I were simply blown away by the variety and immensely important documentaries we screened. Impact DOCS is not an easy award to win. Entries are received from around the world from powerhouse companies to remarkable new talent. The goal of Impact DOCS is to help winners achieve the recognition they deserve for their dedication and work,” said Lewis, who studied documentary filmmaking at the New York Film Academy.

Impact DOCS recognizes film, television, videography and new media professionals who demonstrate exceptional achievement in craft and creativity, and those who produce standout entertainment or contribute to profound social change. Documentaries were received from 30 countries, including veteran award winning filmmakers and fresh new talent.  Entries were judged by highly qualified and award winning professionals in the film and television industry.