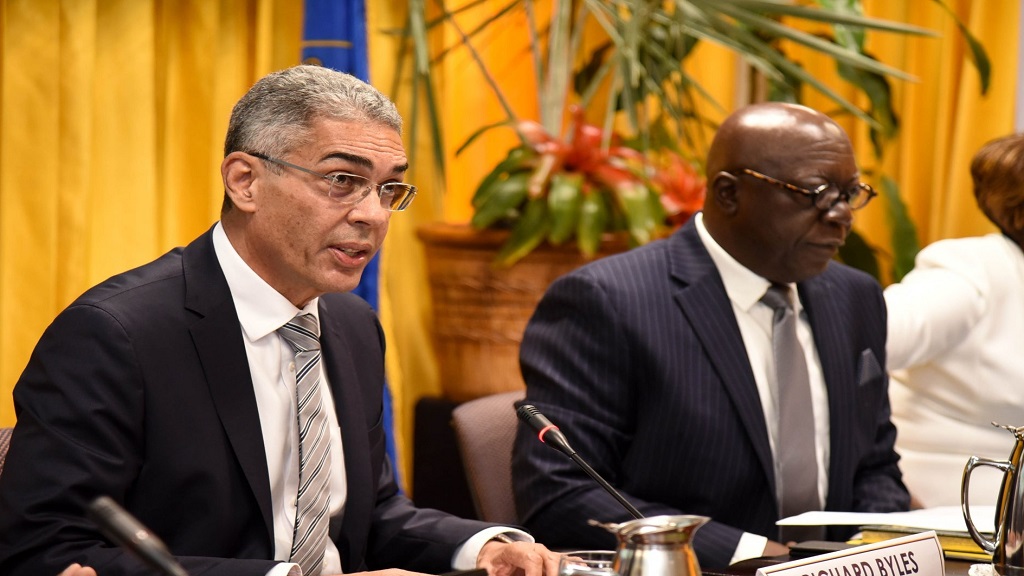 Bank of Jamaica (BOJ) Governor Richard Byles says the country’s economic outlook is characterised by significant uncertainty relating to the spread of the coronavirus (COVID-19).

“If the domestic and external responses to the pandemic have to be sustained for most of the next fiscal year, the Jamaican economy will contract significantly,” Byles stated.

He said the economy will shrink "somewhere a little more than three per cent” in the next fiscal year, April 2020 to March 2021.

In this context, the BOJ said it expects inflation to be at the lower end of the four to six per cent range over the fiscal year as well as the ensuing eight quarters.

Speaking to journalists via video conference on Thursday, Byles noted that growth would depend on the depth and duration of the economic impact of the virus.

In the near term, Jamaicans should expect some upward price pressures due to supply chain disruptions and weather-related increases in agricultural prices.

However, these will be offset by a sharp decline in oil prices and weaker consumer spending power, given the expected decline in economic activity.

Nonetheless, the BOJ’s monetary policy measures, along with the government’s fiscal stimulus, are aimed at mitigating the impact of this pandemic on the economy and supporting a speedy recovery once the crisis has passed.

"The bank stands ready to deploy additional measures, including a reduction of the policy rate and the cash reserves requirement, to ensure the continued smooth flow of liquidity to all participants in the Jamaican financial system and to maintain orderly conditions within the foreign exchange market," Byles said.

The BOJ on Thursday announced its decision to maintain its highly accommodative monetary policy stance by holding the policy rate unchanged at 0.50 per cent per annum.

The policy rate is the rate offered to deposit-taking institutions on overnight placements with the central bank.

The BOJ has also placed a halt on investment transactions that require the purchase of foreign exchange.

“As Jamaica tailors its own response to the escalating COVID-19 pandemic, I think it is important to emphasize that Jamaica’s financial system remains sound, well capitalised and its current holdings of Jamaica Dollar liquid balances remain adequate,” Byles stated.

The BOJ has already taken several pre-emptive measures to assure financial institutions and the public of adequate access to both Jamaica Dollar and foreign currency liquidity during this challenging period.

There are a total of eight such measures, three in respect of foreign currency and five to do with Jamaica dollar liquidity.

In relation to foreign currency liquidity:

In relation to Jamaica Dollar liquidity, the BOJ said it will facilitate expanded access through the following channels: