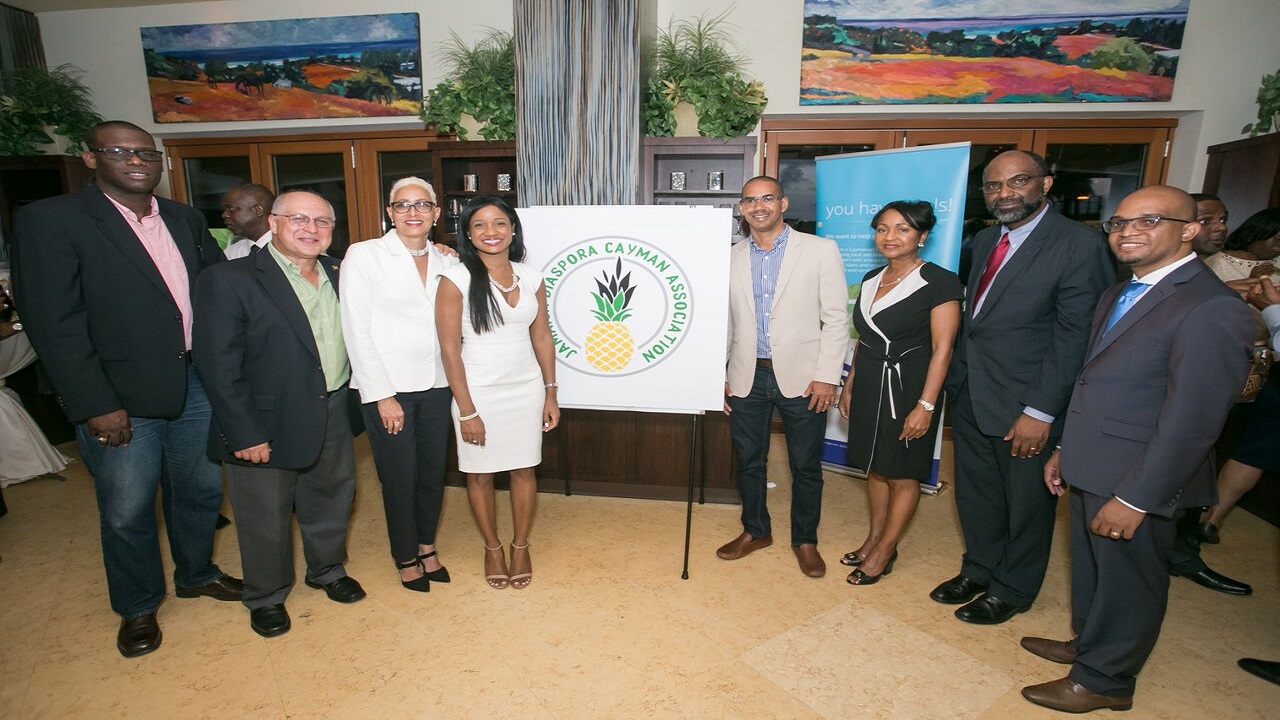 Founding members of the Jamaica Diaspora Cayman Association at the pre-launch in Grand Cayman.

The Jamaican Consulate in the Cayman Islands recently hosted a cocktail reception for the pre-launch of the Jamaica Diaspora Cayman Association (JDCA).

The event was intended to bring interest and awareness to the JDCA.

Explaining the rationale behind the move to launch the organization, founding member Jo-Anne Stephens explained: “Despite being the largest diaspora in Cayman and the cornerstone of the workforce in Cayman for decades, Jamaicans did not have a formal organization in which they could work together for the betterment of the Jamaican community and the community as a whole in the Cayman Islands.

“We realized a need for an organization that represents us, that celebrates the unique heritage and our rich culture while at the same time embracing the Cayman Islands and their culture,” Stephens said, adding “We recognize that many Jamaicans in Cayman identify as being Caymanian as well.  The organization is not intended to divide us but rather is intended to unite us and to deepen our relationship.”

Earl Jarrett, CEO of the Jamaica National Group and chairman of the Jamaica Diaspora Foundation, was the guest speaker at the JN Cayman-sponsored pre-launch at the Luca restaurant in Grand Cayman.

Jarrett, in his address, provided an overview of the contributions of the Jamaica Diaspora and the opportunities that exists between Cayman and Jamaica.