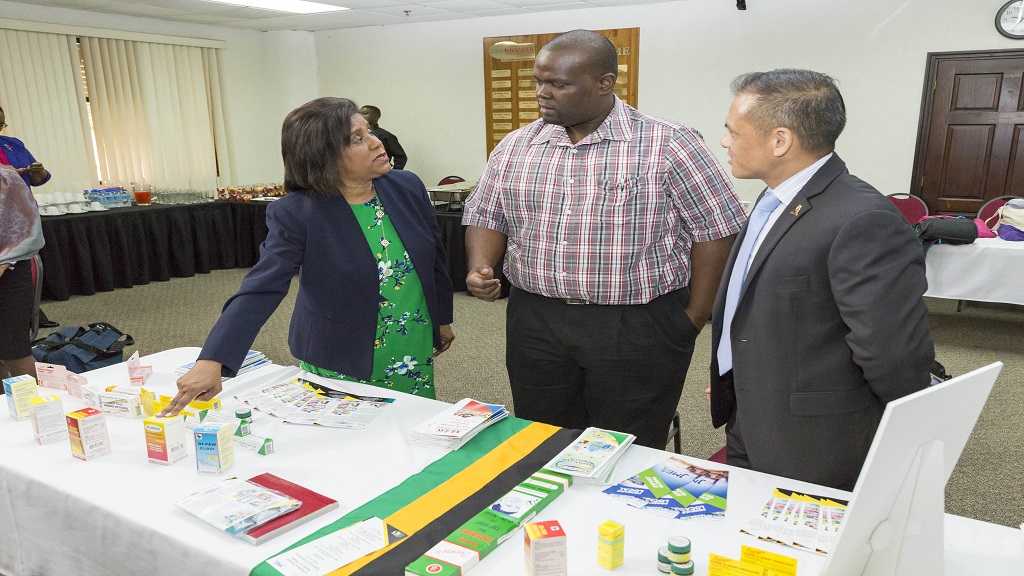 Senator the Honourable Paula Gopee Scoon, Minister of Trade and industry; Ian Taylor, General Manager of Jamaican company, Supreme Chemicals and Derek Luk Pat, Executive Director of Trinidad & Tobago Bureau of Standards take a look at Taylor's products after the opening ceremony of the JAMPRO and JMEA trade mission to Trinidad and Tobago.

Seven Jamaican companies are currently exploring export opportunities in Trinidad and Tobago on an export mission being led by JAMPRO and the Jamaica Manufacturers and Exporters Association (JMEA).

The companies had several meetings with Trinidadian buyers and entrepreneurs on Tuesday, after an opening ceremony which featured the twin-island republic's Minister of Trade and Industry, Senator Paula Gopee Scoon, and other representatives of Trinidad and Tobago's government and private sector.

The Jamaican delegation also participated in Trinidad's annual Trade and Investment Convention (TIC), which is a business-to-business event for manufacturers, service providers, buyers, distributors, financial institutions and investors to meet and conduct business. 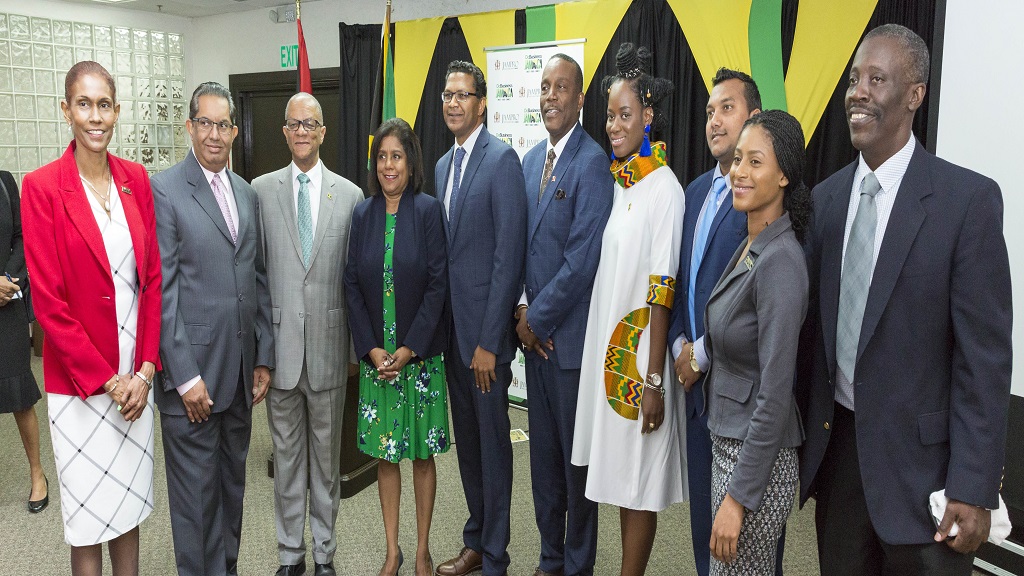 Members of the Jamaican delegation with Trinidad and Tobago officials

Manager of Agribusiness at JAMPRO, Marlene Porter, said that the agency is working with Trinidadian organisations to increase exports to that country.

In 2017, JAMPRO took 11 companies to the nation’s capital, Port of Spain, as part of its Caribbean Market Mission. Earlier this year, a Trinidadian delegation visited Jamaica to forge and strengthen business relationships between manufacturing companies in Trinidad and Jamaica.
Porter said JAMPRO was focused on increasing business between the islands

“The Caribbean region is a key target market of interest as the people of this region share similar tastes and consumption patterns. We have been working with Trinidad and Tobago and other countries in the region to build business relationships, so we are looking forward to strengthening these bonds not only between government agencies but between Trinidadian and Jamaican companies to increase export sales," Porter said.