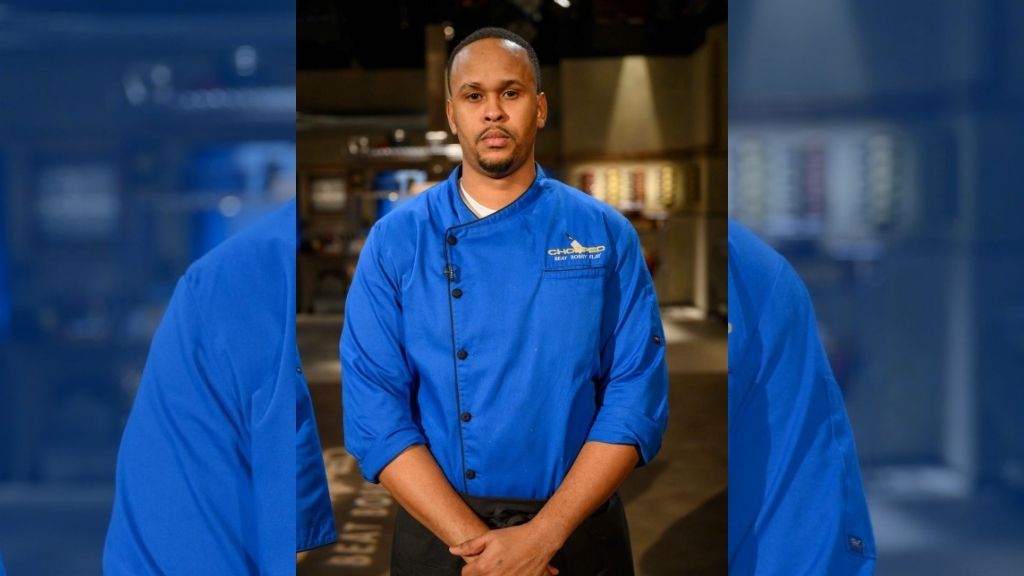 Multi-award-winning chef André Fowles, advances to the semi-final round of American cooking competition and television show Chopped on the Food Network!

The Jamaican-born, New York-based chef is one of 16 Chopped champions, who vied for a chance to battle American celebrity chef Bobby Flay, and a chance to win US$50,000.

His first appearance on the popular live-cooking competition was in February 2016, where he emerged the winner and recipient of the US$10k cash prize.

At the time, Fowles’ competitor in the final round was Trinidadian chef Brandon Soverall, and the two represented the Caribbean well, to say the least.

As the winner of Sunday night’s preliminary battle, Fowles secured a spot in the finale for a chance to take on Chef Flay for US$50,000.

In typical Chopped style, the first round required the chef’s use a ‘strangely sweet sandwich’ and ‘beautiful seafood’ to create a meal to blow the judges away.

Round two involves an unusual beef jerky product and a twist on hummus, and in the do-or-die dessert round, the remaining chefs have to use a special banana pudding and some fancy bacon.

Viewers will have to wait until the season finale airs to find out the next mystery basket food option. The Chopped: Beat Bobby Flay Battle 2 kicks off tonight on Food Network.

Are you a 'corona chef'? Some Jamaicans see COVID boost in kitchen