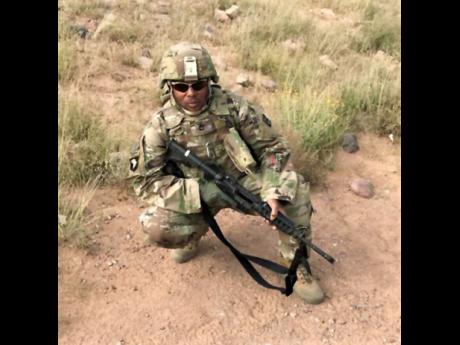 The Pentagon, the headquarters of the United States Department of Defence, has identified a soldier who died Tuesday in Kuwait from complications associated with “a non-combat-related incident".

Reports are that the soldier, who was Jamaican-born, collapsed while jogging with colleagues.

The deceased is 17-year US Army veteran, Sergeant Hughton Coopie Brown, 43, who was on a tour of duty of less than a year.

Sergeant Brown originated from Kingston, Jamaica, where he attended Wolmer's Boys' School in downtown Kingston before migrating to the US.

Brown was assigned to the 306th Engineer Company, 411th Engineer Brigade, Farmingdale, New York, and was supporting the US counter-terrorism mission in Afghanistan, known as Operation Freedom's Sentinel.

Kuwait is west of Afghanistan, with the two countries being separated by Iran and a narrow section of Iraq.

While further details on the circumstances surrounding the soldier’s death were not given by the Defence Department, the agency said the incident is under investigation.

A US Air Force officer, Tech. Sgt. David Board, also died in Kuwait from what was also labelled as a "non-combat-related incident" in early August of this year.

US Rep: Trump says fallen soldier knew what he signed up for