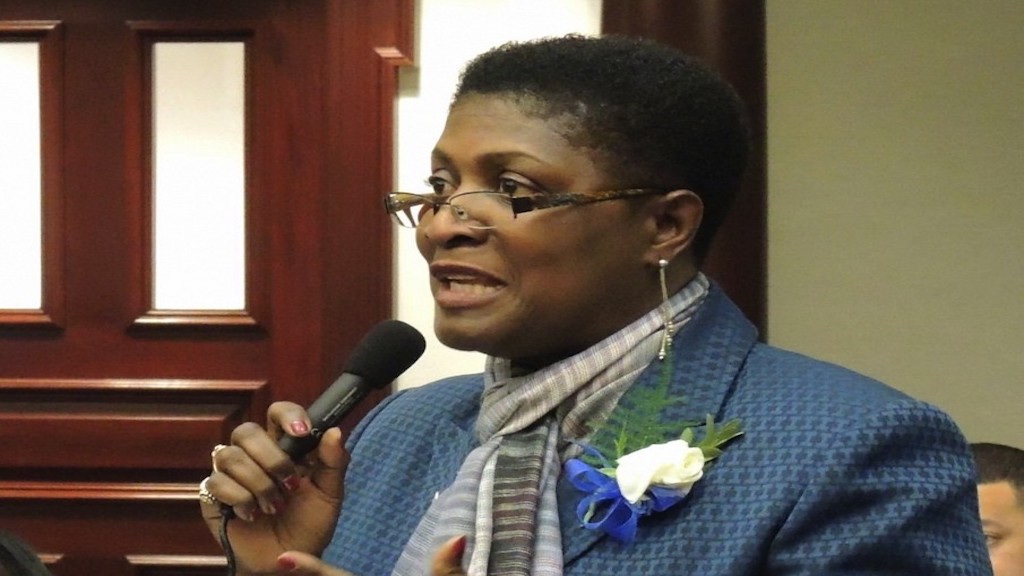 Mayor of Lauderdale Lakes in Florida, Hazelle Rogers is urging Jamaicans to consider their options before taking the decision to migrate.

Rogers, who has served in public office in South Florida for 20 years and is the first Jamaican and second person from the English-speaking Caribbean to be elected to the Florida House of Representatives, says the grass is not necessarily greener.

“When I came to America in 1969, days before my 17th birthday, it was not my choice.  My mother knew what she wanted for her children.  Today, there are children who are in this country by no action of their own and are caught up in every unfriendly, immigration policy," Rogers told Loop News.

"Family sponsorship of family members are being challenged and we are experiencing longer waiting periods based on priority.  Brain drain will always be encouraged and given priority based on regional and economic factors both in the US and abroad.  Before you make a decision to leave Jamaica, land we love, an open and honest discussion must be entertained.  The grass always look greener, but the weed also tells a different story,” she added.

But despite the warning, Rogers said the majority of Jamaicans who do make the transition carry the pride of a nation on their shoulders and acquit themselves well. She beamed with pride at the achievements of Jamaicans, who form the largest group of English speaking immigrants in South Florida.

“Jamaicans influence the community wherever we live. Our strong cultural presence, business ventures and entrepreneurial spirit and our political engagement are just some examples of our successful narrative," Rogers said.

She noted that Jamaican-Americans represent the most elected officials from the English speaking immigrant community and that they voice their concerns at every level of government.

Hazelle Rogers was born in Kingston, Jamaica and although her home is in South Florida, she has not severed ties with the land of her birth. Rogers is eager to express her love for her homeland.

“People still love Jamaica and, for me, the first place to spend my hard earned dollars is Jamaica.  For that reason, I have personally adopted the Portmore Marching band,” she said.

Crime and violence has long crippled the Jamaican economy and society, and has been a turnoff for many in the Diaspora who wish to visit their country and enjoy themselves with the encumbrance of fear. The gun is weapon of choice in the island which ranks among the world’s top countries in terms of a high murder rate. But guns are not manufactured in Jamaica and it has long been theorised that most of the guns and ammunition that flood the island enter via the United States.

Rogers urged both Governments to engage on the issue in order to assist a bleeding Jamaica to reign in the out of control murder rate.

“That should be a negotiation between the Jamaican government and the United States of America. I believe the Ambassador should be engaging the Diaspora and advising on the issues that are priorities for Jamaica and, like other immigrant communities, we understand our influence and are ready to advocate,” she said.

Rogers has also served as president of the Broward League of Cities in 2004, the Democratic Deputy Whip from 2010-2012, and again for 2012-2016 and the Democratic Ranking Member on the House Transportation and Economic Development Appropriations Subcommittee since 2012.

As a freshman legislator, she was successful in having two bills passed in her first session; a bill that governs the transfer of motor vehicle titles in a person-to-person sales transaction, the other makes substantive changes with regard to substance abuse and mental health deliverables. In 2014, she passed a bill that exempts school districts from liability for donating food to local charities, and was also a strong advocate for in-state tuition for undocumented students which earned her the Broward College 2014 Award for support of the ‘Florida Dreamers’ Legislation.

In 2009, she initiated the Caribbean Heritage Day Celebrations at the Capitol honoring the many contributions of Caribbean-Americans.

Jamaicans in South Florida took no chances with Hurricane Irma