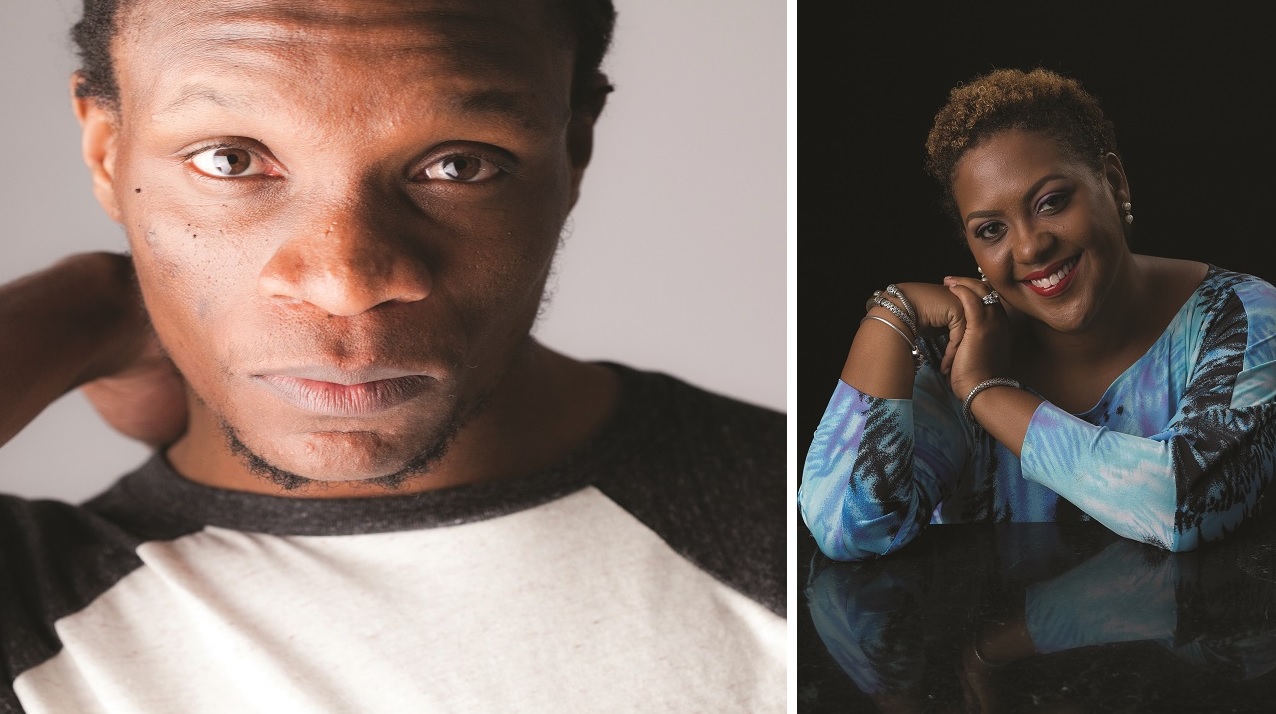 The British Council will be supporting the participation of Jamaican artists Tanya Shirley and Ishion Hutchinson at Contains Strong Language, the UK’s biggest poetry and performance festival of new writing, slated for September 28-30 in Hull.

Contains Strong Language is the BBC’s national poetry and spoken word festival. It is a partnership between the BBC, Wrecking Ball Press, Arts Council, Absolutely Cultured, 14-18 NOW and the British Council.

Building on the huge success of last year’s inaugural festival, Hull welcomes 18 poets – the Hull 18 – along with local, national, and international artists celebrating poetry and spoken word through 30 events over the three days.

Unwritten Poems, a British Council-led project that took place in June, invited contemporary Caribbean Diaspora poets to write into that vexed space, exploring the nature of war and humanity – as it exists now, and as it existed during World War I.

Elated by the opportunity, Shirley shared her thoughts ahead of the event.

“I’m looking forward to hearing other people’s work; to hearing what angle other people took. I’m really excited to hear their narratives. I’m a firm believer that writing has to be a kind of solitary act, and I’m excited by when that writing becomes a communal act and how the writing is transformed through the act of performing and sharing with other writers,” Shirley said.

As for her expectations, she explained, “I hope to take away the fact that there’s a community of writers really consciously working on filling in the gaps, the voids, giving us new perspectives and presenting alternative discourses to the ones that we often learn about in the dominant discourses that we’re fed, particularly in the classroom. I’m especially excited about the fact that it’s going to be published, and I look forward to seeing that collection, and encouraging students to find their own ways to fill in the gaps in their own narratives and to better understand ourselves.”

“I’m looking forward to meeting all the other participants and hearing about their experience of using this material, too, and to hear their work. I want to read and have conversations about this part of our history. I imagine we have all taken different approaches and I’m curious to see the outcome of this,"  Hutchinson said, adding that "There’s a real sense of urgency around this kind of work, and the opportunity to really be in a community of writers, thinkers, and questioners is always fascinating, especially in our current political climate when there is a lot of silencing happening and at the same time a lot of noise. To have critical dialogue, time to think things through communally is really vital and important. I consider the event in Hull and this entire project to be fulfilling that kind of service.”

He continued on the note of further understanding what the Unwritten Poems project has summoned each poet to do and what it could mean for the Caribbean and world at large. “I’m very happy that there’s a book being made, but maybe there will be other things that can be accessed by people in the Caribbean, that will be more widely distributed at institutions and schools back home. I hope that on a wider scale, events could be created all over the Caribbean that bring the various poets and writers involved to different Caribbean countries to host more public events and conversations that stem from the project.”

British Council Country Director Olayinka Jacobs-Bonnick highlighted the importance of a stronger Caribbean narrative in adding value to the ongoing global discourse around WW1 and the invaluable role the region played.

“I have quite a personal connection to this programme. My paternal great grandfather was relocated to the Caribbean from Scotland after serving in WW1. He came to build the railway. When meeting with the young Caribbean poets who participated in the Unwritten Poems programme in Jamaica in June, we discussed the displacement of Caribbean people who left the region to go and fight in WW1 and the effect that had on families, migration, nation building and why their stories had never been told," he said.

Jacobs-Bonnick added: "I encouraged them to also consider the reverse – the stories of people like my great-grandfather. What effect did being relocated to the Caribbean from the UK; have on the existing social norms both here and in the UK? What was the impact of this on the construction of our Caribbean identity and on the families may have been left behind, the new families that were formed. We must tell those stories too.”

Watch: British High Commissioner reflects on a year in Jamaica