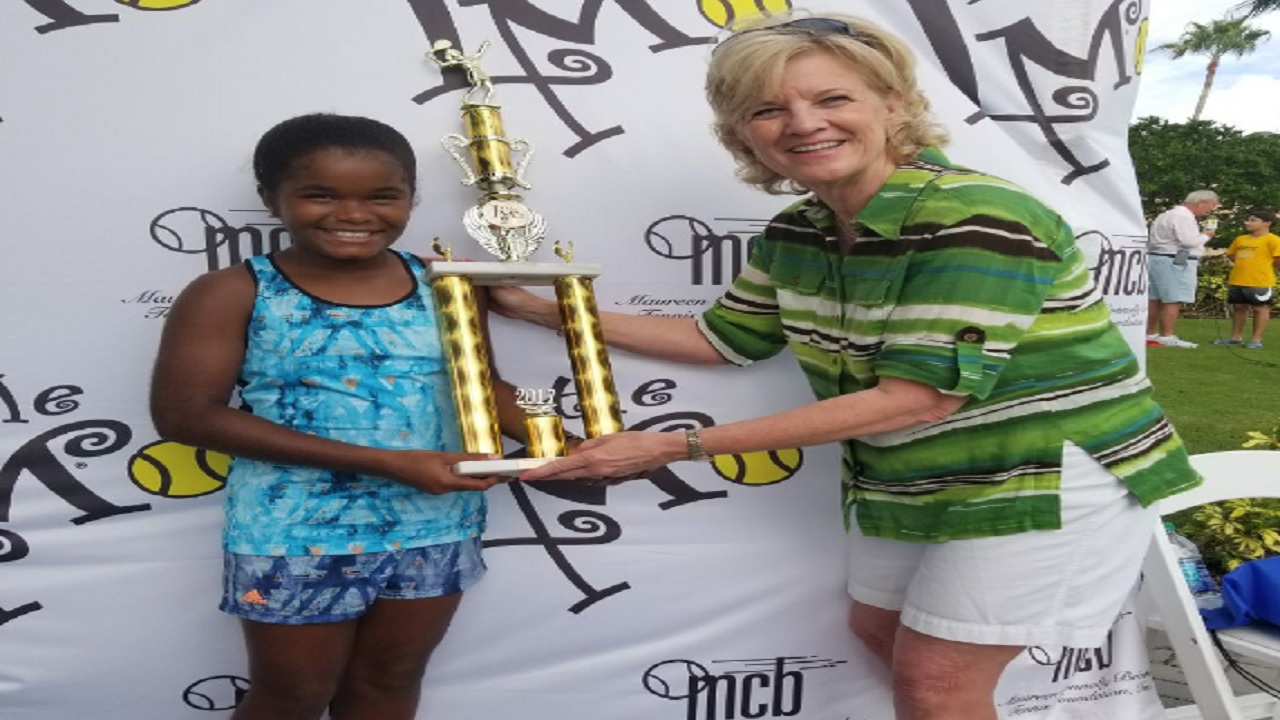 This is the second time James is winning the Little Mo International title as she captured the 8 and under title in 2016.

On route to securing the December 1-6 championship, James who was seeded 4th, received a bye in the first round and then played two Canadians Isabella Marton and Justine Tardiff in the second and third rounds,  winning those contests 6-1, 6-0 and 6-1, 6-4 respectively.

In the semifinals, James defeated the number 2 seed Natalie Oliver, who is the number 8 ranked player in the United States, and won 7-5, 6-1.

In the final, James faced Sasha Kilgour the number 1 seed, who also had a tough semi-final match overcoming Paola Pieragostini from Spain 7-6, 6-1.

James started strong and went up 3-0, but Kilgour rallied and was serving for the 1st set at 6-5. James held her nerve to level the match at 6 all and then took the tie-breaker 7-4. The match was characterized by powerful hitting and long rallies from both players. In the second set James used her forehand and fluid movement to dictate play, winning the set at love.

The Little Mo Internationals is one of the premier junior tournaments for children aged 8-12 bringing together the brightest young tennis players from around the world.

The championships are held in honour of Maureen “Little Mo” Connolly who was the first woman to win the calendar grand slam in 1953.

Connolly is still the only American woman and youngest ever to have accomplished this feat.