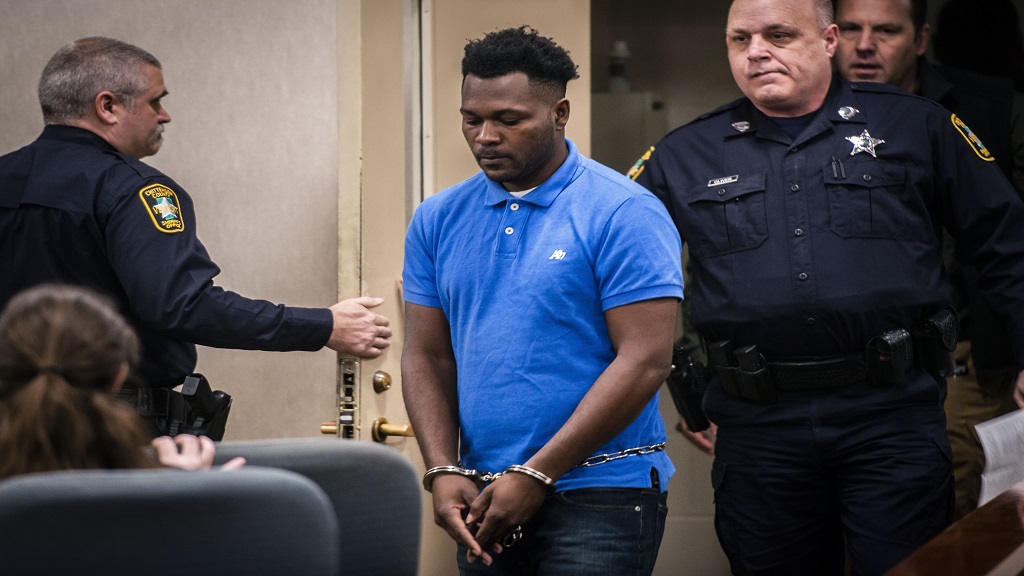 A man authorities say killed the mother of his children in South Burlington and then fled to Jamaica, leaving the victim's family wanting for justice, pleaded not guilty Tuesday in an emotional court hearing.

Leroy Headley, 38, is charged with second-degree murder in the May 3, 2018, shooting death of his girlfriend, Anako "Annette" Lumumba.

Lumumba's extended family and friends filled one side of the courtroom, with her mother wailing as Headley entered and exited the proceeding. Her brother Adophe Lumumba said afterward that Headley's arrest was a relief and that the arraignment was a day the family had been waiting for.

“It's all about family from now on, and that's all my focus," he said.

Headley's arrest has been a long time coming for the family, and holding him accountable will help the family move on with their grief, said prosecutor Sarah George.

“I think part of it for them is they haven't seen him, that this horrific thing happened in their life and then he was gone," she said after the arraignment.

“Not knowing where he was these last couple of years and not knowing whether he was around or going to be back in town at any point ... is a really unsettling feeling for a family who believes that this individual murdered their family member,” George said.

Headley is accused of shooting Lumumba and then fleeing. As police responded to the home, a 911 call came in from a man who stated, “I shot her, I shot her,” and gave the address of the South Burlington home, according to a police affidavit. The phone was registered to Headley, police said.

Headley's brother also walked into the police station in Falmouth, Massachusetts, to report Headley had called him and told him he shot his girlfriend in the head, the affidavit said.

Authorities had been searching for him since. Headley's car was found on May 18, 2018, in Albany, New York. The US Marshals Service said he had ties to Jamaica, where he was originally from, and across the US and Canada. The service added him to its 15 most wanted list in January.

Headley was arrested by Jamaican authorities on February 5 in Negril, officials said. He was taken to Vermont on Saturday and was being held without bail at the Chittenden Regional Correctional Facility.

He had a second warrant for his arrest related to a sexual assault case, alleging that he engaged in a sexual act with a child under age 16, police said. He had previously pleaded not guilty.

Killer, rapist said to have been spared deportation flight to Jamaica