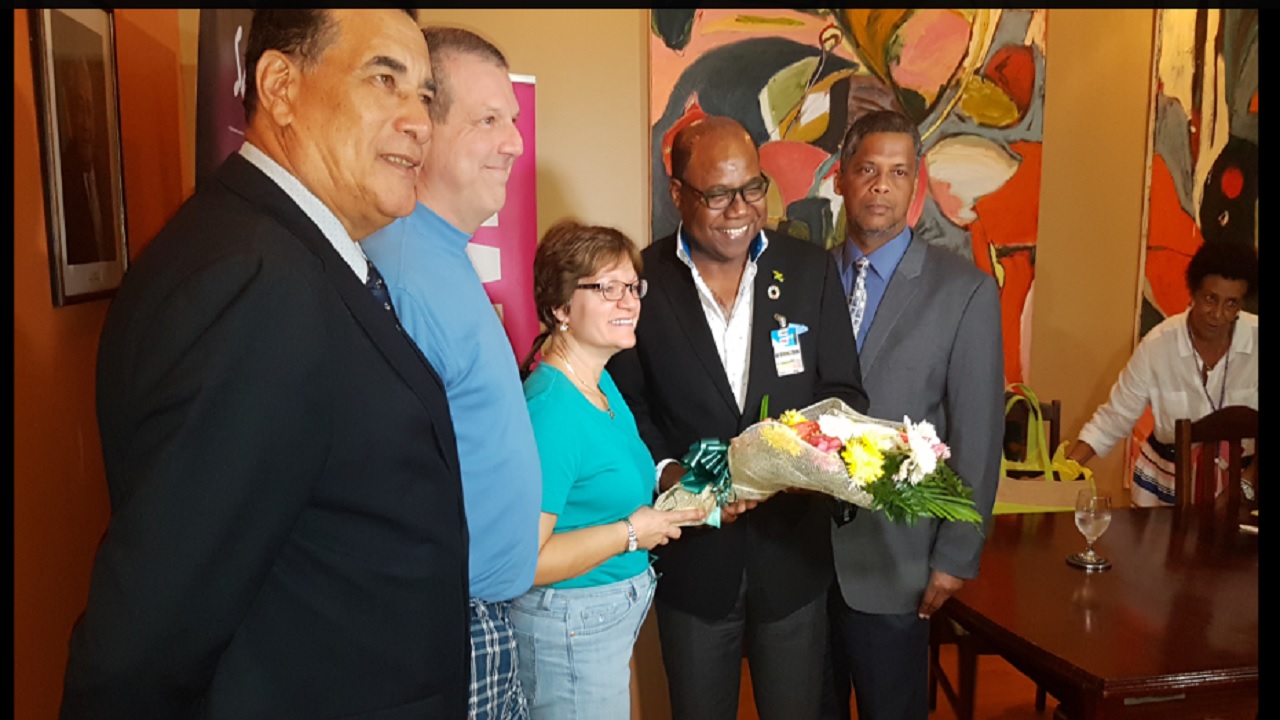 Jamaica on Friday welcomed the arrival of a record four million tourists to the shores since the start of the year.

Tourism Minister Edmund Bartlett is now projecting that by the end of the year, the destination will welcome  4.3 million visitors, or an increase of over 500,000 more than visited last year.

This figure is expected to be realised by the forecasted arrival of some 2.3 million stopovers and 2.1 cruise visitors.

Bartlett also predicted a bumper period during the month of December.

"We think that we will end the year over eight percent base on current trend, because the month of December is trending at 15 per cent over last year and that is going to make December a truly record month also," Bartlett argued.

He was speaking at Sangster International Airport in Montego Bay, St James on Friday after welcoming  the four millionth visitor to the island, Jill Bell and her husband, Steve.

The minister also disclosed that the four million arrivals have pushed earnings in the sector to nearly $3 billion since the year started .