Jamaica weather forecast at 5am Monday, January 20, 2020 by the Meteorological Service Division.

Comment… The pre- frontal trough will remain the significant feature until Wednesday, when a cold front associated with the trough is expected to move across the island. 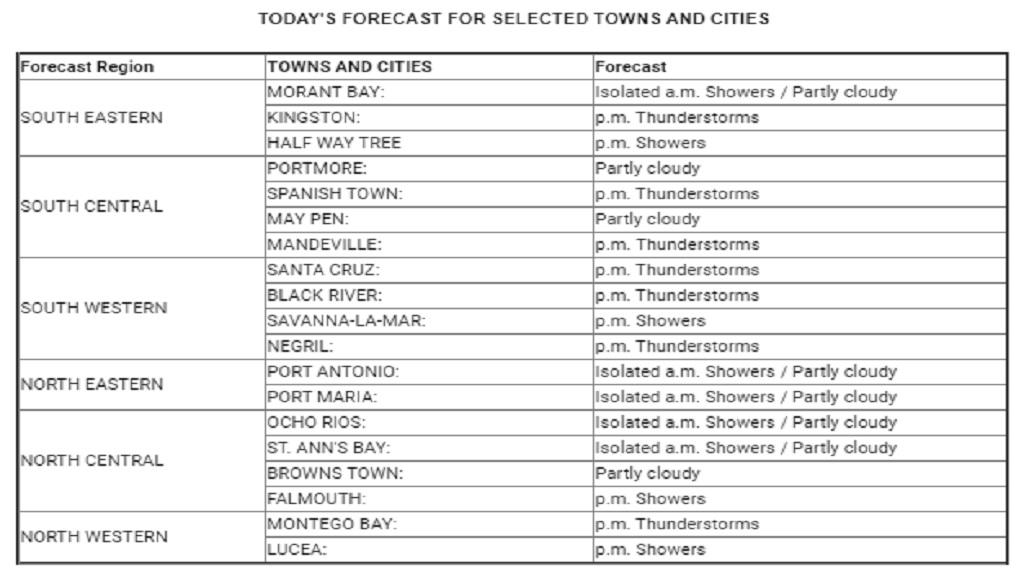 Other Current Regional Weather Features
A cold front across the northern Bahamas.

Cat 5 hurricane unprecedented for being so far north, east