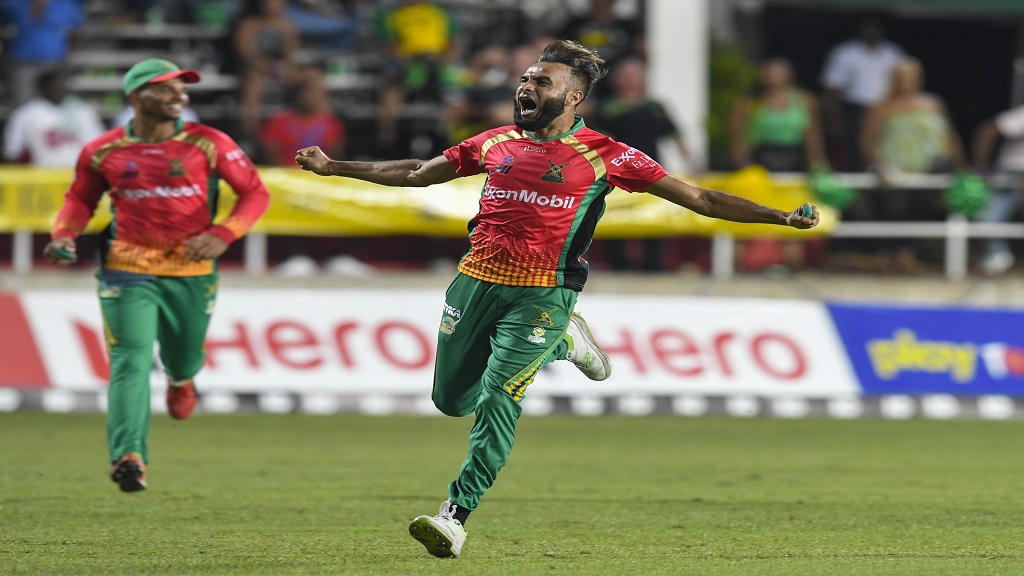 Jamaica Tallawahs were thrashed by 81 runs by Guyana Amazon Warriors in the 15th match of the 2019 Hero Caribbean Premier League (CPL) on Wednesday night at Sabina Park in Kingston.

Sent in to bat, Guyana Amazon Warriors piled up a franchise-record 218 for six from their allotted 20 overs and then bowled out Jamaica Tallawahs for 137 in 17.3 overs.

It was the fifth defeat for Jamaica Tallawahs in six games this season and the result kept them bottom of the six-team table with two points.

Contributions throughout the order – led by skipper Shoaib Malik’s unbeaten 67 – powered the Warriors to their 218 for six, surpassing their previous best of 212 made in 2014. 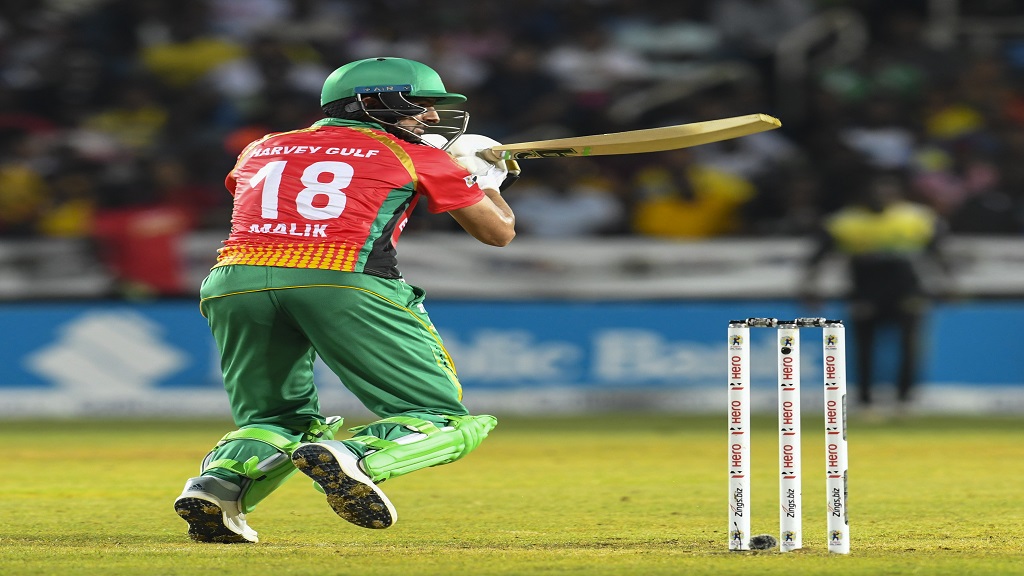 Shoaib Malik of Guyana Amazon Warriors on the go during his unbeaten 67.

The Warriors’ spin-heavy attack then made short work of the Tallawahs’ top order and, despite the returning Andre Russell briefly threatening to do something extraordinary once again as he blasted 40 in 19 balls, the table-toppers eased to their fifth straight win.

Imran Tahir made a key double-strike in the Power Play, removing Chris Gayle for seven and Chadwick Walton for  15.  Chris Green removed Javelle Glen for four, and Qais Ahmad got George Worker out without scoring with a full-toss.

With eight overs gone, four wickets down and just 51 on the board, the game looked up. Russell was next at the crease. After two balls he was 10 not out and after his first two overs at the crease, the score had leapt from 51 for four to 89 for four, with Russell on 29 from just nine balls. Three of those nine balls were hit over the boundary.

Glenn Phillips, having seen the rest of the top order obliterated, was a willing ally and brought up the 50 partnership - and Tallawahs 100 - with a slap over cover for six as Keemo Paul struggled with his radar and front foot, sending down a pair of no-balls to offer free-hit opportunities to two batsmen who hardly needed encouragement. 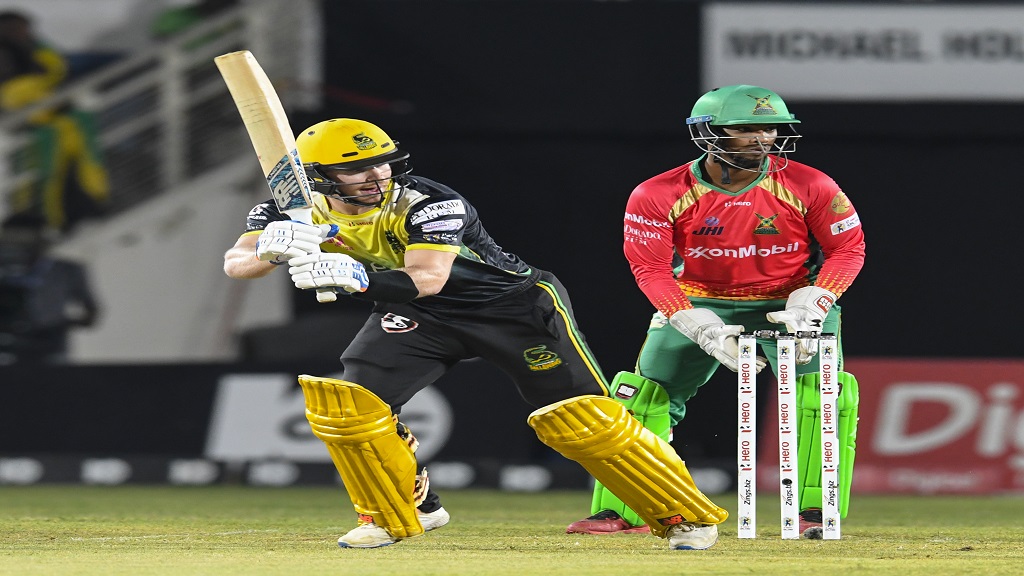 The partnership had reached 60 in 30 balls when Odean Smith came on and ended Russell’s fun and settled Warrior nerves. There was, in truth, little special about the delivery, but Russell failed to get the elevation he wanted on a flat-bat to cover and Malik held a stinging catch.

With Russell gone, the game went away quickly. Paul, having gone for 33 in his first two overs, took three wickets in his third. First and most significantly he had Phillips caught behind for 40 to end any realistic hopes the Tallawahs had of getting close, before Dwayne Smith (six) sliced one to deep point and Ramaal Lewis (one), surprised by extra bounce, give Nicholas Pooran another catch behind the stumps. 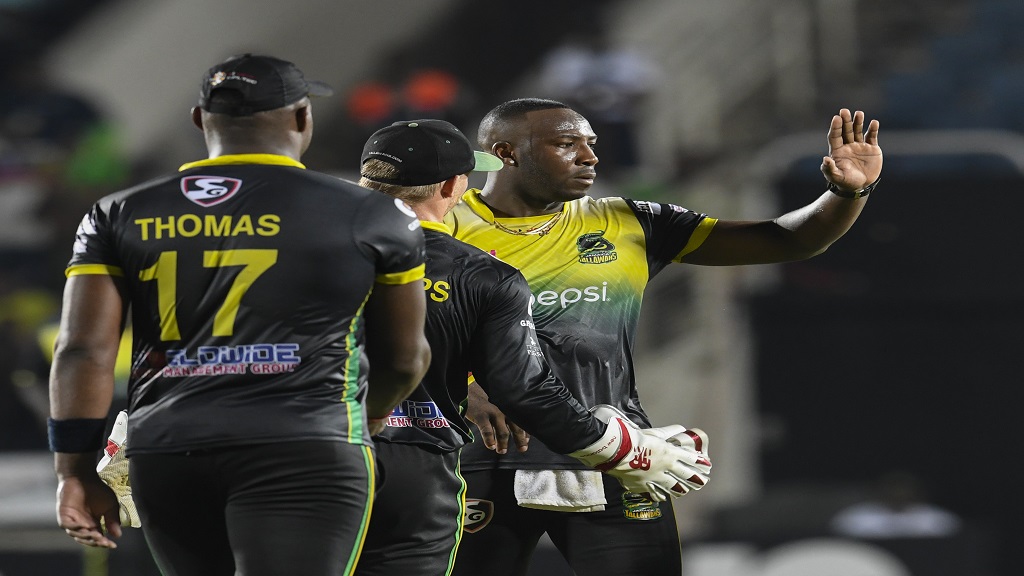 Zahir Khan then ran himself out for nought before some wild running and occasionally successful swiping from Jade Dernbach (12) and Oshane Thomas (two not out) took the score to 137 before Qais finished things off.

While the Warriors bowling was impressive, this was a victory earned with the bat. The Warriors always had an aggressor at the crease as they cruised past 200 in a well-constructed innings built on solid partnerships for the second, third and fourth wickets.

After Chandrapaul Hemraj was dismissed by Dernbach’s first ball of the night in the second over without scoring, Shimron Hetmyer (44) took up the initial attack while Brandon King (59)  played the support role.

Hetmyer swatted the fourth ball he faced over midwicket for a six and then crashed four fours from Dernbach’s second over. Thomas’ second over was also targeted, two more fours and a magnificent six hit in-to-out over extra cover.

When Hetmyer fell six short of a half-century, bowled by a bail-trimmer from Dwayne Smith, King took over.

Having been nine not out from 15 balls at one stage, King raced to his half-century in just 18 further deliveries. Zahir Khan and Dwayne Smith were both struck for back-to-back sixes, with King hitting four fours and six sixes in all before holing out to long-on in Lewis’ first over for 59.

Exit King, enter Shoaib. Warriors captain Malik had, like King earlier, been prepared to play second fiddle while a team-mate was flying. Shoaib had just 12 from 11 balls when King was dismissed, but flayed Thomas over point for six in the next over before putting Lewis on to the roof.

Now, though, the Warriors had two players cutting loose, Pooran hitting perhaps the two most attractive sixes of the night with a one-leg pull off Thomas and a glorious straight drive off Dernbach.

Russell got him for 20 from 11, top-edging a short ball to keeper Glenn Phillips, but Malik continued to find the boundary and was joined by Sherfane Rutherford who hit Dernbach for back-to-back sixes before skying one to square-leg to give the bowler a measure of revenge.

Malik went through to his 50 from 31 balls, though, steering the Warriors to their biggest ever score and consolidating top spot in the Hero CPL table, two points clear of defending champions Trinbago Knight Riders.