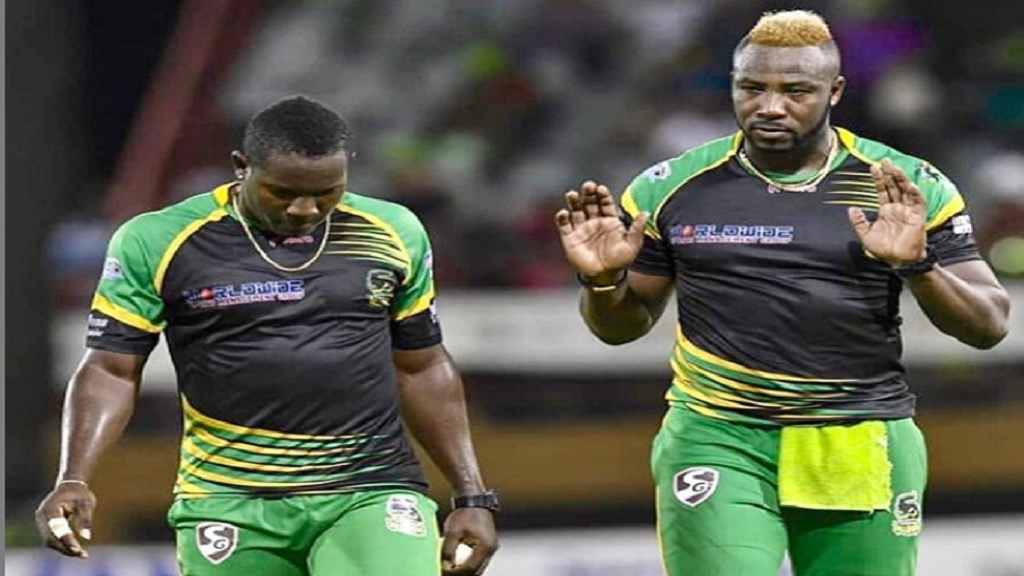 Rovman Powell (left) and Andre Russell are two of the four Jamaicans retained by the Jamaica Tallawahs franchise for the 2020 Caribbean Premier League.

The Jamaica Tallawahs have selected four Jamaicans as the Caribbean players who will represent the franchise at the 2020 Hero Caribbean Premier League (CPL).

The players selected are Andre Russell, Rovman Powell, Oshane Thomas and Chadwick Walton ahead of the CPL draft.

A release from the Tallawahs noted that "international retentions and signings will be announced at a later date."

This year teams can retain as many players from their 2019 squads as they wish. They could also transfer players to other teams and sign emerging players.

The 40-year-old Gayle played for the Tallawahs in the first four CPL seasons, before going to St Kitts and Nevis Patriots for two years.  He re-joined the Tallawahs last season and made 116 in his second game, but ended the season with 243 runs in 10 innings as the franchise finished bottom of the table.

Gayle has won the CPL title twice with the Tallawahs and played in the final with the Patriots in 2017.

The T20 specialist will be suiting up for the St Lucia Zouks this season.

Tallawahs CEO, Jefferson Miller, said "the Tallawahs organisation will be seeking to rebuild in 2020. We are extremely excited to have Andre Russell back for another year. Andre was recently named as the leading T20 cricketer in the world by the 2020 edition of Wisden Cricketers’ Almanack.

“We are delighted for the opportunity to retain Oshane Thomas and Rovman Powell, both rising stars in West Indies and world cricket. I’m looking forward to having the veteran Chadwick Walton back in the dressing room.

“Chadwick brings a wealth of leadership experience to the team and has been a dominant player over the years in the CPL.  Overall, we are looking forward to successful CPL 2020 and returning the championship to Jamaica.”

The CPL is scheduled to take place between August 19 and September 26, but the tournament organisers are currently watching the current situation with COVID-19 closely and are liaising with medical advisors and governments.

They will make a decision on whether the tournament can proceed as planned, or at a different time, as soon as possible.

Worldwide more than 4.3 million have been infected by the coronavirus and about 298,000 have died according to a tally by Johns Hopkins University.