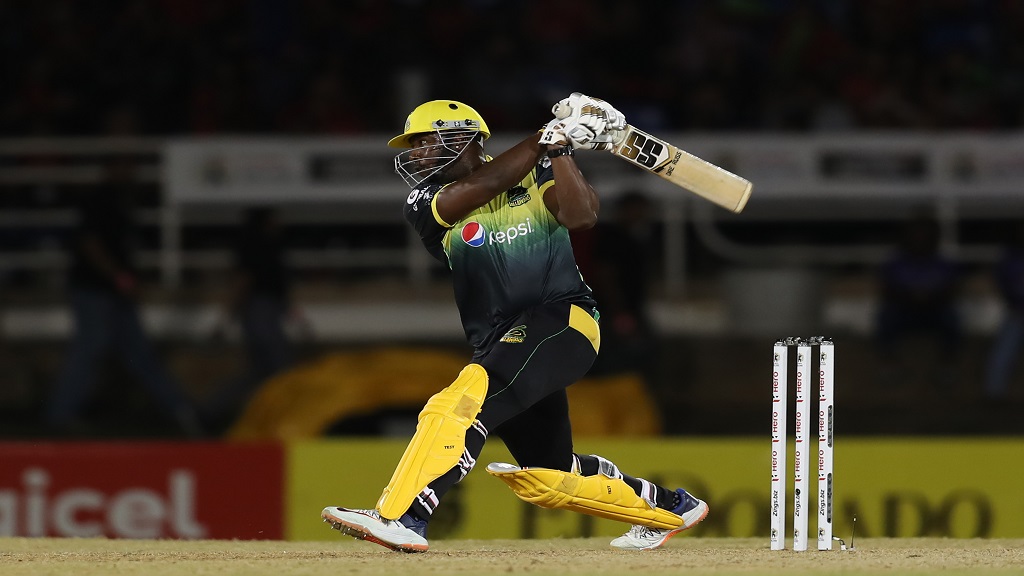 Jamaica Tallawahs suffered an immediate setback in the 2019 Hero Caribbean Premier League (CPL), going down by 22-run against Trinbago Knight Riders (TKR) in their opening game on Friday night at Queen's Park Oval in Trinidad and Tobago.

It was the second victory for the Trinbago Knight Riders from two games.

Andre Russell at one stage threatened to pull off an unlikely victory for the Tallawahs but he was dismissed for 44 off 22 balls.

Last year, Russell had won a game against the Knight Riders almost single-handedly from a seemingly impossible position with a century for the ages, and for a while, he threatened something similar in a game TKR had otherwise dominated.

The Tallawahs needed 99 from 42 balls when Russell came to the crease, but he smoked the third ball he faced high and handsome over wide long-on for six. When he muscled the next one down the ground and was dropped by Jimmy Neesham – the ball rolling into the rope for good measure – a repeat of 2018 looked all too feasible.

Ultimately, though, he had been left just too much to do on this occasion. Despite three more monster maximums and the able assistance of George Worker, who finished with 46 and more than played his part in a thrilling 67-run stand it was instead a maiden Hero CPL half-century for Tion Webster and Sunil Narine’s all-round efforts for the Knight Riders that proved decisive.

Webster batted through the TKR innings for his unbeaten 66, with the Knight Riders given early impetus by Narine’s quick-fire 46 at number three. Kieron Pollard made 33 not out at the back end of the innings to lift the total to 191 for four before Narine added figures of two for 23 from four overs to his night’s work.

Narine got the first Tallawahs wicket to fall, following his batting exploits with the crucial dismissal of Glenn Phillips. The Kiwi keeper-batsman was the second-highest run-scorer in last season’s tournament but made just six in his first outing of the 2019 Hero CPL before being bowled by one that spun through the gate.

Chris Gayle hit back-to-back sixes off Mohammad Hossain and a huge six down the ground off Ali Khan on his return to Tallawahs colours but fell to the American’s very next ball for 28 as sub fielder Akeal Hosein held a juggling catch at deep midwicket.

Rovman Powell (one) picked out Khary Pierre in the deep to hand Seekkuge Prasanna a wicket in his first over to leave the Tallawahs three down and falling well below the required rate.

The squeeze was on. Narine, Pierre, and Prasanna at one stage had combined figures of two for 32 from seven overs to leave the Tallawahs limping along below a run a ball at the halfway stage of the innings.

Something had to give, and it did in a loose opening over from Neesham. Chadwick Walton smeared a high full-toss over way over the third-man boundary for six and added two further boundaries in an over that brought 17 to the total but still left the target at a daunting 109 from 48 balls.

The return of Narine brought the end of Walton for 28, Neesham taking the catch, but that brought Russell to the crease.

Narine was slog-swept miles over midwicket for Russell’s second six and even though the target had by this point reached 71 from 24 nobody was ready to call this one for the Knight Riders while the hard-hitting Jamaican remained.

Russell smacked two more fours off Ali Khan before a no-ball was paddled for four by Worker. The next ball clattered the off stump, with Khan and his team-mates briefly forgetting it was a free hit.

In truth, though, there was no margin for error and too many dot balls in between the sixes did not help the Tallawahs, with the target spiraling to 50 from two overs and eventually 32 from five balls when Russell finally fell, caught on the fence off Neesham.

Earlier in the night, the Knight Riders innings had got off to a breathless start and rarely let up. Lendl Simmons set the tone, slashing the very first ball of the night from Oshane Thomas over point for four and adding a Hero maximum before the over was out for 11.

He fell in the second over, though, deceived by the spin of Christopher Lamont and bowled. That brought Narine to the middle for a whirlwind innings. In the space of his first four balls he had bludgeoned two fours, smashed a six over long-on and sent a steepler down to long-leg that was dropped by Gayle.

TKR had 27 for one on the board from just 12 balls as everyone tried to catch their breath. Jerome Taylor wasn’t able to calm things down, bowling three wides in his first over before Narine took three more boundaries – two fours and another Hero maximum – from Thomas’ second.

Two wickets in two overs seemed set to check the Knight Riders’ progress as Narine holed out to Walton at long-on off Shamar Springer for a thrilling shot-a-ball 46 from 22 and Neesham, the man of the match two nights ago in the tournament opener, chipped a return catch to Steven Jacobs for just six.

Instead, Webster simply took up the challenge. Having been content to be the silent partner during Narine’s fun, he smashed 14 in three balls off Springer to start the 11th over and send TKR screeching past 100.

Another costly dropped catch for the Tallawahs saw Jacobs put down Denesh Ramdin after he top-edged hooking a Thomas bouncer. It should have been taken.

The Knight Riders keeper had just five to his name at the time but cashed in on his let-off with two fours and a six in the next over from Lamont before Webster (66 from 49 balls) went through to his maiden Hero CPL half-century from 37 balls.

Ramdin was cleaned up by a low Russell full-toss for 21, but that only brought Pollard to the crease. Perhaps surprisingly, his arrival led to just about the only pause to catch a breath in the innings as he gave himself a few balls to get his eye in.

The respite was brief. Pollard smashed two fours in the 18th over, Pollard and Webster one apiece in the 19th before a stunning save from Rovman Powell – catching the ball and throwing it back into play as he flew over the boundary rope turned a six into a single.

Thomas’ produced a fine closing over, but Pollard still clubbed the final ball of the innings to the fence. In the end, it was Pollard who came out on top in the battle of the big all-rounders. But it got mighty tense for a while.