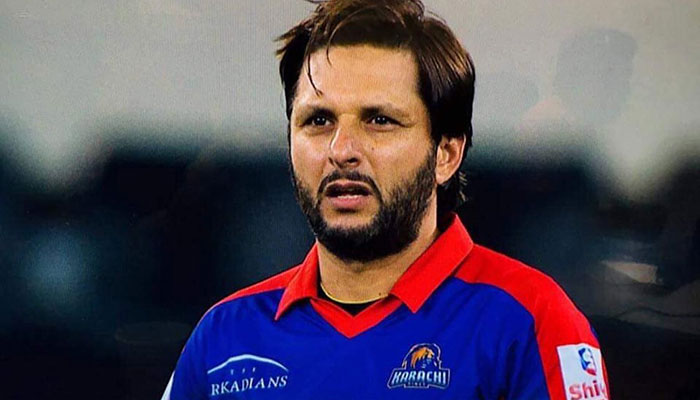 Shahid Afridi is out of the 2018 Caribbean Premier League

Jamaica Tallawahs will be without former Pakistan star Shahid Afridi for the 2018 Hero Caribbean Premier League due to a persistent knee injury.

The 38-year-old sustained the injury while playing for Karachi Kings in the Pakistan Super League in March, and with the rehabilitation process still ongoing, he tweeted that he would not be able to turn out for the Tallahwahs this year.

“Due to my knee rehab I’ll have to sadly miss out this year’s #BiggestPartyInSport with the @JAMTallawahs,” Afridi tweeted. “I’ll be cheering for the team from home and I’m sure @simadwasim (Imad Wasim) will fill up for me.”

Afridi played six matches for Edmonton Royals in the Global Canada T20 League in July, and also captained ICC World XI against the Windies in the Hurricane Relief T20I in May.

Before that, however, he had taken to Twitter to give an update on the condition of his knee, saying, “Went to see my doctor in Dubai, the knee hasn’t recovered fully yet. I’ll need another 3-4 weeks. Hoping to regain full fitness after that, keep praying for me.”

Afridi announced his international retirement last year, but continues to play T20 cricket for franchises the world over.

Watch: CPL gets underway with TKR vs St Lucia Stars