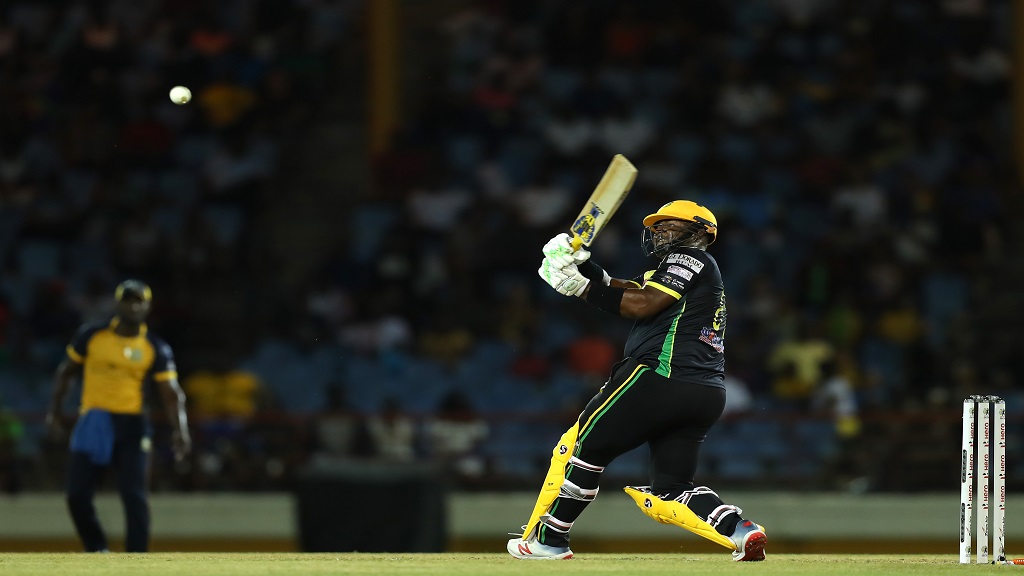 Daren Sammy held his nerve to keep St Lucia Zouks in the hunt for the playoffs.

Batting first, Jamaica Tallawahs made 165 for seven off their allotted 20 overs and St Lucia Zouks replied with 169 for six to win the contest with five deliveries remaining. 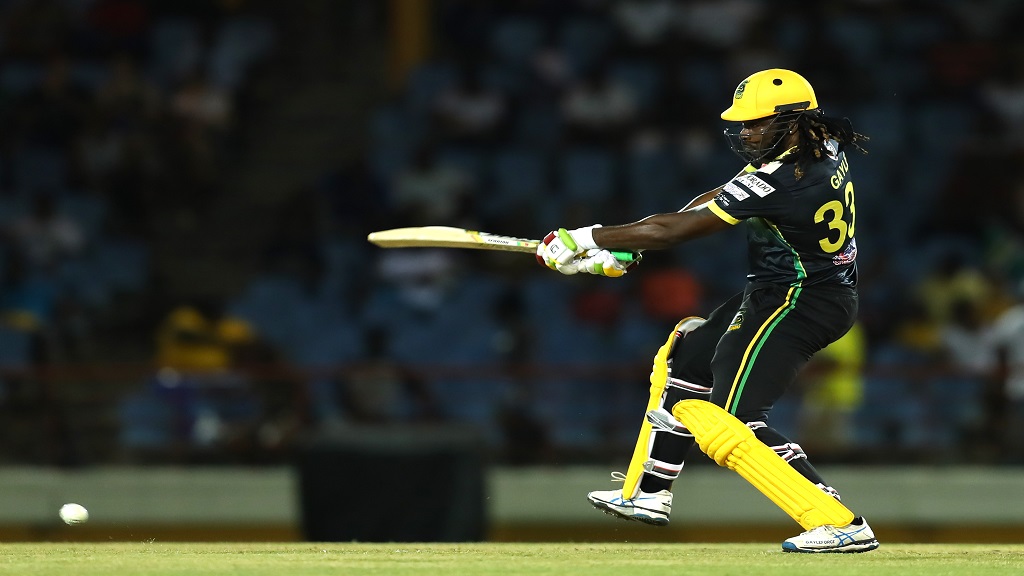 A pair of sixes in the penultimate over of a nervy, high-stakes run-chase effectively settled the contest, bringing the scores level and allowing Krishmar Santokie to smash the winning runs at the start of the final over.

Victory for the Zouks lifted them back above Barbados Tridents into fourth place with seven points from nine games while also ending the Tallawahs’ own lingering hopes of a top-four finish. It’s the first time in the Hero CPL history the Tallawahs miss out on the playoffs.

The Tallawahs are bottom of the six-team table with four points from nine matches.

The Zouks now head to Barbados on Sunday for a hugely significant clash with the Tridents as the league phase hits the home straight. 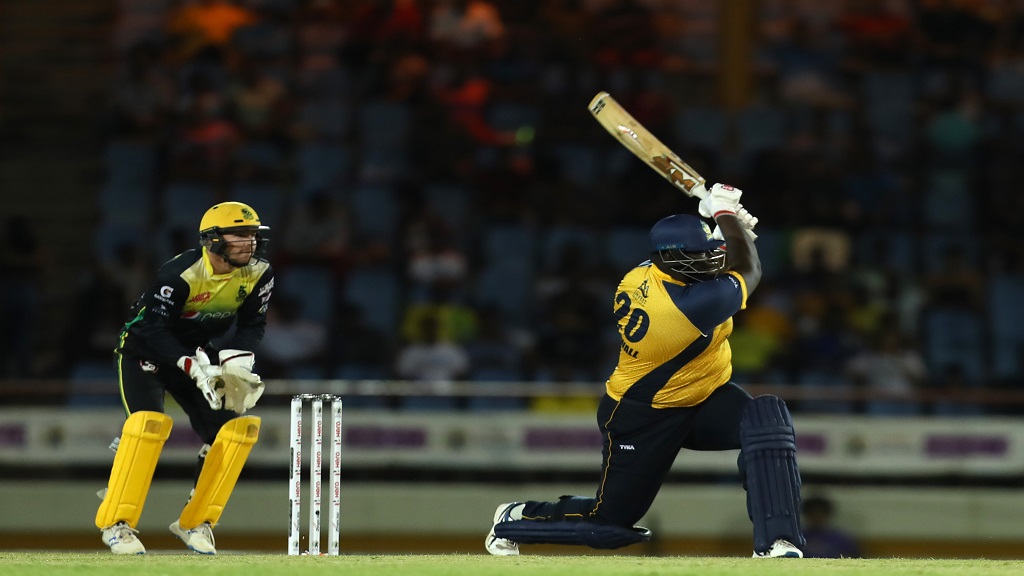 Rahkeem Cornwall of St Lucia Zouks hits a six on his way to a top-score of 51 from 25 balls.

Chasing 166 for victory, Rahkeem Cornwall got the Zouks off to the perfect start with a 24-ball half-century with four fours and five sixes.

He showed his intent from the very first over, pulling Zahir Khan for four and then launching a six over long-on.

The real carnage came in the third over of the innings as Jerome Taylor was taken for 25. Cornwall hit back-to-back sixes to start the over before Andre Fletcher finished it off with 10 runs in two balls.

Fletcher was caught at slip by Chris Gayle off Zahir Khan for 17, but Cornwall raced on to his half-century, his most dramatic contribution a huge six off Ramaal Lewis that bounced twice on the roof before finding its way into the car park.

He was gone two balls later, though – just after reaching his half-century – when another attempt to clear the rope was held just inside it by Chadwick Walton for 51 off 25 balls.

When Colin de Grandhomme holed out off Imran Khan to the first ball of the next over for a golden duck, the Zouks were in danger of losing their way.

But with the required rate well in hand, Colin Ingram and Hardus Viljoen had the luxury of taking a few overs just to steady the ship. They did so, Viljoen then getting the chase really back up and running with a pair of huge sixes over long-on off Khan. The final ball of that over was pulled to the square-leg fence and the Zouks were firmly back in control.

Still, it was not exactly plain sailing to the finish line. Ingram was run out for 17 by a superb direct hit from Khan at mid-off, before Viljoen top-edged a Dwayne Smith short ball to Shamar Springer at long-leg and was dismissed for 32. 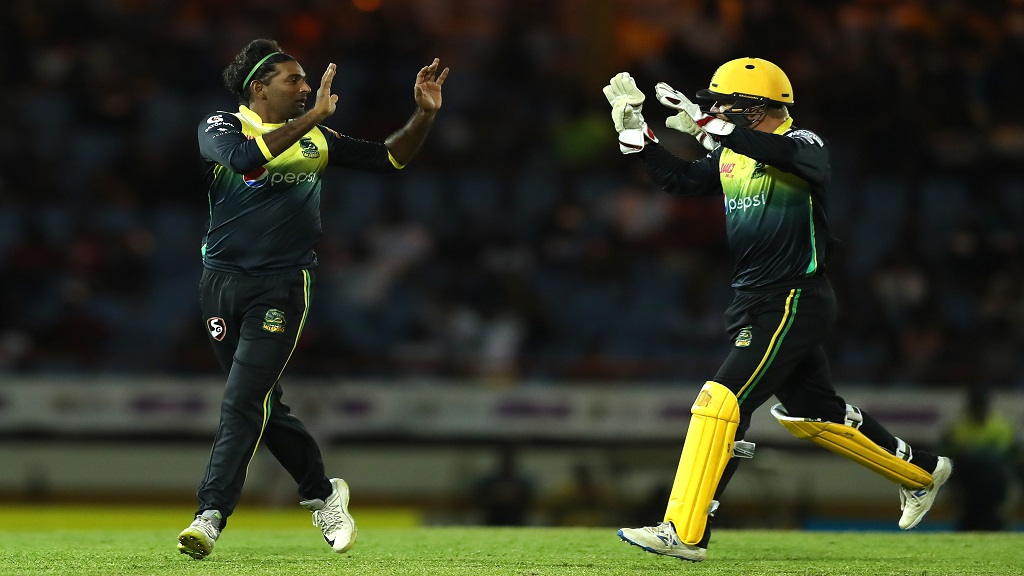 When Chris Barnwell (13) picked out Smith at long-on to give Imran Khan a second wicket, the Tallawahs suddenly sensed a chance with the equation 19 from 12 and Daren Sammy left with only the Zouks bowlers for company.

Two huge sixes later, the matter was all but settled with Santokie gleefully crashing the first ball of the final over to the cover boundary to seal a hugely important win.

Dwayne Smith had earlier returned to form in fine style for the Tallawahs. Having failed to reach double-figures in four previous 2019 Hero CPL innings, Smith looked back to his very best in plundering 58 in 38 balls with six fours and three sixes.

But after he and debutant Liton Das (21 from 21) were dismissed in successive balls by the impressive Kesrick Williams, the Tallawahs innings fell away.

From 138 for two after 16 overs with two set batsmen at the crease, only 27 more were added at a cost of five wickets in the face of some superb Zouks death bowling.

Williams was very much the pick, adding the wicket of Trevon Griffith to finish with fine figures of three for 24 despite Shamar Springer hitting the final ball of his spell for six.

Glenn Phillips and Gayle had got the innings off to a fine start before 2019 Hero CPL leading run-scorer Phillips was bounced out for 23 by Viljoen after smacking back-to-back fours.

Gayle was then prepared to play second fiddle to Smith in a partnership before being caught by a juggling Viljoen at long-off for 29 as Sammy’s decision to bring himself into the attack paid dividends.

Smith went through to his half-century in 30 balls but fell just as the Tallawahs were looking to really launch in the final overs. They were never quite able to do so.