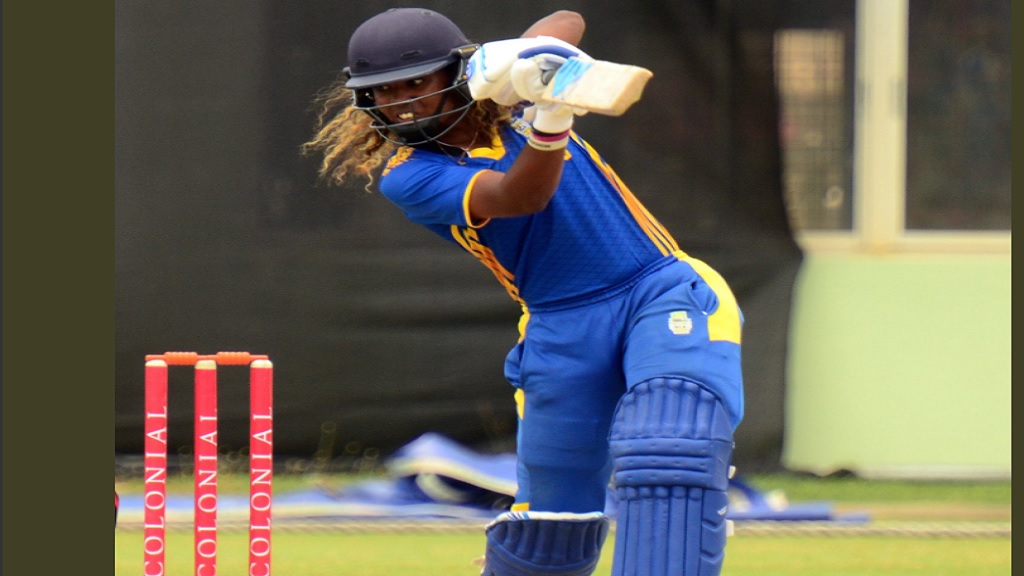 Defending champions Jamaica suffered a nine-wicket defeat against Barbados in Round 2 of Cricket West Indies Women's T20 Blaze in Guyana on Friday.

Hayley Matthews and Shanika Bruce led Barbados to the victory with four wickets apiece at the Guyana National Stadium.

Winning the toss, Matthews sent the Jamaicans to take the first strike and that decision paid dividends as they could only muster 95 all out in 17.2 overs. Bruce finished with four for 16 and Matthews four for 25.

Barbados replied with 96 for one to win the match with 7.3 overs remaining.

Matthews, 58 not out, and Deandra Dotting, 22 not out, guide Barbados home.

Captain Stafanie Taylor took the only wicket to fall. She finished with one for 19.

In the second match of Round 2, Trinidad and Tobago scored a seven-wicket victory over the Windward Islands in a game affected by rain.

With the match reduced to 14 overs per side as a result of rain, Windwards won the toss and elected to bat first. After 9.4 overs, the rain came back with the Windwards on 59 for three, this caused a further delay and reduction in overs.

T&T were then set a revised target of 58 runs from eight overs, which they got due hard-hitting by their batters and poor fielding by the Windward Islands.

Host Guyana, secured their first win when they defeated the Leeward Islands by 23 runs.

Batting first, Guyana posted 146 for seven from their 20 overs. The Leeward Islands were almost out of it without 100 on the scoreboard. But thanks to a brilliant 10th wicket partnership between Rozel Liburd and Elisa Claxton, they inched close to the Guyana total before being all out for 123 on the last ball of their innings.