Jamaica to send 137 athletes and coaches to China this month 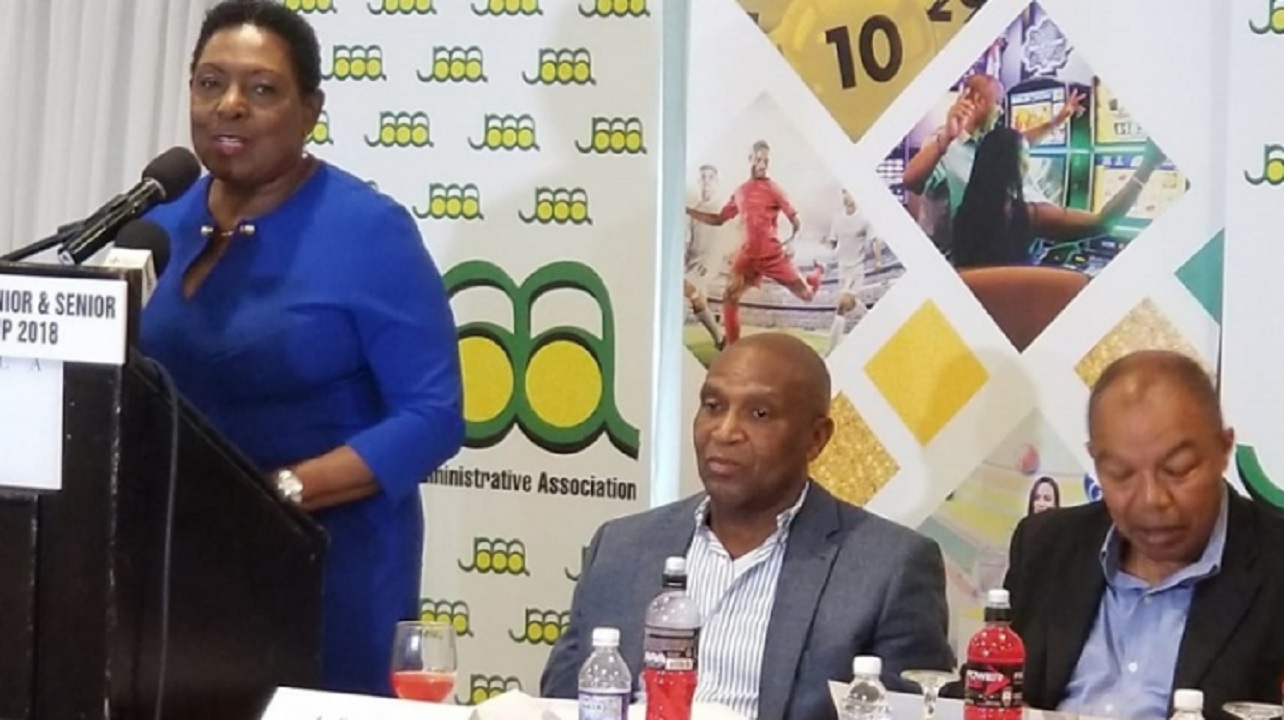 Sports Minister Olivia Grange (left) makes her presentation during the launch of the 2018 JAAA/Supreme Ventures National Junior and Senior Athletics Championships on Tuesday at the Jamaica Pegasus Hotel.

Sports Minister Olivia Grange has announced that under the Technical Cooperation Agreement on Sport between Jamaica and China, 137 athletes would be leaving for China for two months at the end of June.

The announcement was made at the launch of the 2018 JAAA/Supreme Ventures National Junior and Senior Athletics Championships on Tuesday at the Jamaica Pegasus Hotel.

“Athletes in seven sporting disciplines – swimming; artistic swimming, football for females; volleyball for females; basketball for females; gymnastics and badminton. Each team will have a coach and a sports officer and they will return to Jamaica with equipment for their sports, donated by China,” Minister Grange announced earlier this week.

This is the second phase of a three-year Letter of Exchange for a Technical Cooperation Project on Sports Coaching signed by the two countries on October 23, 2017.

Earlier this year, a team of coaches from China arrived in the island to work with local coaches and athletes for a month, providing technical assistance in the areas of swimming, synchronized swimming, badminton and gymnastics, as well as volleyball, football and basketball.

Minister Grange said the second part of the agreement comes up at the end of June.