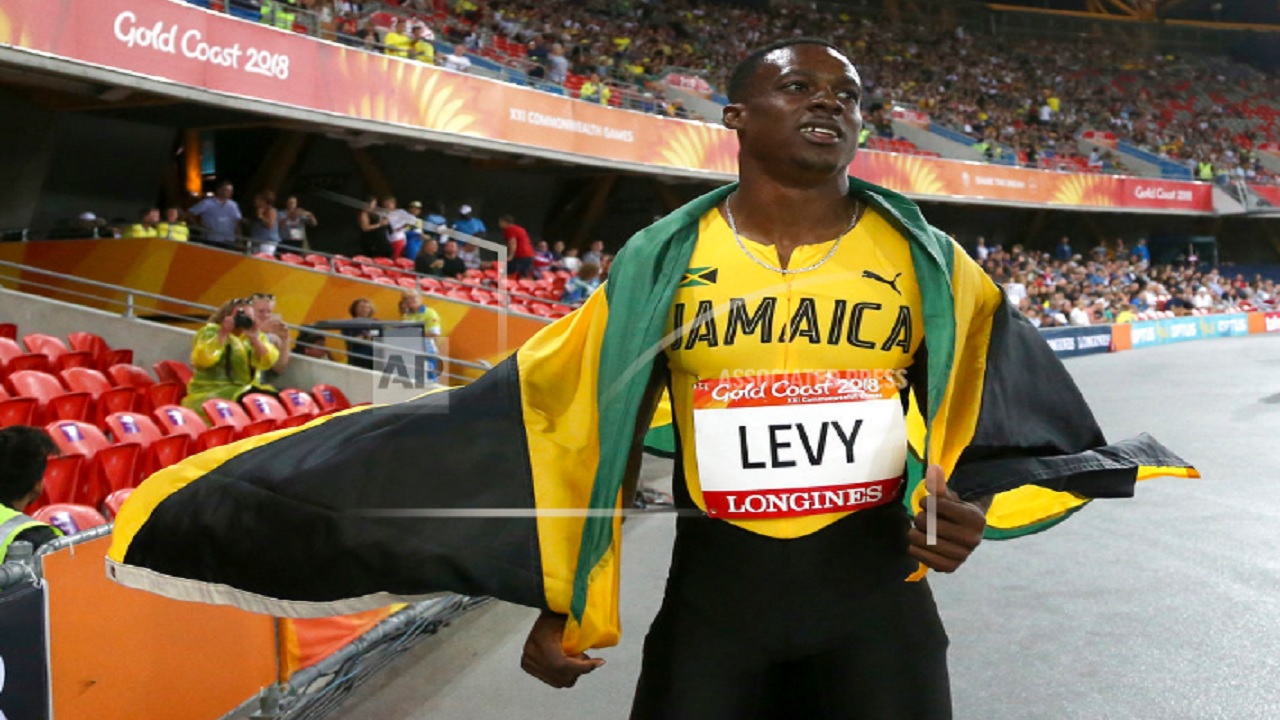 Jamaica secured their best day at the 2018 Commonwealth Games on the Gold Coast in Australia on Tuesday with five medals, comprising two gold, two silver and a bronze.

The five medals earned on the day pushed the country's total to nine (2 gold, 4 silver and 3 bronze).

On Tuesday, Jamaica went 1-2 in the 110-metre hurdles and in the women's triple jump at the Carrara Stadium.

In the first of the night finals, Ronald Levy won the hurdles in 13.19, edging fellow Jamaican Hansle Parchment by 0.03 on a damp track and Australia's Nicholas Hough took bronze in a career-best 13.38. The other Jamaican in the final - Calabar High student De'Jour Russell finished eighth and last in 13.92.

The triple jump was also contested between light rain showers, and Kimberly Williams took gold with a winning jump of 14.64 metres, 12 centimetres clear of her Jamaican teammate Shanieka Ricketts and Thea Lafond of Dominica won bronze at 13.92.

Jamaica's other medal on Tuesday came from Javon Francis in the men's 400-metre final. There were two other Jamaican quarter-milers in the final with Demish Gaye (45.56) crossing the line in sixth place and Rusheen McDonald failing to finish.

Makwala, who  arrived on the Gold Coast with one mission: the 400-metre gold, eased home to finish 44.35 seconds and did some push-ups beyond the line. He said the semifinal was worth five, but the gold was deserving of 10.

"Just my trademark — I want to show that Makwala is still there," he said. "I still have the power to go."

Makwala grabbed a Botswana flag and ran around the track to celebrate with teammate Baboloki Thebe, who took silver in 45.09. Francis got bronze in a season-best 45.11, edging out India's Muhammed Anas Yahiya who placed fourth in a national record of 45.31.

It was a special win for Makwala, who reached the 200 final at last year's world championships days after being refused entry to the stadium for the 400 final because of quarantine restrictions amid a viral outbreak.

He clenched the gold medal between his teeth as he stood on the podium and his anthem played, making sure to celebrate.

Makwala decided not to compete in the 200 here, and will focus now on the Diamond League and preparing himself for a potential run at a 200-400 double at next year's world championships.