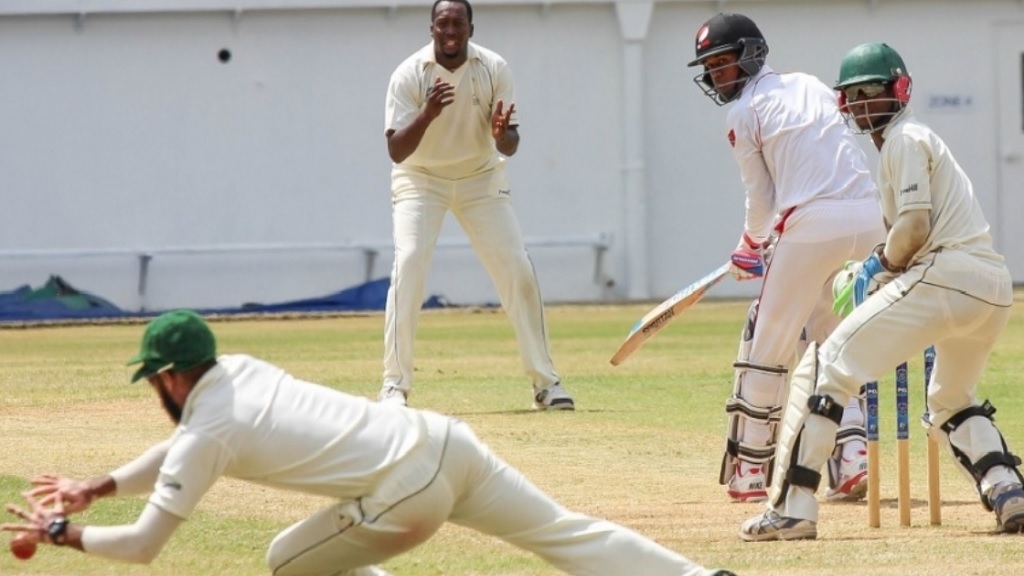 Jamaica Scorpions and front-runners and four-time defending champions Guyana Jaguars are locked in a tense battle for first-innings honours entering day two of their eight round match in the West Indies Championship at Sabina Park on Friday.

Off-spinner Akim Fraser starred for the Scorpions with four wickets on debut as the Jaguars were bowled out for 158 on a day when 16 wickets fell.

Scorpions in their reply were struggling at 108 for six at the close still 50 runs adrift.

Assad Fudadin will resume on 31 with Kenroy Williams on four.

Clinton Pestano was the main destroyer for the Jaguars with figures of four for 16 from six overs that helped wrest the advantage from Scorpions, which are seeking revenge having lost by seven wickets in the previous round when the teams met.

Pestano took the first three wickets to fall and then added a fourth as the Scorpions crumbled to 30 for five in the 12th over.

Had it not been for a quickfire sixth-wicket stand of 68 between Fudadin and Derval Green (40), the Scorpions would have been in greater trouble.

The partnership came off just 71 balls, with Green the aggressor, hitting seven fours in his 38-ball cameo that took the Scorpios closer to their initial target.

Earlier, Fraser took the first three wickets to have the defending champions tottering at 44 for three.

Vishaul Singh and captain Leon Johnson staged a mini-recovery with a fourth-wicket partnership of 45 before Singh was dismissed by Reynard Leveridge for 27 in the 34th over.

The Jaguars then lost their next four wickets for just 10 runs in eight overs. Fraser claimed his fourth wicket with the fifth ball of the next over when he had Christopher Barnwell stumped by Aldaine Thomas without scoring.

Derval Green then bowled Raymon Reifer for one as Guyana Jaguars slumped to 99 for seven.

Anthony Bramble (36) and Romario Shepherd 16 put on 42 for the eighth wicket before Jerome Taylor cleaned up the tail to finish with three for 24.

The Jags are aiming to collect a bag of points to extend their lead and put themselves out of reach of the chasing pack.

Scorpions going for revenge against Jaguars at Sabina Park