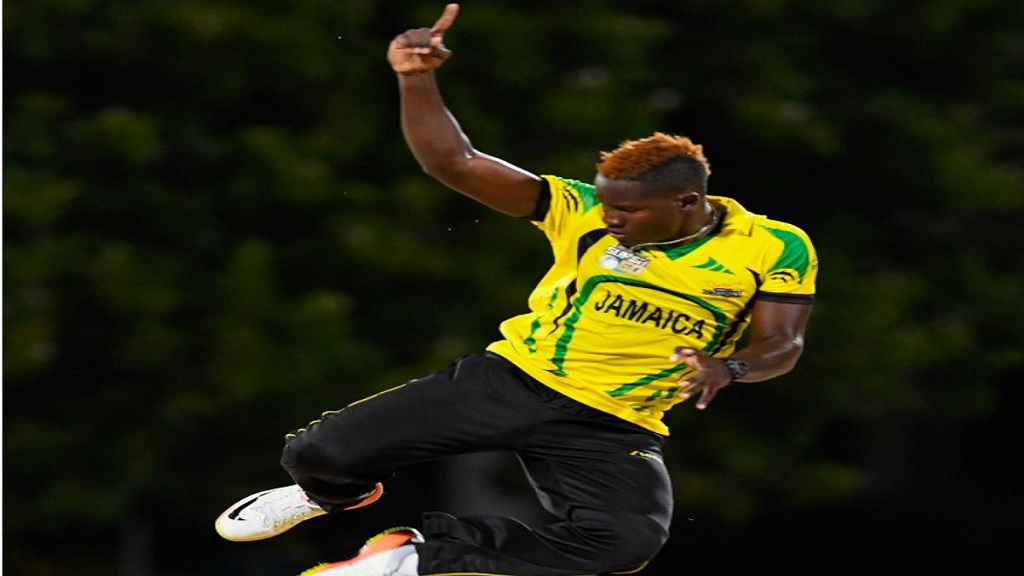 Jamaica Scorpions overcame an enterprising batting display from Romaine Morris to capture their first win of the 2019 Colonial Medical Insurance Super50 Cup over Combined Campuses & Colleges Marooners in the Group A fixture on Tuesday.

Morris, a dashing wicketkeeper/batsman, blasted 14 fours and one six in a top score of 96 off 85 balls and dominated an opening stand of 119 with fellow left-handed Jamaican Paul Palmer, a former Scorpions captain, to put their opponents on the back-foot early during a chase of 331 for victory.

Once Palmer was lbw for 30 to the part-time leg-spin of Nkrumah Bonner, a former Marooner, the innings gradually came apart and the Scorpions clinched a 97-run win in a pulsating finish under the lights on a placid Warner Park pitch in St Kitts.

Apart from Morris and Palmer,  Sadique Henry got 23 and Akshaya Persaud added 20, but no other batsman reached 20 and the Marooners were bowled out for 233 in 45.2 overs.

Rugged West Indies fast bowler Oshane Thomas formalised the result, when he bowled Larry Joseph for two, snapping the off stump in two in spectacular fashion.

Thomas again bowled with pace and hostility, extracting enough bounce to make batting uncomfortable and ended with 3-25 from 8.2 overs, and left-arm spinner Dennis Bulli grabbed 3-44 from his allotted 10 overs.

It was the first win in three games for the Scorpions, following a 75-run defeat in their tournament opener against Barbados Pride last Thursday at Warner Park and an eight-wicket defeat against hosts Leeward Islands Hurricanes last Sunday at the Conaree Cricket Centre.

Earlier, the Scorpions plundered their second-highest West Indies Super50 total ever of 330 for eight from their allocation of 50 overs behind a powerful batting display led by Assad Fudadin, Andre McCarthy and their captain Rovman Powell.

Guyanese left-hander Fudadin followed up his second Super50 Cup hundred in the previous match with an attractive 92, McCarthy hit his second half-century of the tournament in a dashing 91 to earn the Player-of-the-Match award, Powell, itching for form, cracked 57 and wicketkeeper/batsman Aldaine Thomas made 48.

Fudadin, whose innings included 11 fours and one six from 121 balls, and Thomas gave the Scorpions a sure foundation with an opening stand of 101.

The Scorpions were 138 for two, when off-spinner Larry Joseph had West Indies batsman Jermaine Blackwood caught at long-on for 15.

A third wicket stand of 53 from 46 balls between Fudadin and McCarthy was followed by a fourth-wicket partnership of 114 from 69 balls between McCarthy and Powell, but in the mad scramble for a strong finish, the Scorpions conceded five wickets for 25 in the final five overs.

Akeem Jordan was the most successful Marooners bowlers with 3-72 from 10 overs and Akshaya Persaud took 2-66 from 10 overs with his uncomplicated, part-time left-arm spin.

THURSDAY, NOVEMBER 14
Group A - Canada vs Combined Campuses and Colleges at Conaree Sports Club in St Kitts - 9:00 am