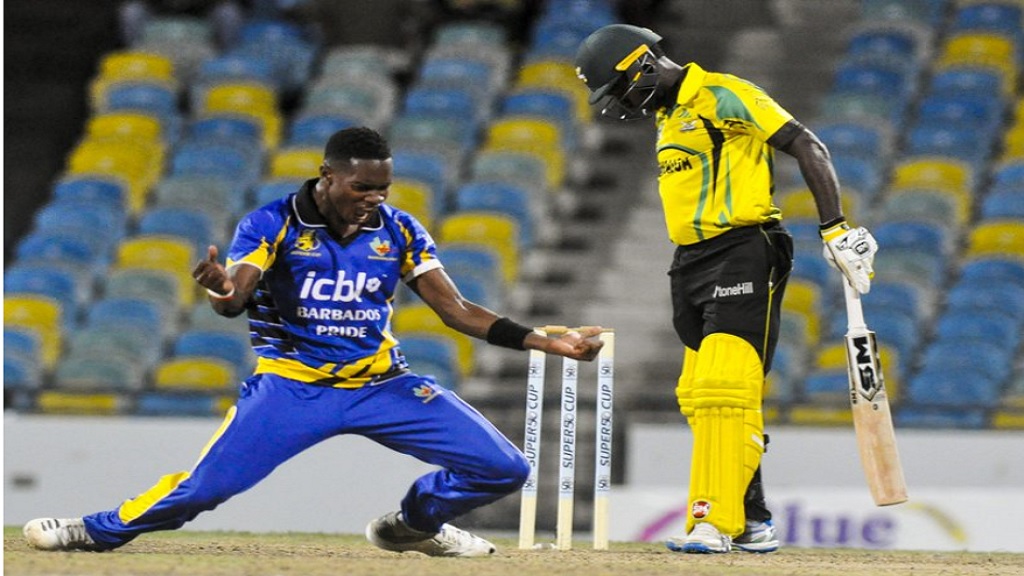 Jamaica Scorpions will open their campaign in the 2019 Cricket West Indies (CWI) Super50 Cup against Barbados Pride on Thursday, November 7 in St Kitts.

The schedule was announced by CWI on Friday.

The 2019 season bowls off on Wednesday, November 6.

Two groups of five teams each will run concurrently in St Kitts and Trinidad, contesting a total of 40  group stage matches.

“With the new World Cup cycle beginning now, this tournament, among other things, presents a starting point towards the ICC Cricket World Cup 2023,” said CWI director of cricket, Jimmy Adams. “It will allow us to start identifying players who will go on to play a role in our qualification. Though some of our international players will be touring India with the West Indies during the competition, it allows more opportunities and exposure for our young players.”

Zone 'A' matches begin on the opening day of the competition and will take place every day either at Warner Park or Conaree Sports Complex in S. Kitts, and Zone 'B' games start the following day, Thursday, November 7, with matches taking place at Queen's Park Oval and the Brian Lara Cricket Academy in Trinidad.

Each team will play its zonal opponents twice before the top two in each group progress to the semi-finals and a chance to play in the dinal under the lights at Queen’s Park Oval on Sunday, December 1.

Reigning champions, Combined Campuses & College Marooners launch the tournament on the opening day in Group 'A' when they face hosts Leeward Islands Hurricanes at Warner Park; Jamaica Scorpions, Barbados Pride and Canada will be the other teams in the group.

Group 'B' commences, when Guyana Jaguars, last year’s beaten finalists, meet West Indies Emerging Players in a day game at the Brian Lara Cricket Academy and hosts Trinidad & Tobago Red Force, a semi-finalist last year, meet Windward Islands Volcanoes in a day/night contest at the Queen’s Park Oval. The United States, the other side that will be contesting this group, have drawn a bye on the opening day.

Adams said the aim of the West Indies Emerging Players squad was to select players that will be competitive in the Super50 Cup and to facilitate further learning and development opportunities for players that have featured in the CWI High Performance Centre (HPC) in recent times.

“A young player may miss out on selection at their franchise if they are up against two or three internationals with similar skill-sets,” he said. “The Emerging Players squad aims to provide the platform for these players to perform and reward the hard work they have been putting in following their stints at the HPC.”

Meanwhile, ESPN Caribbean’s broadcast partnership with the Super50 Cup continues, with 13 day/night matches, including the semi-finals and the final, broadcast live from the Queen’s Park Oval. The remaining 30 group matches will be webcast live on the  Windies Cricket YouTube channel and website.

CWI commercial director Dominic Warne said this continues CWI’s promise to make the game as accessible as possible for fans to watch Super50 matches not only on the ground but on television and online.

“The Colonial Medical Insurance Super50 Cup continues the festival of explosive cricket and Caribbean colour wrapped up in big regional rivalries,” he said. “After last year’s stunning victory by the CCC Marooners, we know there will be plenty of big performances and many surprises. ESPN Caribbean’s support together with our ‘live’ webcasting means fans will not miss any of the action.”