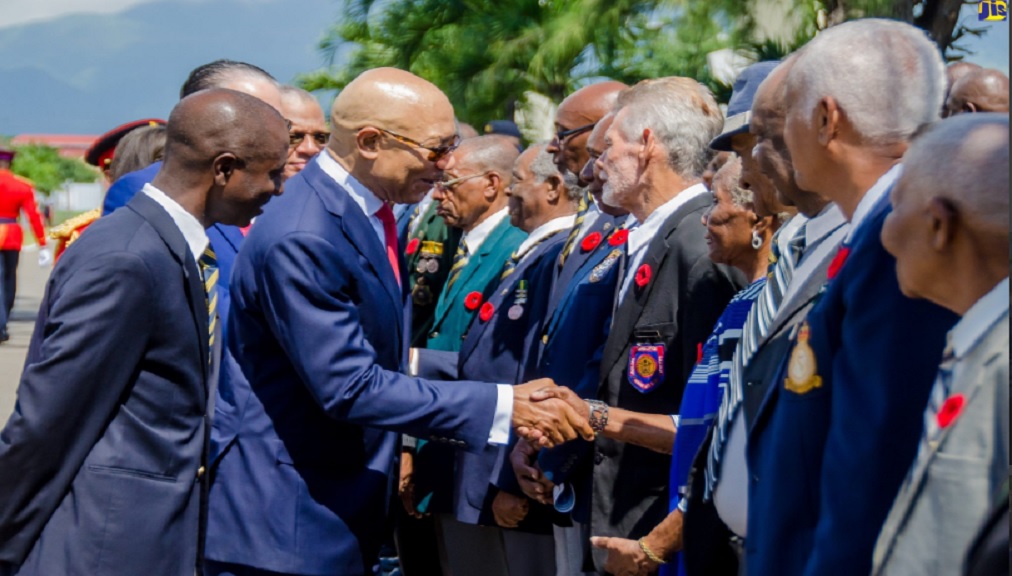 Jamaica will honour the memory of the fallen servicemen and servicewomen of World Wars I and II on Remembrance Day on Sunday, November 10.

Traditionally, Remembrance Day, also known as Armistice Day or Poppy Day, is observed on the second Sunday in November, and its primary purpose is to pay homage to those who gave their service and, ultimately, their lives in the two great wars.

Some 4,000 to 5,000 Jamaicans were involved in the world wars, some of whom served in the Royal Air Force, while others joined the ground forces of the British Army and the Canadian Armed Forces.

As is customary, this year’s Remembrance Day will involve a church service at the Garrison Church in Up Park Camp as well as a Wreath Laying Ceremony at the Cenotaph at National Heroes Circle in downtown Kingston.

The wreath-laying ceremony, which starts at 10 am, is open to the public, and the Jamaica Defence Force (JDF) is making a special appeal for persons to attend.

Expected to lay floral tributes are the Governor-General, Prime Minister, Leader of the Opposition, Chief Justice, Mayor of Kingston, Chief of Defence Staff, Commissioner of Police, and Chairman of the Jamaica Legion.

Civil-Military Cooperation and Media Affairs Officer, JDF, Major Basil Jarrett, in a news release said that “Remembrance Day is one of the most solemn occasions on the national calendar”.

“It allows us to not only show gratitude for the freedoms won as a result of both conflicts but also allows us to show a mark of respect for our fallen soldiers as well as those who are still representing our country today.

“That gratitude and mark of respect is embodied in the entire programme, but perhaps most solemnly in the two minutes’ silence, which is observed at the same time [11 am] in militaries across the world,” he added.

Major Jarrett said that the annual recognition of the war veterans through the observance of Remembrance Day “will ensure that the memory of those men and women and their service to their country is not forgotten”.

Director of Military History, JDF, Captain Stacey Dehaney, noted that more than 10,000 Jamaicans volunteered for World War I alone, and thousands died across both conflicts.

“When Britain lost soldiers to the German Blitzkrieg of the 1940s, she turned to the Caribbean for support, leading to the formation of the Caribbean Regiment. Many Jamaicans served in that Regiment as well as the Royal Air Force,” she said.

Capt. Dehaney pointed out that many of these same volunteers and soldiers returned after World War II to help chart the country’s drive towards Independence.