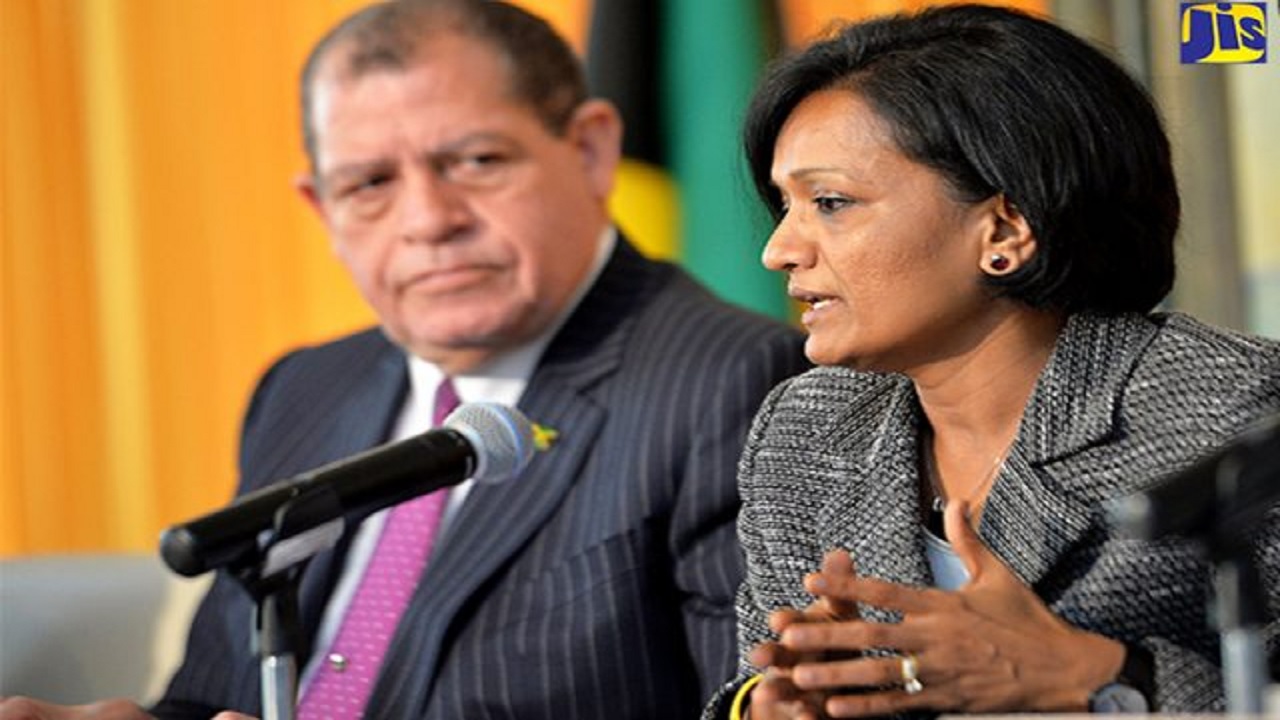 Despite recent weather-related challenges that have negatively affected the island’s economy, the International Monetary Fund’s (IMF) staff team that has spent the last 10 days reviewing Jamaica’s performance over the last six months under the current stand-by agreement with the Fund, has declared that the economy is rebounding.

Speaking at a press conference at Jamaica House on Thursday, the IMF team confirmed that all the quantitative performance criteria and structural benchmarks at the end of June 2017, were met.

Team leader, Uma Ramakrishnan, said growth in the economy has been positive for nine consecutive quarters, with strong performances being noted, especially in tourism, construction and manufacturing.

It was also noted that unemployment reached 12.2 per cent in April 2017, a seven-year low, which was bolstered by a sustained expansion in the labour force.

Economic activity overall, is projected to expand by 1.6 per cent for 2017-2018, slightly lower than was projected, which was attributed to flooding, which adversely affected agriculture.

In outlining the positive outlook going forward, Ramakrishnan said “… over the medium-term, economic expansion is expected to be around two to three per cent, as sustained reforms yield higher investment and productivity dividends.”

She cited achievement of the target of a public sector wage bill of nine per cent of GDP by 2018-2019, and passing the delayed public sector pension reform bills as being urgent goals to realise in order to protect budgetary certainty and fiscal sustainability.

She said a sustained reduction in the public sector wage bill is critical, so the Government’s combined expenditure on wages and interest rates on loans can be reduced from the current position of nearly two-thirds of its total expenditure.

“In order to reallocate resources to areas where the priorities for spending are essential… everybody is aware that the crime issue, education and health require sustained reallocation of resources. So we believe that the nine per cent target will allow the Government to move in that direction,” the IMF officer indicated.

In relation to the pension bills, Finance Minister, Audley Shaw, said he and State Minister in the Finance Ministry, Rudyard Spencer, will be meeting with the public sector trade unions on Friday on that matter.

He said a committee will be established to handle the issues prior to and after the pension bills are passed, to make sure there is understanding on both sides.

Ramakrishnan, in her report on the review, noted that the executive board of the IMF is tentatively scheduled to consider the team’s recommendations in October.

She outlined that on approval, an additional special drawing right of US$180 million will be made available for Jamaica, bringing the total accessible credit to approximately US$790 million.

She also indicated that the Jamaican authorities continue to approach the SBA as a precautionary arrangement, and use it as an insurance policy against unforeseen economic shocks that are beyond the country’s control.