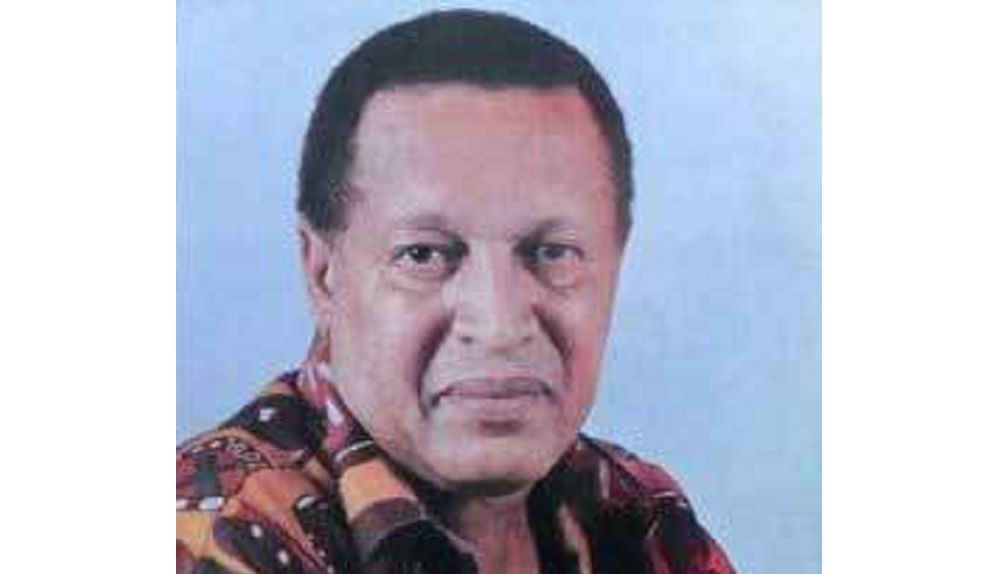 The Loving Pauper is dead.

Rocksteady-reggae legend Dobby Dobson passed away 4pm Tuesday at a hospital in Florida, reportedly from complications caused by the COVID-19 virus. He was 78.

"As I was told, Dobby had Alzheimer's and he was in a nursing home, and contracted the COVID-19 virus, and he died in a Florida hospital at 4 pm," music insider Tommy Cowan told Loop News.

"I was personally impacted by Dobson at KC (Kingston College) because of my group, the Merricoles, which later became The Jamaicans. My friends, Flats and Norris Weir sang with Dobby in the choir at KC. Also Fuzzy Byfield, and Howard Barrett sang with Dobby Dobson before Barrett went on to the Paragons, in a group, Dobby and the Deltas," Cowan reminisced.

Dobson began singing while a student at Central Branch School in Kingston and at Kingston College, where he sang in the chapel choir, and successfully took part in Vere Johns Opportunity Hour talent contest as a member of The Twilights.

While at Kingston College he wrote the doo-wop song "Cry a Little Cry" as a tribute to his biology teacher. He recruited a group of schoolmates from the Delta stream at the college to back him on a recording of the song, under the aforementioned name, Dobby Dobson and the Deltas; The group included Howard Barrett (who later formed The Paragons). Released by Lyndon and Sonia Pottinger's Tip-Top label in 1959, it topped the RJR charts that year.

Leaving school in 1959, Dobson went on record with Charles Josephs as part of the duo Chuck and Dobby, before becoming a solo artist in the early 1960s, again recording for Pottinger. He later moved on to work with both Coxsone Dodd and Duke Reid, recording as a member of both The Virtues and The Sheiks, and recorded "Loving Pauper" with Reid, which became his signature tune.

"Bobby had a sweet voice, when you heard it, you would always be like OMG. I always say, he was a crooner who sang reggae songs. Regardless of whatever he sings, it always comes out heart-shaped. When you look at songs like Loving Pauper and Seems to Me I'm Losing You, he was just amazing," Cowan said.

Despite his musical success, Dobson kept his job as a salesman and proof-reader for The Jamaica Gleaner. In 1971, he recorded "That Wonderful Sound", a Tom Jones cover, for Rupie Edwards, which sold over 40,000 copies in the Caribbean, and was followed up by the equally successful "Endlessly", which was also a minor hit on the UK Singles Chart.

Disappointing album sales led Dobson to move into production, including The Meditations' late 1970s albums Message From The Meditations and Wake Up, as well as early work by Barrington Levy.

In 1979, Dobson emigrated to New York City, where he worked in real estate, although he would still occasionally visit the recording studio, and performed at both the Reggae Sunsplash and the Reggae Sumfest festivals. He continued to be popular with international fans, and was still releasing albums.

Dobson was featured in a 2009 3-D documentary called Dobby Dobson: An Interview with Jamaica's Music Ambassador, which had the tagline: "See The Double-D in 3D".

Cowan said that Dobson, despite his mild-mannered temperament was a "quiet storm".

"He could get upset, in his own quiet way, so he could show anger, but he would express it deeply while saying it softly...a real quiet storm," Cowan said.

On 6 August 2011, the Governor-General of Jamaica conferred the Order of Distinction in the rank of Officer (OD) upon Dobson, for his contribution to reggae music and representation of Jamaican culture.

"We would meet ever so often, and he performed extensively at a lot at churches in Florida; he and Norris (Weir) did a lot of shows together, and when he would turn up at the church, the members  would always ask for That  Wonderful Sound, they loved that song," Cowan said.

Cowan himself recorded a cover of a Paul Anchor song, 'Having My Baby' with Dobby Dobson in 1977.

"We will miss that wonderful, wonderful sound. Dobby was a special talent, an ambassador for our music." Cowan said.

‘Lean On Me,’ ‘Lovely Day’ singer Bill Withers dies at 81