Jamaica lose against Mexico in Concacaf Under-17 opener 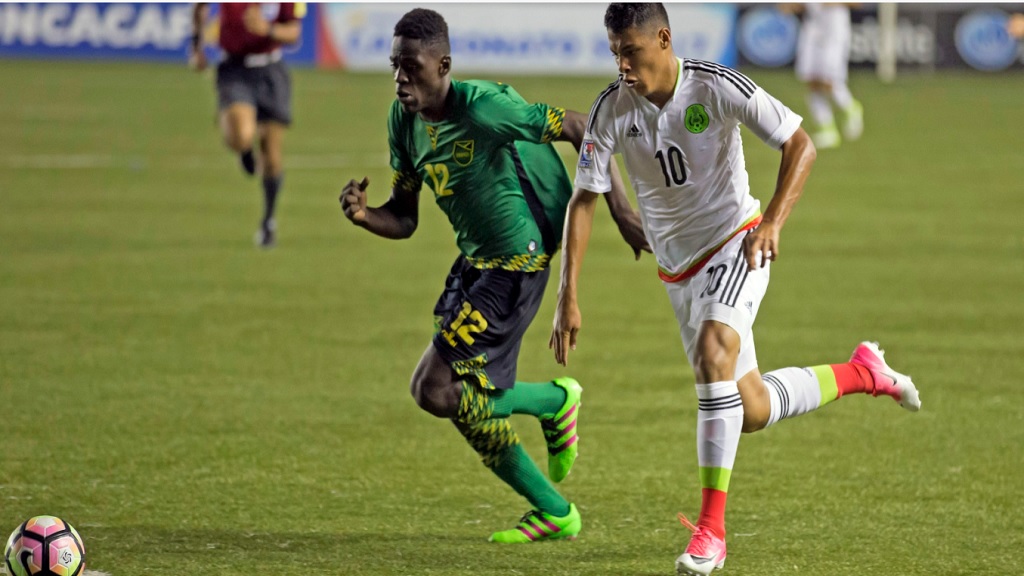 Jamaica suffered a 1-0 defeat against Mexico on the opening day of the 2019 Concacaf Under-17 Championship at the IMG Academy in  Bradenton, Florida on Wednesday.

It was a feisty affair between the Group E teams, but in the end, El Tricolor earned the three points.

After a close first half in which both teams had chances, Mexico would strike via Jesus Gomez, whose fine finish gave his side the lead in the 49th minute.

Mexico’s defense would handle the rest by clamping down on the Reggae Boyz to pick up the clean sheet win.

Jamaica will next be in action on Friday against Trinidad and Tobago, while Mexico will face Bermuda.

In the other Group E game on Wednesday, Trinidad and Tobago scored a 3-1 win against Bermuda.

Justin Wilson got things going for the Soca Warriors with a goal in the 24th minute before adding his second of the day in the 38th minute.

Bermuda responded though, as they pulled a goal back in the 75th minute thanks to a fine finish from Nazuri Dailey. There was a chance for Bermuda to equalize via the penalty spot with just 10 minutes remaining, but the effort missed wide.

Trinidad and Tobago would take advantage and sealed the victory with a long-range strike from Andrew De Gannes in the 90th minute.

Over in Group G, El Salvador opened the group with a commanding 4-0 win over Guyana.

Kevin Roman got the Cuscatlecos going with a score in the 18th minute, which was followed by a dominant second half.

El Salvador added three more goals in the second stanza thanks to a brace from Emerson Mauricio Aquino (59th minute and 67th minute) and a goal from Luis Vasquez (63rd minute).

In the other Group G match Haiti enjoyed a strong start by collecting three points in a 2-0 win over Honduras.

Etiene Corlens coolly converted a penalty kick in the 11th minute before Fredler Christophe found the back of the net in the final seconds of first-half added time (45+1’) to round out the scoreline.

The 2019 Concacaf Under-17 Championship comprises four groups. The top three teams from each group qualify to the Round of 16 on May 8 and 9. Four teams -- Dominican Republic, Guadeloupe, Nicaragua, and Puerto Rico -- advanced directly to the Round of 16 from a pre-tournament qualifying phase.

The quarterfinals will take place May 12, followed by the semifinals on May 14 and the final on May 16.

The four tournament semifinalists earn berths to the U-17 World Cup in Brazil as representatives of Concacaf.