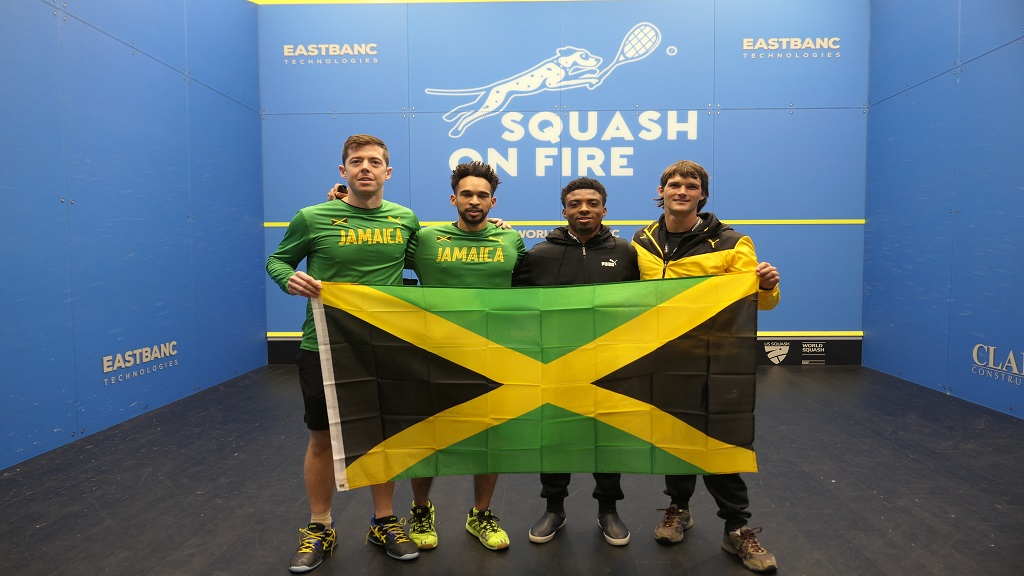 Jamaica had a creditable showing at the Men’s World Team Squash Championships finishing 18th out of 23 as the tournament concluded over the weekend in Washington DC, United States.

Competing against the best players on the planet, the Jamaican team, which included nine-time national and regional champion, Chris Binnie, Lewis Walters, Bruce Burrowes and Tahjia Lumley, improved on the country’s performance in the previous championships in 2017 when the team finished 21st.

The week-long campaign got off to a challenging start with 3-0 losses to Hong Kong, the number sixth ranked team and Australia, who were seeded at seven; as well as a 2-1 defeat at the hands of rising global stars, Kuwait.  The results landed Jamaica in the playoff for places 13 to 23.

The playoff round brought brighter moments with the highlights being a surprise 2-0 win over South American stalwarts, Colombia and a 2-1 victory against Singapore.  However, a 3-0 defeat at the hands of the U and a 2-0 loss to Ireland landed Jamaica in 18th place overall.

Putting the performance in perspective, the Jamaica Squash Association’s President, Chris Hind said, “we are extremely proud of our performance at the World Team Championships, we improved on our position from the last tournament, two years ago, we finished ahead of higher ranked teams like South Africa and a powerhouse like Colombia who we actually beat in the playoffs.”

Hind also said, “There were great wins along the way from our number one and two players; Chris Binnie and Lewis Walters and there was a hard fight from our other players Bruce Burrowes and Tahjia Lumley and it’s onwards and upwards for Jamaican squash in 2020.”