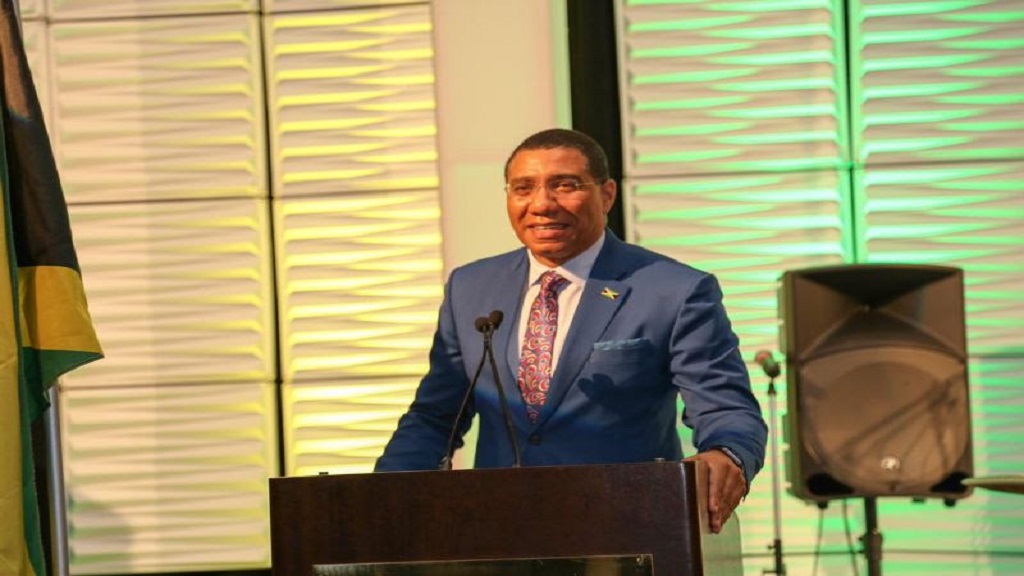 Prime Minister Andrew Holness has stated that it is time for Jamaicans to secure their economic independence.

To achieve this, Holness said Jamaicans must embrace commerce.

He made the comments on the weekend as he addressed the Jamaica Chamber of Commerce of Atlanta, Georgia in the United States of America.

The prime minister lauded the organisers of the event, including David Panton and Jamaica’s Ambassador to the US, Audrey Marks, for giving Jamaican businesses a chance to meet each other and network and collaborate in support of each other.

He highlighted the impact of Jamaica Broilers, lauding the company for expanding into the Atlanta area, thus providing jobs for United States citizens.

Holness implored other Jamaican businesses to expand their reach overseas in order to “grow wealth”.

Said he: “I believe that if we take an instrumental approach we could be creating more businesses that are mutually beneficial to both Georgia and Jamaica.”

He told his audience that the Jamaican Diaspora was essential to Jamaica’s growth and prosperity.

He acknowledged that Jamaicans have for many years benefitted from the remittances that have been sent home from the US. Holness said such remittances are used to send many children to school, pay grocery bills and make utility payments.

The prime minister even acknowledged that the country’s balance of payment record is maintained in part due to remittances.

“But that is not going to be enough for the economic prosperity that we seek,” he said.

Holness said the Government is determined to create the social and economic environment that will make Jamaicans in the Diaspora and anyone else anywhere in the world, want to live in Jamaica.

“The ultimate goal of Jamaica is to become the place of choice for anyone to live, work, raise their families, do business and retire in paradise,” Holness said. 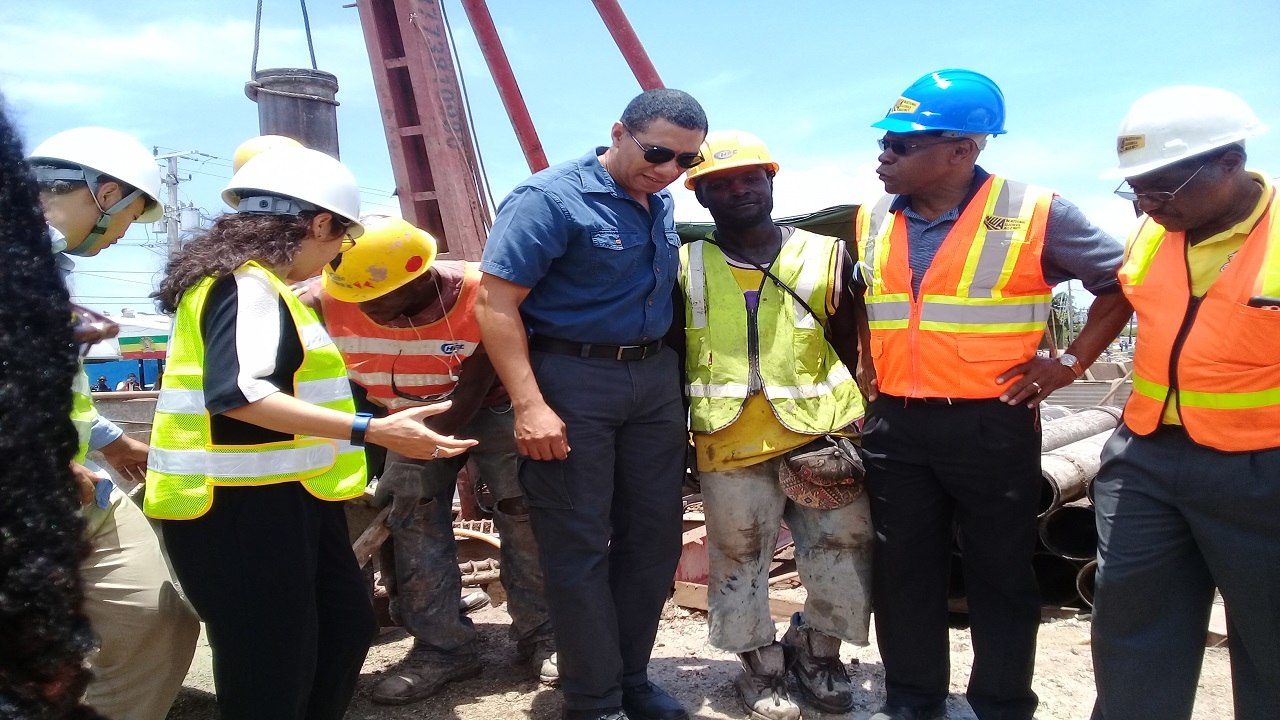 Prime Minister Andrew Holness (centre) on a tour of major infrastructural projects in the Corporate Area.

It is in this regard that the prime minister said he has been working hard to create a level playing field and efficient public bureaucracy and regulatory environment, which he described as “that good fiscal policy, that good monetary policy, good growth policy, and the safety and security… good infrastructure and the physical environment where you can feel that the quality of life in Jamaica is equal, if not better than, the quality of life being enjoyed in the United States.”

Meanwhile, Holness updated his audience on the state of the Jamaican economy, with gross domestic product (GDP) falling below 100 per cent for the first time in nearly 20 years; record low unemployment; and massive infrastructure projects.

He also pointed to the country’s low inflation rate and noted that the Jamaica Stock Exchange (JSE) was named the best in the world.

Holness also pointed to accolades the country has received from Bloomberg as evidence that things are headed in the right direction. He asserted that the successes being achieved at the moment are the results of Jamaicans embracing the prosperity and hope message that he has championed since the 2016 General Election campaign.