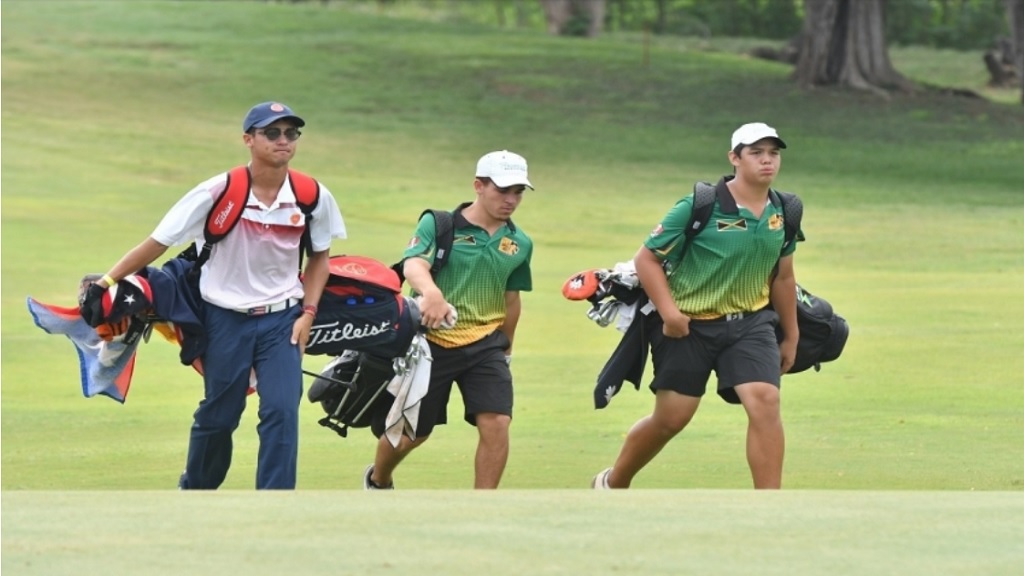 Jamaica had to settle for second place as defending champion Puerto Rico successfully defended their title on Friday at the three-day Caribbean Amateur Junior Golf Championship at the Albany Golf Club in The Bahamas.

Puerto Rico and Jamaica were tied for first at the end of the second day on Thursday. However, Puerto Rico pulled away to win comfortably.

Puerto Rico ended with 155 points, 18 clear of Jamaica who finished second on 137. Hosts, The Bahamas was third with 129 points and were followed by Trinidad & Tobago 98, Barbados 92, Cayman Islands 74 and Turks & Caicos 22.

Puerto Rico won three age groups while The Bahamas won two and Barbados won the other.

Jamaica, meantime, did well to place second in four of the six competitive age groups, and third and fourth in the other two. Jamaica's team captain Justin Burrowes retained the James Moss Solomon trophy in the Boys' Under-18 category. He was the only player to record a par or under par score for three days and was the only golfer to end the championship with an under-par score.

The Jamaican shot an even-par 72 on day one and one under par 71s on each of the next two days to close with a two-under-par 214.

Puerto Rico's Andres Aranguren was second with a total score of 217.

Jamaica's coach Jason Lopez was pleased with the team's performance.  He said "It was an excellent performance.  Unfortunately, we came up a bit short to Puerto Rico again so we finish second overall.  I am very proud of the team, of course I am disappointed that we came up short but clearly we did a lot of things really, really well."