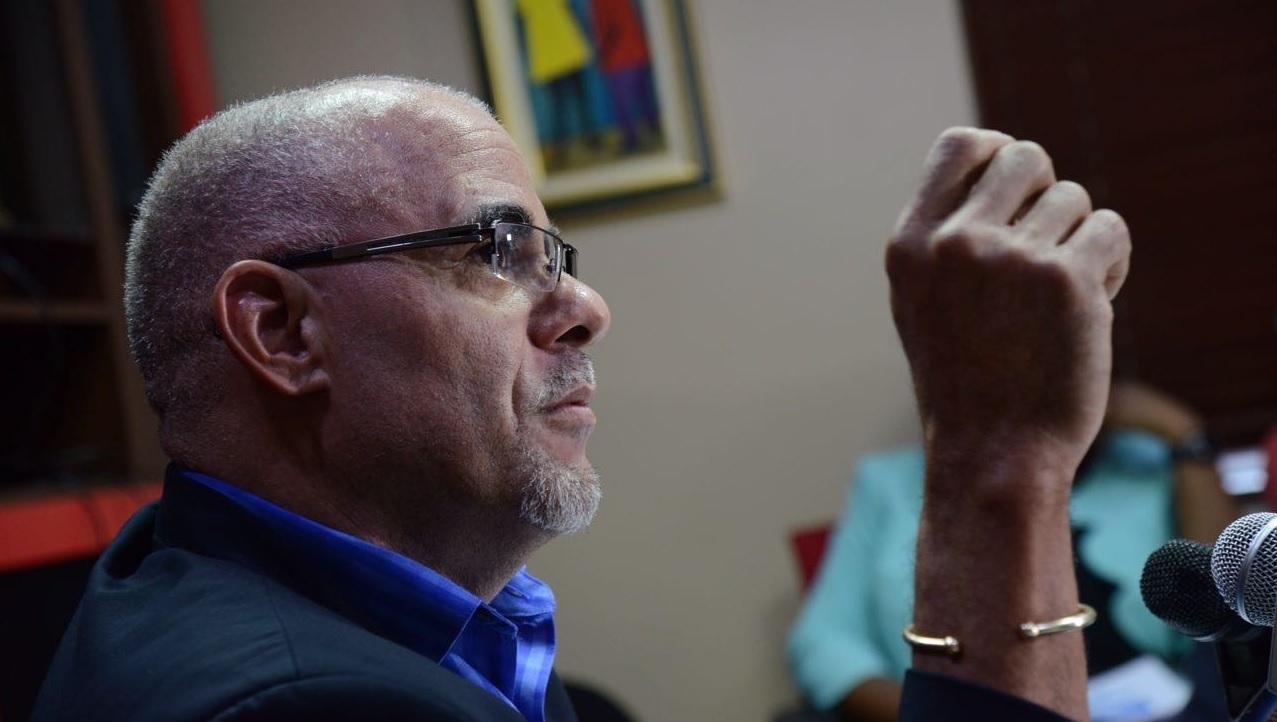 Though Jamaica continues to hit the targets under the standby arrangement, growth remains sluggish, influenced mainly by the impact of above-normal rainfall on the agricultural sector, says EPOC Co-Chair Keith Duncan.

The Economic Programme Oversight Committee (EPOC) says it is confident that Jamaica will comfortably pass the upcoming review under the Precautionary Standby Arrangement with the International Monetary Fund (IMF).

The review is being conducted by the IMF during the period February 26 to March 9.

Speaking at EPOC’s quarterly press briefing on Friday, the committee’s co-chair, Keith Duncan, said the outlook was based on the country’s strong performance towards meeting the structural benchmarks, quantitative performance criteria and indicative targets for December 2017.

All the fiscal and monetary targets have been met and surpassed as at the end of the period December 2017. Tax revenues, the primary balance target, and international reserves, are significantly ahead of targets.

Still, though Jamaica continues to hit the targets under the standby arrangement, growth remains sluggish, influenced mainly by the impact of above-normal rainfall on the agricultural sector, Duncan said.

He suggested that focus be placed on driving value-added activities in agriculture, tourism, mining and technology.

“We have seen robust activity in trade, commerce, and we see it in the consumption taxes, (with) tax revenues significantly up year-over-year. So there is underlined robustness to the economy, but it is value-added activity that is important,” Duncan stated.

The EPOC co-chair also reasoned that a focus on agriculture, in particular, could help move the country out of the slow growth rate.

Looking at Jamaica’s performance over the review period, tax collections of $353.1 billion for the December fiscal year-to-date has outperformed the budget by $11.5 billion.

As a result of revenue and grants performance and the under expenditure for the first nine months of the fiscal year, the primary surplus balance of $96.5 billion exceeded the $59 billion programme target for April to December 2017.

Duncan also reiterated the importance of finalising the public sector wage negotiations, noting that failure to conclude negotiations in a ‘win-win’ manner, such that Jamaica is able to achieve the legislated fiscal rule,” would have negative implications.

The IMF) has made it clear that the public sector wage bill should be no more than nine per cent of GDP by fiscal year 2018-2019, and has pressed the Government to make a decision on its public sector wage negotiations in an effort to provide more budgetary certainty.

As for the recently offered 16 per cent wage increase over four years for public sector workers, Duncan said the offer is a reasonable adjustment.

“It depends on how the Government breaks out that 16 per cent, the actual increase is over a four-year period, so how much you pay out in this year, so actual increase was to be reflected in the current financial year 2017-2018,” Duncan said.

He added: “We are hoping that the public sector negotiations will take us in the direction for us to be able to meet the fiscal rule nine per cent to GDP.”

EPOC co-chair still holding out hope of ‘five in four’