Jamaica end World Under-18 Championships in Kenya with 8 medals 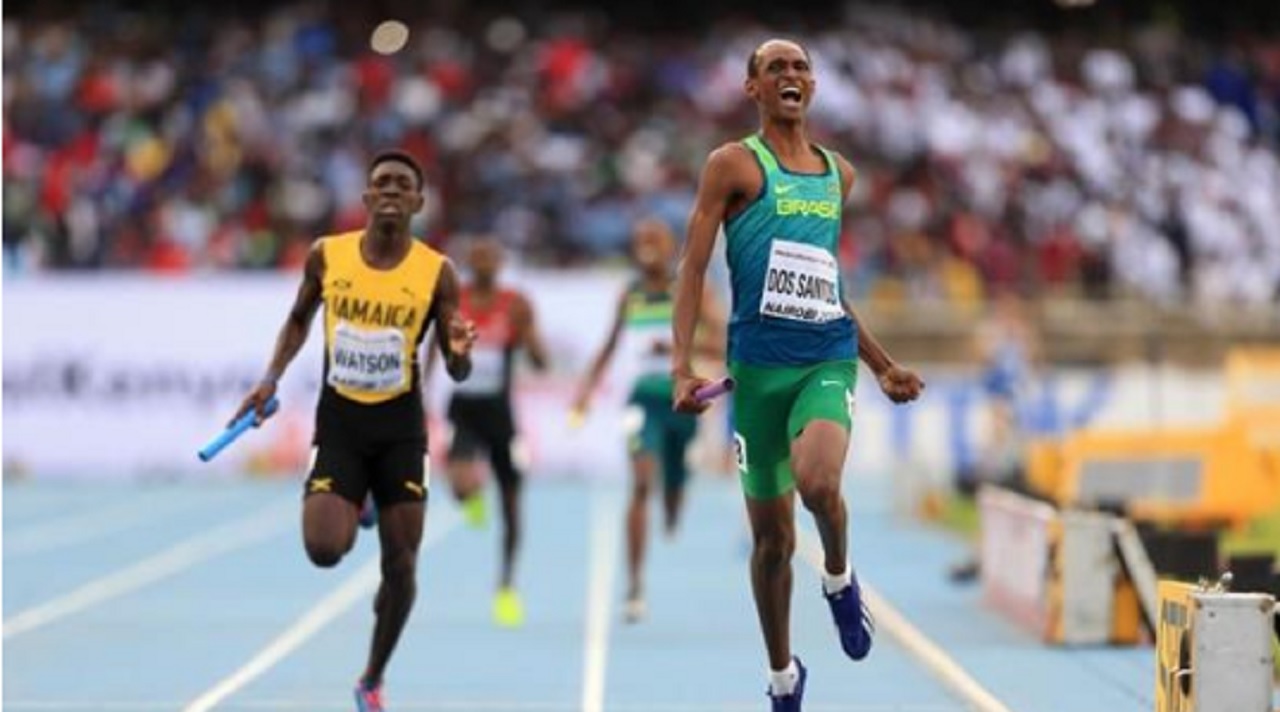 Brazil power home ahead of Jamaica in the final event (Mixed 4x400m relay) of the IAAF World U18 Championships in Nairobi, Kenya on Sunday. (PHOTO: IAAF).

Jamaica claimed a silver medal in the final event of the 10th and final IAAF World Under-18 Championships in Nairobi, Kenya on Sunday's to finish the five-day meet in seventh position with eight medals.

The final event was the mixed 4x400-metre relay and outsiders Brazil controlled the race from start to finish to win the gold medal in 3:21.71.

Jamaica, with Shaquena Foote, Anthony Cox, Sanique Walker and Antonio Watson, clocked 3:22.23 for the silver medal, while South Africa took the bronze in 3:24.45.

Brazil were given a strong start by Bruno Benedito da Silva, who powered through the opening lap and handed over to teammate Giovana Rosalia dos Santos with an advantage over Kenya, who also elected to run a boy on their opening leg.

However, both Brazil and Kenya had girls on the second leg, and it was no surprise to see them being closed down by the charge of Jamaica’s Anthony Cox, who brought his team up to second at the halfway mark.

All seven teams elected to run girls on the third leg, at the end of which Brazil held a 15-metre advantage over Jamaica. Brazil anchor-man Alison Brendom dos Santos powered through the opening 200 metres, intent not to allow the chasing Antonio Watson of Jamaica a chance to close the advantage.

While the gap narrowed approaching the line, it wasn’t nearly enough for the Jamaicans, and Brazil crossed the line for the victory.

Earlier, Jamaica won two other medals on the day - a gold and a bronze in the girls' 100m hurdles final.

The Vere Technical High School athlete  ran 12.72, the fastest ever run by a U18 athlete, albeit assisted by a strong tail wind of 4.1m/s. A technically solid performance and swift running between the barriers took her to a time 0.22 faster than the world U18 best, although of course ineligible for recognition as a world U18 best.

Cyrena Samba-Mayela of France, who beat Anderson's world-leading performance in the semifinals the previous day, looked on course for a win in the final, but a stumble over a hurdle cost her the gold. She did, however, reach the line in second place in 12.80. The second Jamaican, Daszay Freeman, took the bronze, well behind the top two, with 13.09.

Sprint hurdler De'Jour Russell and quarter-miler Antonio Watson won the other gold medals for Jamaica on Friday, while sprinters  Kevona Davis and Tyreke Wilson secured the bronze medals in the 100 metres.

Six countries, including defending champions United States, did not compete at the championships citing security concerns. The other countries were Canada, Switzerland, Japan, New Zealand and Great Britain.