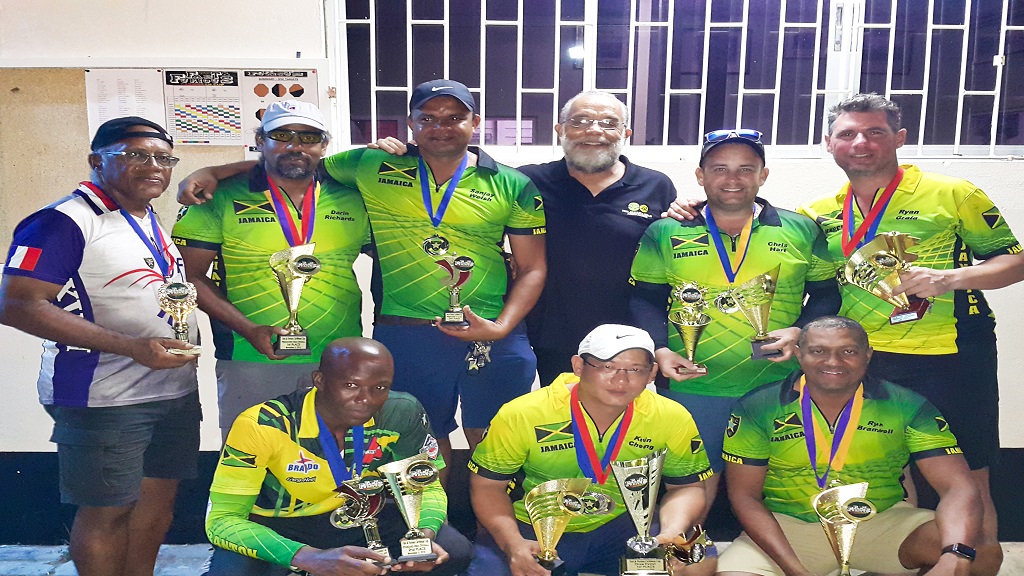 Members of the Jamaican team pose with their prizes after being announced as overall champions at the 2019 Caribbean Cup Pistol Shooting Championships at the Jamaica Rifle Association, headquarters in Kingston over the weekend.

Jamaican shooters put on a display of dominance at the Caribbean Cup Pistol Shooting Championships; winning the overall team title and most of the individual divisions, classes, and categories at the Jamaica Rifle Association’s headquarters in Kingston over the weekend.

With more than 70 shooters in contention, Team Jamaica won two divisional titles, the ladies’ category and all three senior categories for a stellar showing at the prestigious regional contest. 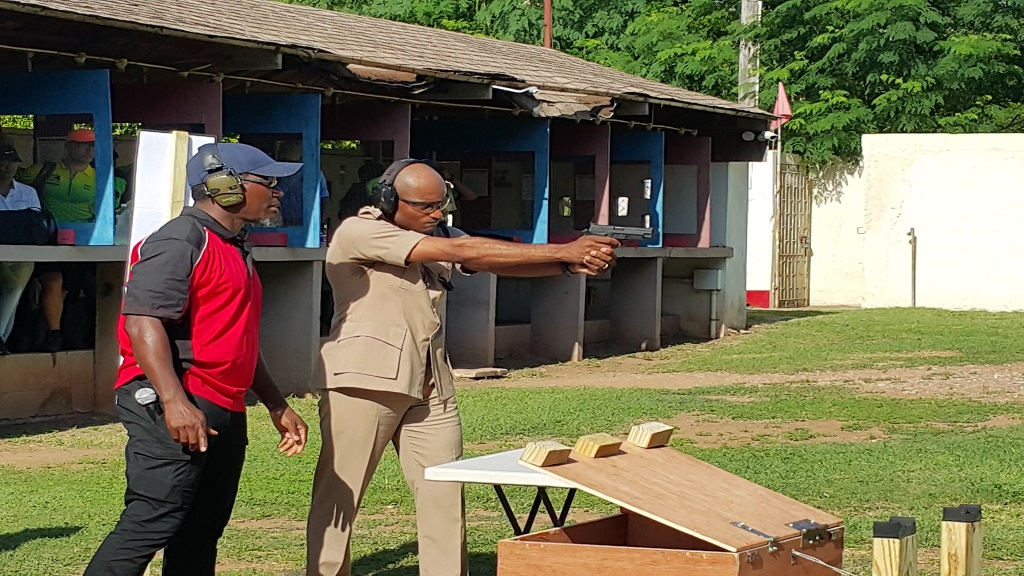 In the production division, Jamaica dominated as Darin Richards topped the group with 1013 points; while Chris Hart scored 923 to take second and Ryan Grala made 921 to place third.  The local shooters also had the edge in standard category where Ryan Bramwell won gold with 941 points ahead of teammate Greg Henry, who took silver with 911, and Gerard Gill of Barbados, who claimed the bronze with 846.

Caymanian Tony Campney prevented a Jamaican divisional sweep by taking top honours in the open competition with 1045 points; just ahead of local favourite Kevin Cheung, who scored 1005 for silver, and Kevin Grant of Barbados, who got the bronze with 812.  However, on the strength of their showing in the three divisions, Jamaica amassed 2870 points to emerge as regional champions.  Cayman finished second with 2629 points; while Barbados scored 2172 to place third and Trinidad and Tobago were fourth with 2027.

In the ladies’ competition, top local female shooter, Yeonie Campbell-Simpson stamped her authority on the field with 669 points while her teammates Rene Rickhi and Tena-Shay McMorris scored 433 and 299 to place second and third respectively.

Then in the seniors category, it was Jamaica all the way with David McMorris topping the open competition with 708 points; Christopher Nunez taking the production title with 838 and Owen Campbell winning the standard competition with 756 points. 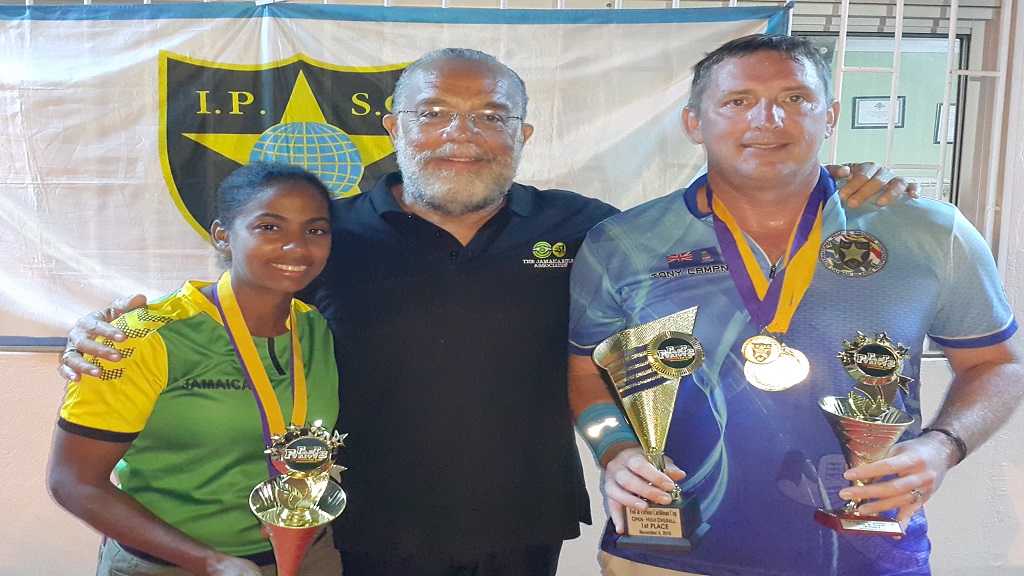 Jamaica’s Yeonie Campbell-Simpson (left) and Tony Campney (right) of Cayman, show off their trophies as they pose with President of the Jamaica Rifle Association, Major John Nelson.

Tournament Director, Lennox Moulton expressed satisfaction with the high standard of shooting and sportsmanship throughout the competition and the brilliant display by Team Jamaica.

“We had a high turn out with more than 70 shooters from four countries entering the championships and they put on a display which underscored why they are some of the best shooters in the Caribbean,” he said.

“Of course, we were particularly proud of Team Jamaica for winning the competition overall and for the strong showing across all categories.  Our shooters have been training hard and competing consistently both locally and overseas and I think the effort they put into their preparation definitely paid off,” Moulton added.