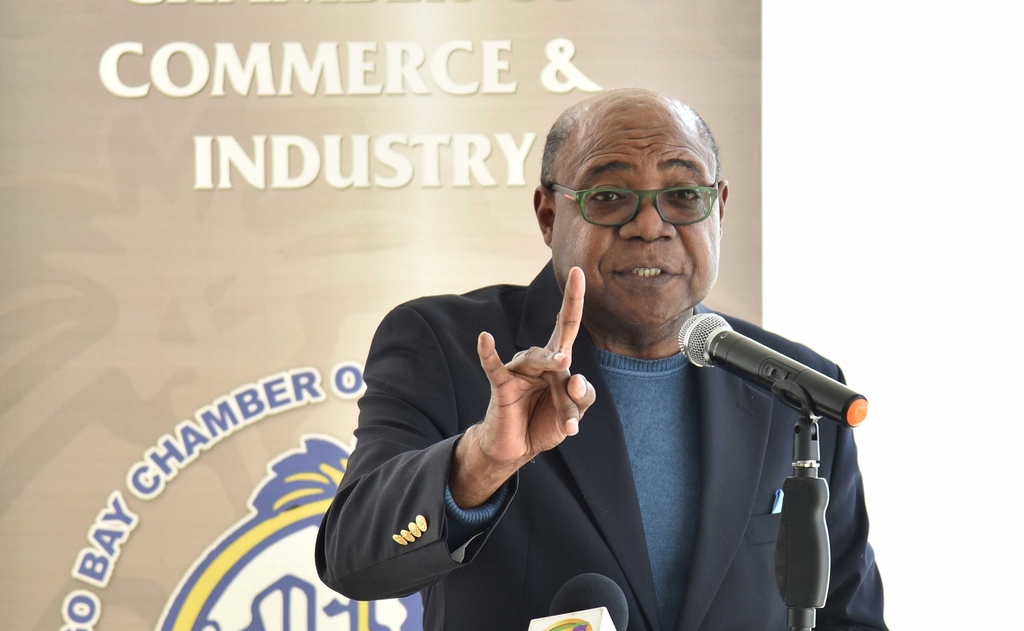 Tourism Minister, Edmund Bartlett, has disclosed that the ministry is moving to deal with the looming threat of Sargassum, a type of seaweed, before it swamps the Jamaican coastline.

The seaweed, which has the potential to have major negative impacts on tourism, fisheries and wildlife, could pose a long-term threat to the island.

The Sargassum seaweed is forecasted to invade the Jamaican seashore within the next nine months.

"NEPA (National Environment and Planning Agency) says in nine months’ time it will be here. Let's move fast so that we can deal with it ahead of its coming," Bartlett declared during the 58th Annual General Meeting of the Jamaica Hotel and Tourist Association (JHTA) on Saturday.

The tourism minister outlined that preliminary discussions are being undertaken with the Massachusetts Institute of Technology (MIT) to intercept and destroy the Sargassum seaweed before it reaches the Jamaican seashore.

"We are having preliminary discussions with a team from MIT that has done some forward technological breakthrough in the area of arresting and sinking the sargassum to the bottom of the sea, so that it doesn't reach us at all," Bartlett shared.

The Atlantic Ocean's Sargasso Sea was named after the algae, as it hosts a large amount of Sargassum, but Bartlett indicated that the Sargassum, which he said is from Brazil, is potent and dangerous.

He said the algae in question is not from the Sargassum Sea, where they are normal organic and fairly non-toxic substances, but is actually from a dangerous specie that is heading out from Brazil.

"This one is from Brazil, and it is coming as a result of nutrients and climate change activities, and therefore, this Sargassum is potent and dangerous, because it destroys marine life, it destroys the fish sanctuary, and it comes in waves and covers large swathes of beaches and ocean front. And, it has a hugely pungent odour," Bartlett said.