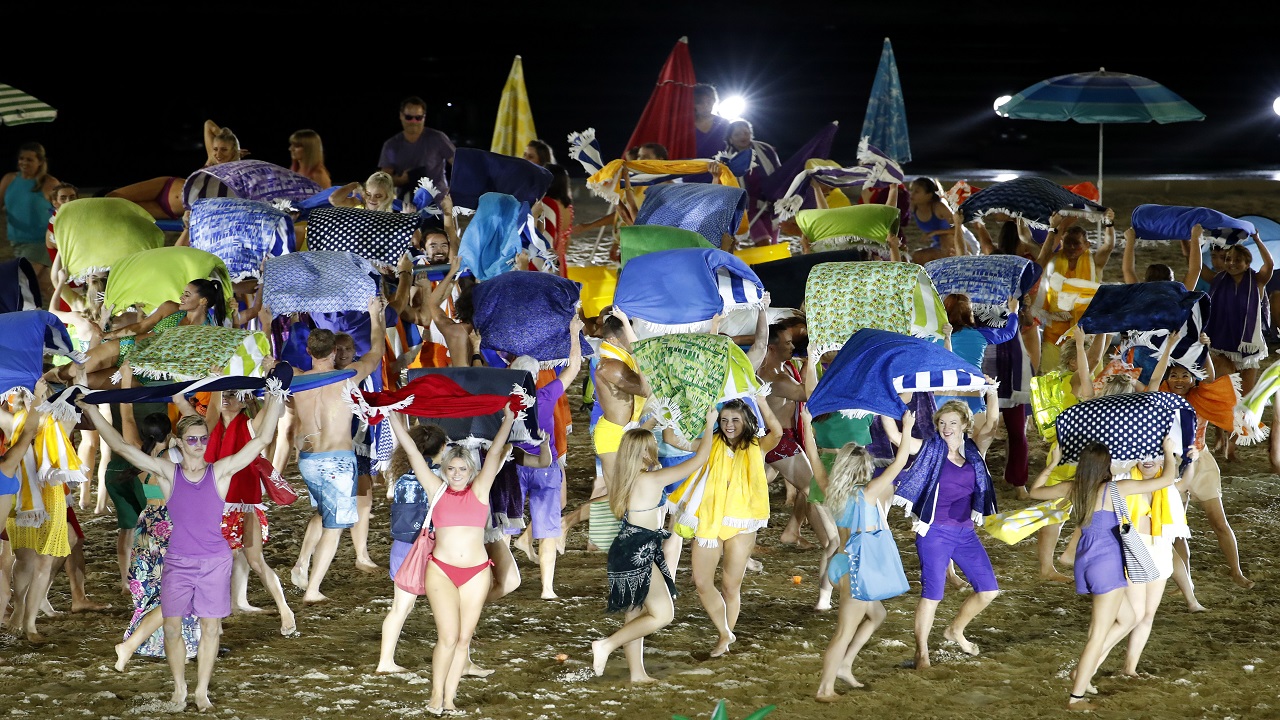 Dancers perform at Carrara Stadium during the opening ceremony of the 2018 Commonwealth Games on the Gold Coast, Australia, Wednesday, April 4, 2018.

Prince Charles delivered a message from Queen Elizabeth II to officially open the Commonwealth Games before fireworks exploded on cue.

The opening ceremony finished on a brighter note than the way it started Wednesday night, when a heavy rain shower drenched fans in the stadium.

The weather cleared quickly enough not to completely overshadow a ceremony choreographed to showcase the traditional culture of Australia's indigenous people and the laid-back beach lifestyle of the Gold Coast.

Charles and his wife Camilla arrived in Queensland state hours before the games festivities officially began and entered the stadium shortly after the rain cleared.

The first gold medalist of the games will likely be the winner of the women's triathlon on Thursday, and the overwhelming favourite is two-time world champion Flora Duffy of Bermuda.

Duffy won six out of seven races in last year's World Triathlon Series. England's Alistair Brownlee, who has won gold in the past two Olympic triathlons, is entered in the men's race.

The individual men's and women's races and a mixed team event on Saturday will be over the sprint distance — a swim leg of 750 meters, a 20-kilometer cycle and a 5-kilometer run, half of the Olympic version.

Brownlee is coming off hip surgery last August and one of his biggest threats for gold will come from his brother Jonathan, who won silver behind Alistair at Glasgow in 2014, and bronze medalist Richard Murray of South Africa. Gold medals on day one of competition will also be presented in artistic gymnastics, track cycling, swimming and weightlifting.

Meanwhile, Jamaica, which will begin its quest for glory on the opening day of action  on Thursday (Wednesday night Jamaica time) - will be competing in 15 sporting disciplines, the largest number ever for the country.

Of the 15 sports, Jamaica will be participating for the first time in triathlon, wrestling, lawn bowl and rugby sevens.

Jamaica will be represented in six sports on the opening day. Those sports are netball, badminton, triathlon, squash, lawn bowls and women's basketball.

The badminton players will be the first set of Jamaicans in action on the day when they go up against Singapore in Group B mixed team action, starting at 6:01 pm.

The Commonwealth Games runs from April 4-15.

Athletes to watch at the Commonwealth Games