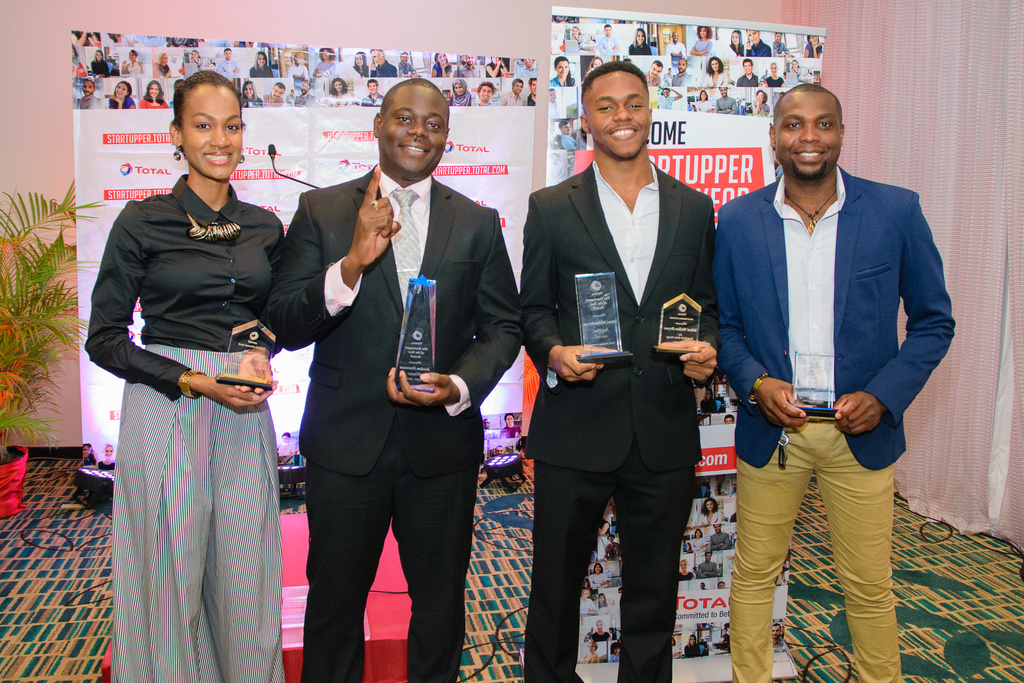 Top awardees of the Total Startupper of the Year Challenge, from left to right: Brittany Singh-Williams, Jordon Freeman, Yekini Wallen-Bryan and George Henry.

Founder of Jamaica Bio-Plastic Jordan Freeman, captured the Total Jamaica Startupper of the Year title, for which he was presented with a €12,500 symbolic cheque at an awards ceremony at Courtyard At Marriott Hotel, New Kingston recently.

Freeman topped a field of 14 finalists, with Yekini Wallen-Bryan of PreeLabs Limited, earning the second prize of €7,500 and George Henry of Appfinity Technologies securing €5,000 for third place.

All three will receive entrepreneurial mentorship by the Jamaica Business Development.

Total Starterupper of the Year award

Click the slider for more photos from the recently held awards ceremony.

According to Chris Okonmah, Managing Director of Total Jamaica, over 300 entries were received, which dwindled to 140 after the requirements - of being Jamaican, under 35 years old and the business not being older than two years - were used. He said he was pleased that the entries were from all over the island. 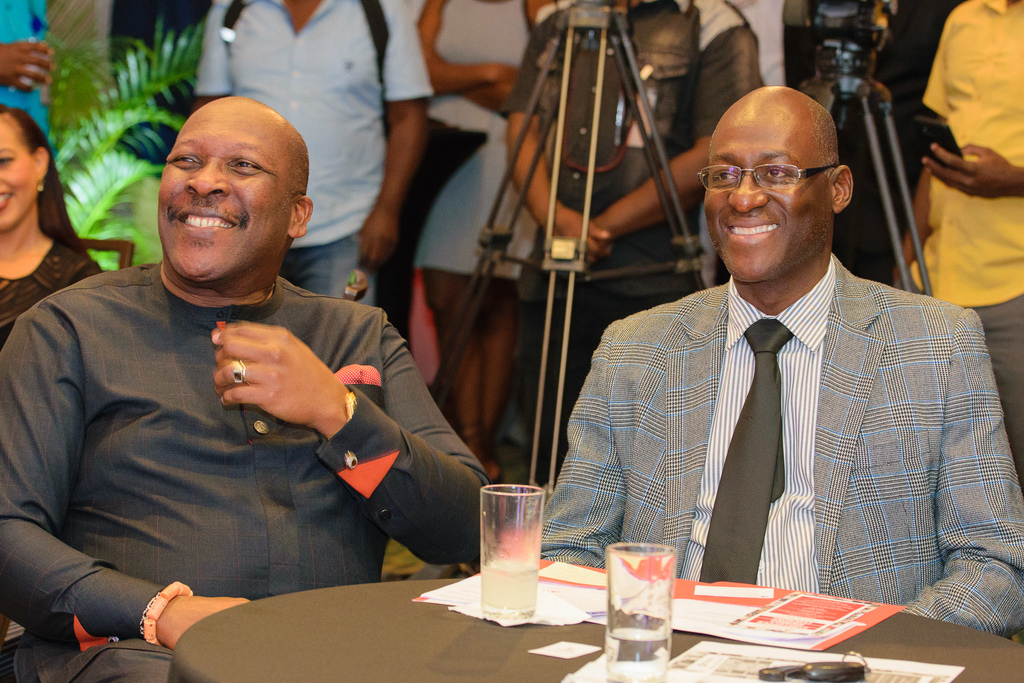 Valerie Veira, Chief Executive Officer (CEO) of the Jamaica Business Development Corporation, said the batch of young entrepreneurs, who participated in the competition has signalled a commitment to contributing to Jamaica.

“We saw the most innovative ideas coming to the table. Young people with good ideas and not just ideas that have to remain as hobbies. They were really offering a solution to some of the issues that we have here in Jamaica. Real solutions and this is why I celebrate so much for the kind of support that they will get,” she said.

Marcia Woon Choy of ActionCOACH, who was one of the judges for the competition, said that the awesome ideas churned out by the finalists kept them entertained throughout the two days of judging.

She said that these types of competition must be encouraged, as it will enable university graduates to start thinking entrepreneurship instead of seeking employment.

Young entrepreneurs to vie for over $3m in Total startup challenge