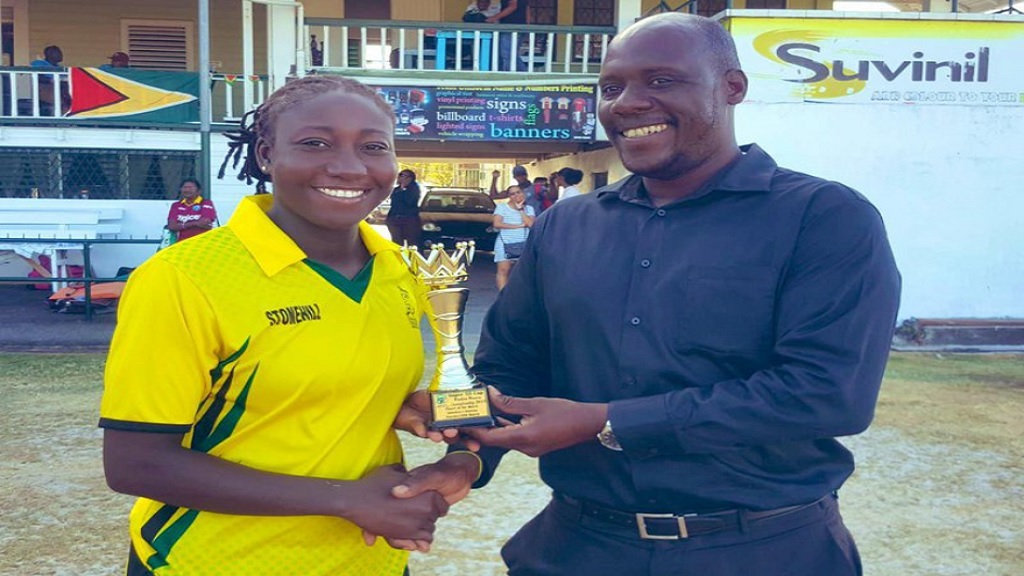 It was a battle of centuries at the Everest Cricket Club in Guyana, as Shemaine Campbelle tried to lead the home team to victory over Jamaica but Stafanie Taylor’s class proved the deciding factor.

After winning the toss and opting to bat, Guyana’s Campbelle’s scored 111 to deny Jamaica the possibility of earning a vital bonus point.

However, the only other batter to offer Campbelle support was Tremayne Smartt who scored 58 as the home side scored 242 all out.

Taylor was the pick of the bowlers with 3 for 44.

Needing 243 for victory, Taylor smashed a captain’s knock of 119 and had vital partnerships of 47 with Rashada Williams (47) and Chedean Nation (30), as Jamaica chased down the target in 46.4 overs.

Erva Giddings took 3 for 39 in the losing effort.

OVER AT PROVIDENCE. Half-centuries from Deandra Dottin, Hayley Matthews and Kycia Knight powered Barbados to a mammoth 334 for three from their 50 overs against the Windward Islands at the National Stadium.

The Windward Islands won the toss for the second time in as many matches and elected to bowl first against Barbados.

Matthews, who was celebrating her 21st birthday, cemented herself with Kycia Knight as the pair built a solid foundation for Barbados.  However, just when Matthews, on 91, seemed set to register her first century of the tournament, she drove the ball straight back to Qiana Joseph who just managed to hold on.

Deandra Dottin’s unbeaten 94 then joined Kycia together they slaughtered the bowling. Knight was eventually out for 81 but by then the total was well beyond the Windwards.

Joseph was the best of the bowlers taking two for 42.

Facing massive scoreboard pressure the Windwards crumbled to 93 for 9 off just 28.3 overs with Afy Fletcher retiring hurt for 24.

Shamilia Connell returned figures of 3 for 35 while Shanika Bruce 2 for 24 and Matthews 2 for 20 contributed to the bloodbath.

OVER AT GEORGETOWN CRICKET GROUND: Trinidad and Tobago ran out easy winners over the Leeward Islands.

Leandra Ramdeen wrecked the batting taking 4 for 12 as the Leewards limped to 76 all out. Karishma Ramharack provided strong support with 3 for 23 while Anisa Mohammed finished with 2 for 25.

Shebani Bhaskar top scored with 26 for the Leewards.

Felicia Walkers then scored an unbeaten 32 to guide TT to a six-wicket victory and a vital bonus point.