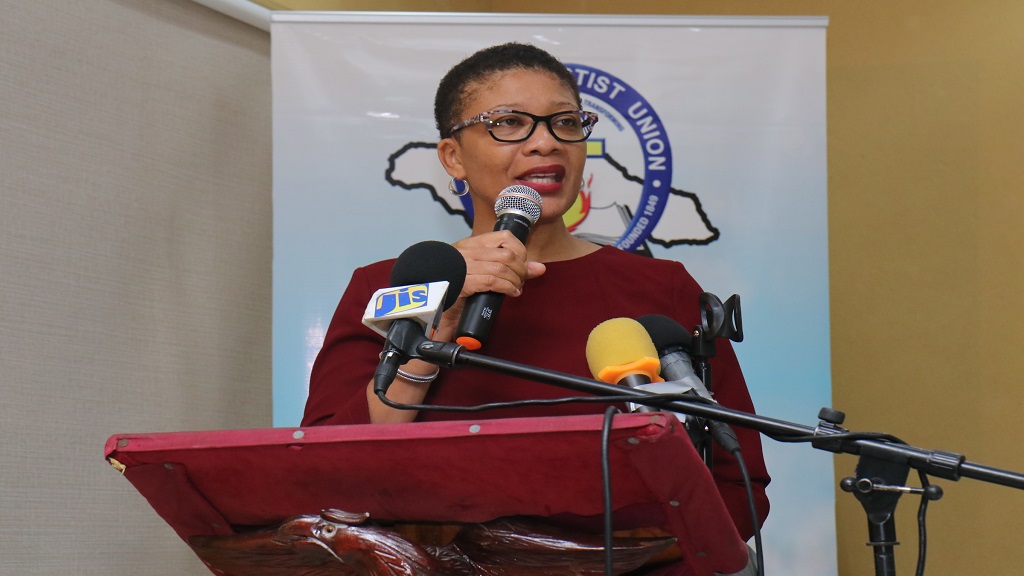 The Jamaica Baptist Union (JBU) has declared that life should be treasured as they became the latest denomination locally to add its voice to the ongoing controversial issue of abortion.

Associate General Secretary of the JBU, Reverend Merlyn Hyde-Riley, weighed in on the issue while speaking in Montego Bay on Tuesday at the launch of the JBU Assembly 2019, which is to be held in Montego Bay between February 20 and 24

"The Jamaica Baptist Union affirms human life and we would not treat without great care and regard, human life in all its forms," she said.

Hyde-Riley, however, suggested that there should be consideration of compassion towards pregnant women who choose to terminate their pregnancies in life-threatening situations.

"In certain cases, such as a case where a mother's life is at risk, one would have to contemplate seriously, what is the best course of action, and so we would not simply say we are pro-life or we are not pro-life, because it is, in our view, not simply a black and white situation. It must be treated sensitively and in a caring and compassionate manner," Hyde-Riley pointed out.

She essentially reflected similar views to that of head of the Seventh Day Adventist (SDA) Church, Pastor Ted Wilson.

"Most Seventh Day Adventists would be very supportive of the sanctity of life and are not in favour of abortion unless the mother’s life is in danger or perhaps there was incest or rape involved, and that is left to the individual to decide, at least in some countries," Wilson recently stated.

Parliamentarian, Juliet Cuthbert-Flynn, made a call last Tuesday for the Government to consider relaxing the abortion laws to ensure that women have access to safe abortions.

Currently, the Jamaican law criminalises any attempt at an abortion, with women who attempt to terminate pregnancies facing the possibility of life in prison. Those who assist in the process can be imprisoned for up to three years.

SDA comes out against abortion, except in life-threatening cases