Jamaica and US reunite for Gold Cup semifinal battle on Wednesday 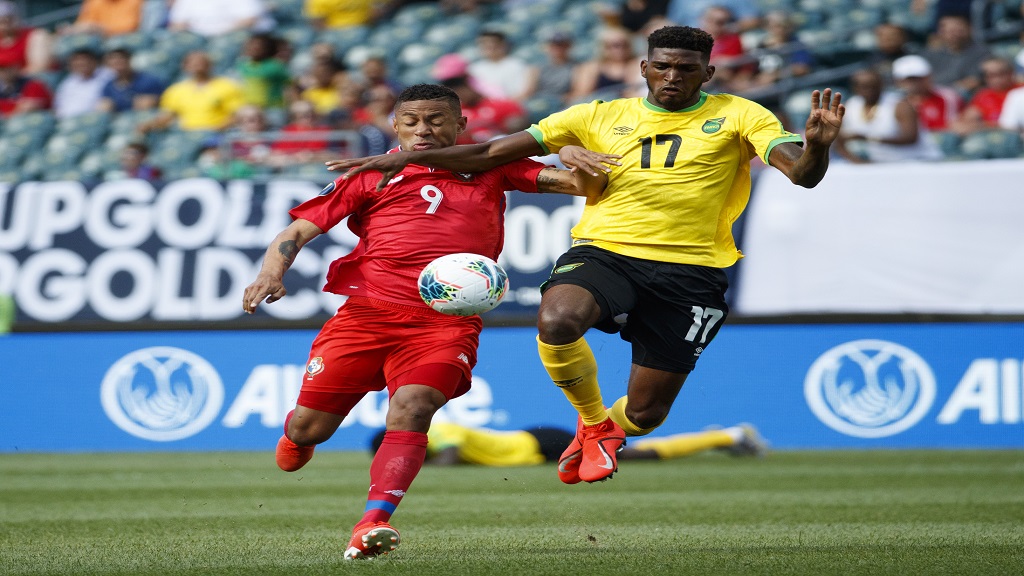 Jamaica's Damion Lowe (right) and Panama's Gabriel Torres battle for the ball during their quarterfinal match of the CONCACAF Gold Cup on Sunday, June 30, 2019, in Philadelphia. (AP Photo/Matt Slocum)

Jamaica and the hosts United States will face off at the Nissan Stadium in Nashville on Wednesday night at 9:30 for a spot in the 2019 Concacaf Gold Cup final.

It was there that Jamaica defeated the U.S. 2-1 at the semi-final stage, the first and only time since 2003 that the U.S. haven’t progressed to the Gold Cup final.

Darren Mattocks and Giles Barnes scored that night for Jamaica, Michael Bradley’s goal early in the second half was not enough to overcome a two-goal deficit.

This is Jamaica’s third straight trip to the last four of the competition.

The United States have made it to the semi-final stage in all but one edition of the tournament (a quarterfinal loss on penalties to Colombia in 2000).

While Barnes is no longer with the national team, Mattocks is most certainly still in the fold for the Reggae Boyz, scoring the winning goal from the penalty spot in his team’s 1-0 quarterfinal win over Panama at the Lincoln Financial Field in Philadelphia on Sunday.

The United States also got to the final with a 1-0 quarterfinal victory.  The Americans were outplayed during the second half by the world's 79th-ranked Curacao but managed behind Weston McKennie's goal in the 25th minute.

Jamaica will enter the semifinal with the psychological advantage of having beaten the United States 1-0 in a friendly international on June 5 in Washington.

It was the United States' second home defeat to a Caribbean nation in a half-century. Shamar Nicholson took advantage of a giveaway by Christian Roldan to score from outside the penalty area in the 60th minute.

Since a 1969 defeat to Haiti at San Diego, the only U.S. home loss to a Caribbean team had been 2-1 to Jamaica in a 2015 Gold Cup semifinal at Atlanta. The Reggae Boyz beat the Americans for just the third time in 26 meetings, which have included 15 U.S. wins and eight draws.

The winner of the match will face Mexico in the final on Sunday at Chicago's Soldier Field.

Mexico qualified for the final by defeating Haiti 1-0 in the first semi-final on Tuesday night.