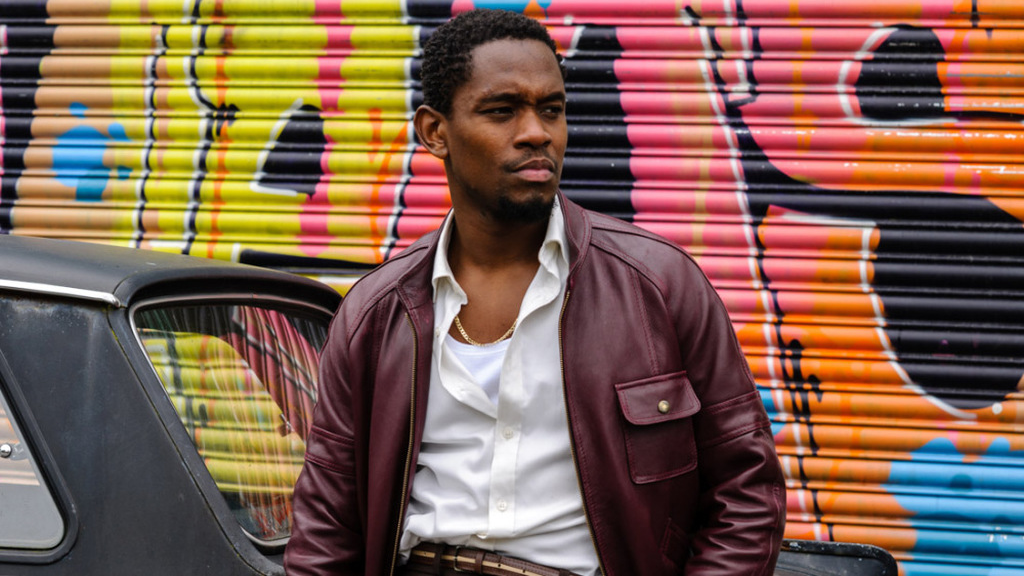 Scene from Idris Elba's Yardie which was shot in Jamaica

Over the last year, the Caribbean has been home to some prominent film productions, among them Idris Elba’s Yardie, Sprinter, executive produced by Will Smith and Jada Pinkett Smith, an episode of the late Anthony Bourdain’s Parts Unknown and the online promo for Warner Brothers Studio’s "The Conjuring" series, "The Nun".

These productions were shot in Jamaica and Trinidad and Tobago, two countries leading the region in film destination marketing and the development of an indigenous Caribbean film industry.

When it comes to attracting foreign film productions, Jamaica is ahead of the pack.

In 2017/18 the island hosted three feature films, Yardie, Like Father, and The Intent 2, as well as TV shows such as Marvel’s Luke Cage, Caribbean’s Next Top Model, The Amazing Race as well as many videos, commercials, music videos, editorial shoots, and webisodes. 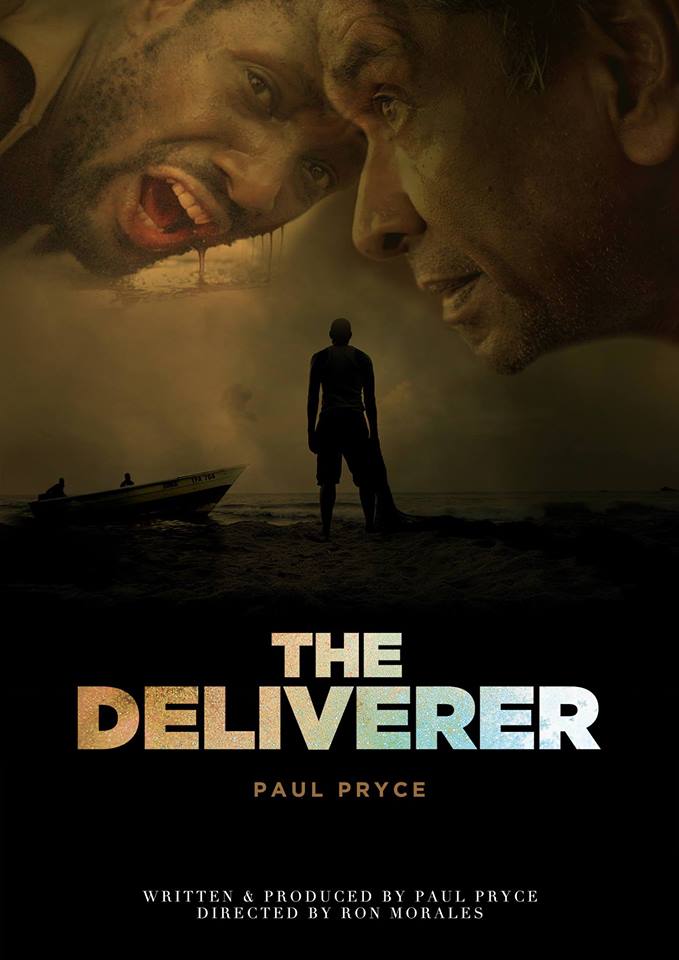 One of their highest profile short-form shoots was the music video Prettybird for Beyonce and JayZ, directed by Melina Matsoukas.

“Jamaica hosts approximately 125 international guest productions per year, of varying sizes and genres including features and long-format, TV series, commercials and music videos, and web content. In the 2017/18 fiscal year our guest productions contributed over J$1.2 billion to the local economy, and generated over 2700 jobs for Jamaicans,” said Film Commissioner Renee Robinson.

Jamaica currently has no tax incentives in place to attract productions but Robinson said they have strong crews and an excellent reputation for ease of doing business and while they don’t advertise directly they have an expanded strategy around market attendance, the development of a local content ecosystem, and ensuring that they are consistently present on the international film circuit.

“We manage national delegations, mostly self-funded, and are developing a catalogue of local content that is investment-ready and commercially viable. A key part of our marketing as a destination is held in the depth of relationships that we cultivate and the track record for business that we are making for ourselves,” she told Loop via email.

A few years ago, T&T was enjoying the attention of filmmakers having experienced the shooting of two feature films, Home Again and Girlfriends Getaway on their shores thanks to an attractive cash based rebate programme up to 35 percent on qualifying expenditure for foreign producers and an additional 20 percent for hiring local labour.

The transition from the Trinidad and Tobago Film Company into a new agency FilmTT, however, resulted in late payments and stymied the country’s efforts to establish itself as a leading film destination.

“That happened while TTFC was winding up so there were administrative gaps but we are tightening up the programme with the Ministry and ensuring that it functions the way it is supposed to,” assured Nneka Luke, General Manager of FilmTT.

Luke stated that her goal since she became GM two years ago is to re-establish their focus and develop a strategic plan for the industry particularly the marketing of the destination to foreign productions.

“We can say we can help your bottom line costs and shooting here is beneficial to your bottom line, we are accessible to major cities in the world, accessible to Latin America, New York, London...if you fly on Caribbean Airlines that qualifies for a rebate. The fact that we are not as known we are seeing as a positive.  We are not like the other islands so when you come here you find out about our diversity, our food, our culture. It is one of the things that make people keep coming back,” she said, noting that the locations market is a highly competitive one.

Luke said every year FilmTT facilitates 30 to 40 one-off productions, commercials, documentaries and episodes. In 2017 there were 45.

She said while there are more opportunities to explore in the commercials market, there is a renewed focus on attracting feature films.

While foreign productions bring in much-needed foreign exchange and help local talent and business to develop in several areas, the Caribbean is also focused on developing its own content. In some circles, people refer to the Caribbean film industry as Cariwood with hopes that one day Caribbean film would be acknowledged on the same level as Bollywood, Nollywood and even Hollywood.

Luke said in T&T there are three to four films made annually and the Film Company in the past assisted in the development of those films through a grant programme and a marketing and development programme. Movies such as  Play the Devil, Moving Parts and Cutlass, to name a few, have benefited from these programmes.

Luke said a major challenge for filmmakers is funding.

“It takes about five to seven years to make a feature film for independent filmmakers that is standard. Here, investing in film is still seen to be a risk. Financing generally comes from the Film Company, ministries and private sector. Sponsorship is a difficult thing to apply to the film sector because you aren’t trying to make money,” she explained.

The main platform for films in T&T is the Trinidad and Tobago Film Festival, rated in 2017 as one of the ten best Film Festivals in the Caribbean. In addition to screening local films, TTFF also comprises a number of workshops with renowned producers, actors and directors as well as a Caribbean Film Mart in which selected filmmakers have the opportunity to meet one-on-one with, and pitch their projects to, international film producers, sales and acquisitions agents and film funds, forging partnerships that can lead to the production and distribution of their films.

While FilmTT is exploring platforms to get more local films shown such as the recently rebranded Government-owned station TTT, the onus really falls on the producers to find festivals and distribution channels to screen their movies. Machel Montano’s Bazodee and Green Days by the River are two movies that have been very successful in that regard.

“The first and most prolific is JAFTA Propella, now in its third year – an initiative of the Jamaica Film and TV Association and funded by JAMPRO and the CHASE Fund. We also deliver the FilmLab in partnership with the British Council and JAFTA, and the Business of Sustainability for Studios (BOSS) programme, in partnership with the World Bank and the Office of the Prime Minister through the Youth Employment in Digital and Animated Industries (YEDAI) project.  Each of these talent discovery programs serves a different purpose – to stimulate the development of local content and the content financing ecosystem.

“Through BOSS for example, we lead an investor track which aims to equip local investors and financiers with the entertainment business knowledge in order to best structure deals for local direct investment. We are also in the process of developing a national film fund, which would serve all screen-based content, using a gap financing model in a private/public investment vehicle. Finally, I cannot underscore enough how proud I am of our local content that is making big! Our very own, Storm Saulter with his recent premiere of Sprinter, and of course breakout starlet Shantol Jackson, who played the leading lady in Idris Elba’s directorial debut Yardie,” she said. 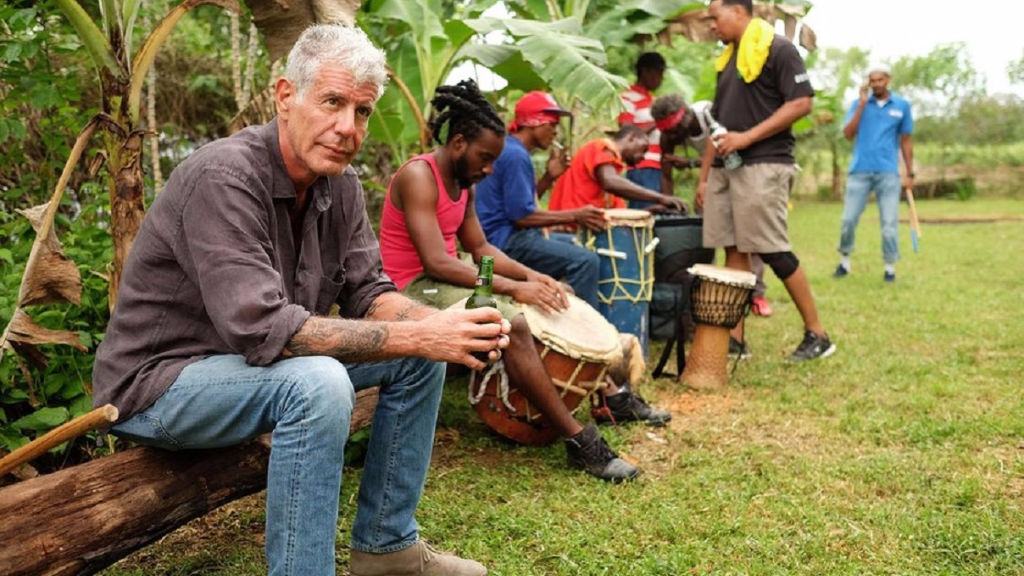 Jamaica no longer has a film festival. Robinson said they are focusing on the building blocks of the ecosystem to ensure that the development, financing, and regulatory process are streamlined and that they have stronger routes to market through sales and promotion of investment-ready and commercially-viable projects.

In the rest of the Caribbean

In Grenada, there have been attempts to get a film commission and a film festival off the ground.

Fragrance Francique, a British Film Director is running the commission and told Loop that in 2019 a new event called the 1261 Film Festival Grenada will be held on February 7.

He said the event will show music videos and documentaries from around the region and Latin America. He said the focus, is, however, on developing indigenous content so Grenadians can see themselves represented on TV and the big screen.

Francique said currently everything he is doing is self-funded as they can’t afford to wait on the Government.

In St Lucia, it is the filmmakers too who are driving the development of the film sector.

Darnel Kendal John, President of the Audio and Video Film Association (AVFA), said they have proposed to the Government to allow the association to act as a Film Commission until a proper one is developed.

“The sooner we could get this the better. We are doing fairly well. We have a number of short films being produced and one major feature film by Marthurine Emmanuel. He has done four feature-length films and he is currently working on Shanti’s World which is due to be released early next year. We have suggested that there should be some collaboration with other units working on the film and it is closest to a collaborative effort we have had. We are setting a precedent,” he said.

“So far we do some training workshops for young filmmakers and when we do film festivals. We have the Caribbean Youth Film Festival, Piton Film Festival running for about five years, LatFest, the Latin American and Caribbean Cultural Festival where we watch Latin American films and do some kind of exchange programmes. We also bring down professionals in the field of animation for boot camps.”