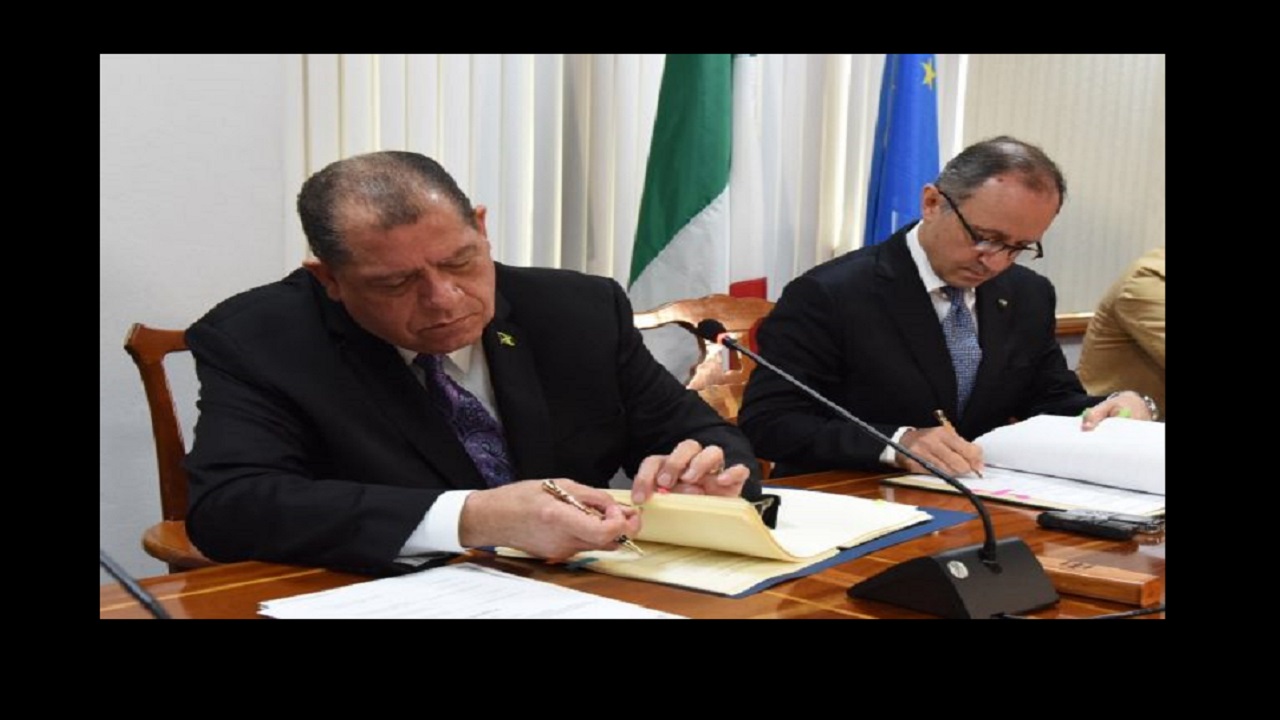 Minister of Finance and the Public Service Audley Shaw (left), prepares to sign the agreement for the elimination of double taxation between Jamaica and Italy at the Ministry’s offices in Kingston on Friday. Ambassador of the Republic of Italy to Jamaica, Armando Varracchio (right), affixes his signature. Photo via Jamaica Information Service.

The Jamaican Government and its Italian counterpart have taken steps aimed at forging closer ties between the two countries with Thursday’s signing of an agreement that will lead to the elimination of double taxation with respect to taxes on income.

The agreement will also address tax evasion and avoidance.

The signing took place at the Ministry of Finance at Heroes Circle in Kingston.

“On behalf of the Government of Jamaica, I confirm our commitment to meeting international standards for transparency in tax matters, in light of the vast opportunities for investment and trade, which may be realised within a proper, transparent and legal framework,” Shaw said.

He noted that the agreement holds significant benefit for Italian investors, such as Gruppo Campari, a major player in the global spirits industry, which is making a valuable contribution to the country's economic growth and development, through high levels of employment of Jamaicans.

Shaw pointed out that given the considerable interest that Italy has shown in Jamaica's specialty products, namely coffee, rum and spirits, business interests should take the opportunity to encourage Italian buyers to expand demand, while exploring any commercial interest in other branded products such as spices and niche items.

Double taxation is the levying of tax by two or more jurisdictions on the same declared income asset or financial transaction.

Wray and Nephew calls for partnership from neighbouring communities