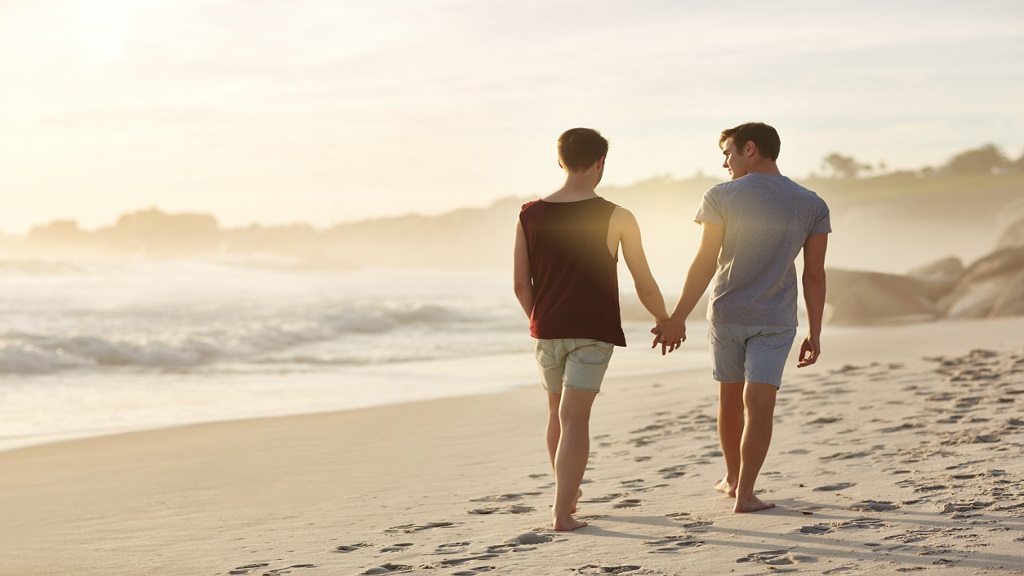 iStock photo of a young couple walking along the beach.

In a study of the world’s most dangerous countries for LBGT travelers to visit, Jamaica ranks at number 18 out of 150, the third worst in the Caribbean behind eighth-ranked Barbados and 12th-ranked St Lucia.

The study titled ‘The Worst & Safest Countries for LGBTQ+ Travel in 2019’ was published on a travel blog, Asher & Lyric earlier this week.

“Instead of relying on hearsay and anecdotes from other travelers, we took a deep look at LGBTQ+ rights, country by country. We’ve gathered data from a variety of trusted international sources to create a LGBTQ+ Danger Index…” the blog explained.

The article noted the "Danger Index" was created using eight factors which were: whether a country has legalized same-sex marriages, workers protections and protection against discrimination for LGBT persons, criminalization of violence, adoption policies for LGBT persons, level of living comfort, criminalization of same-sex relationships and propaganda or morality laws. 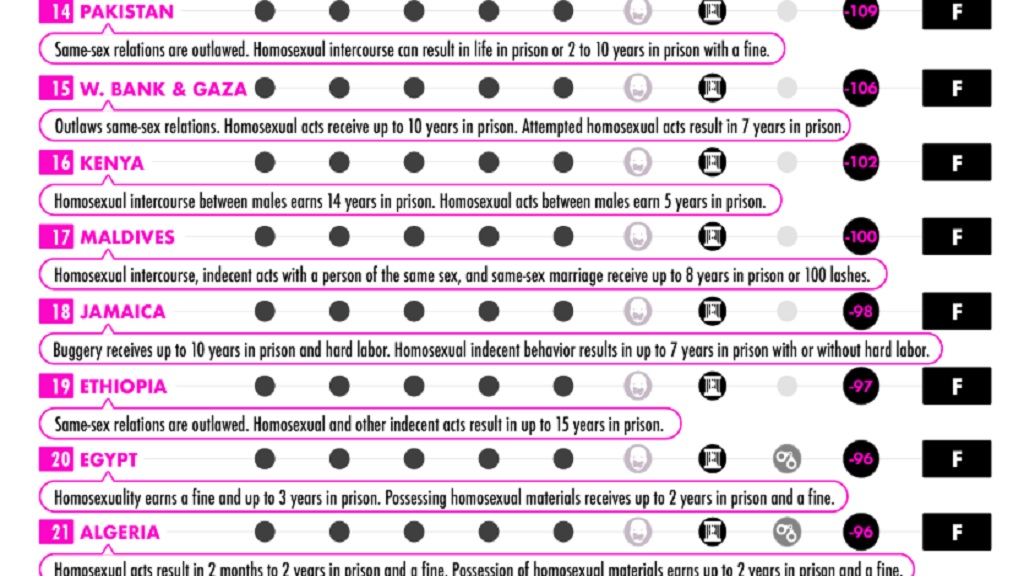 A point system was used to demerit countries which have not implemented LGBT-friendly policies. Interestingly, the methodology used in the index does not sample the actual experiences of LGBT tourists.

Jamaica received a -98 score and a grade F on the "Danger Index", with the study noting that, in Jamaica: "Buggery receives up to 10 years in prison and hard labour. Homosexual indecent behaviour results in up to seven years in prison with or without hard labour."

The worst ranked country is Nigeria where homosexuality, according to the study, receives up to 14 years in prison or the death penalty based on state Sharia laws. The African country also criminalises discussion of LGBT rights, the study said. Qatar, Yemen, Saudi Arabia and Tanzania round out the top 5 worst ranked countries for gay travelers.

Other Caribbean territories in the study includes Turks & Caicos at 45, The Bahamas at 46 and Cayman Islands at 53.

The Caribbean Policy Research Institute (CAPRI) recently stated that Jamaica has been paying dearly for its discrimination against the LGBT community.

Among the cost, according to CAPRI, the country was missing out on tourism dollars because of the perceived hostility towards homosexuals.

Grenada PM: Region must be prepared for Covid-19