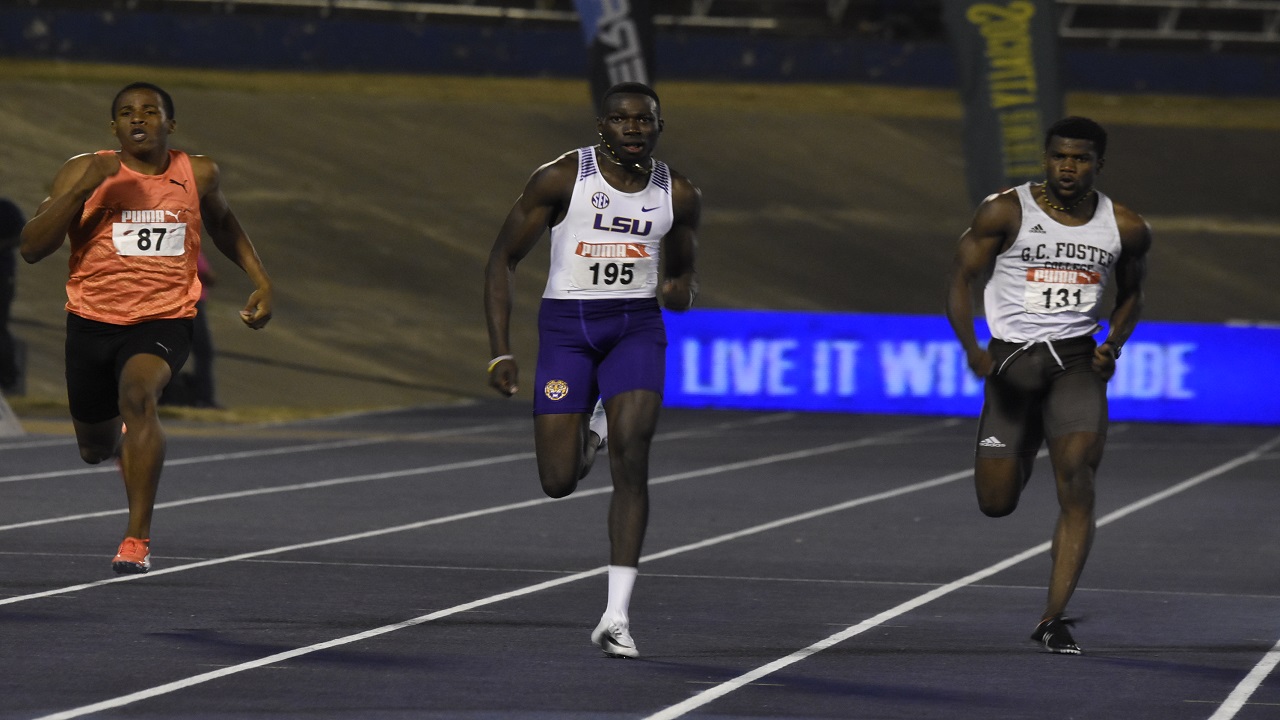 Jahnoy Thompson of Louisiana State University is the fastest qualifier going into the final of the men's 200 metres at the National Junior and Senior Championships, at the National Stadium.

Thompson powered home in a new personal best of 20.29 seconds to win the second and final heat of the semi-finals on Saturday night, the third and penultimate day of action.

Romario Williams of GC Foster College who finished fourth in that semi-final also qualified for the final. His time of 20.70 was good enough to give him a spot as one of the two fastest losers.

Oshane Bailey of Sprintec finished third in 20.83 seconds to pick up the other automatic qualifying spot from that semi-final, while Vykn Performance's Daniel Jamieson (20.99) secured the final spot.

Demish Gaye of Sprintec is the fastest qualifier going into the men's 400-metre final on Sunday.

Gaye, who defended his title at the Jamaica International Invitational meet on May 19 with a 45.08-second clocking, won heat one of the semi-finals in 45.52 to easily beat Fitzroy Dunkley (45.94) and Jermaine Gayle (46.82) of Akan Track Club, whose time wasn't good enough to get him into the final.

Dunkley's 45.94 clocking is the second fastest qualifying time going into the final.

Also through to the final is  Javon Francis, who crossed the line grimacing in pain. He fell to the track and was stretchered off. The Akan Track Club quarter-miler won heat two in 46.56, the fourth fastest qualifying time but is a doubt for the final.

MVP Track Club's Stephenie Ann McPherson is on course to retain her title with the fastest qualifying time going into the women's 400-metre final.

McPherson clocked 51.20 seconds to win semi-final two, ahead of Junelle Bromfield (52.30) of University of Technology and Kaliese Spencer (52.40) of Elite Performance, whose time handed her one of the two fastest losers spot.

Anastasia Le-Roy of Sprintec is the second fastest qualifier. She won heat one in 52.04, beating Tiffany James (52.23) of Cameron Blazers and Alesha Kelly (52.51) of Ravens TC, who got in as one of the fastest losers.

Christine Day of Elite Performance won heat three in 52.05, well ahead of Derriann Hill, who clocked 52.84.

Bailey, who entered his final jump in third place behind Tajay Gayle of University of Technology and Kingston College schoolboy Wayne Pinnock, produced a big jump of 8.10 metres to snatch victory for the second straight year.

Gayle was relegated to second with a best effort of 8.08, while Pinnock held on to third with 7.96 metres.

World leader Fedrick Dacres of University of the West Indies outclassed his rivals to retain his national discus title with a throw of 65.13 metres. Basil Bingham (58.47m) and Glenford Watson (57.60) of GC Foster College finished second and third.