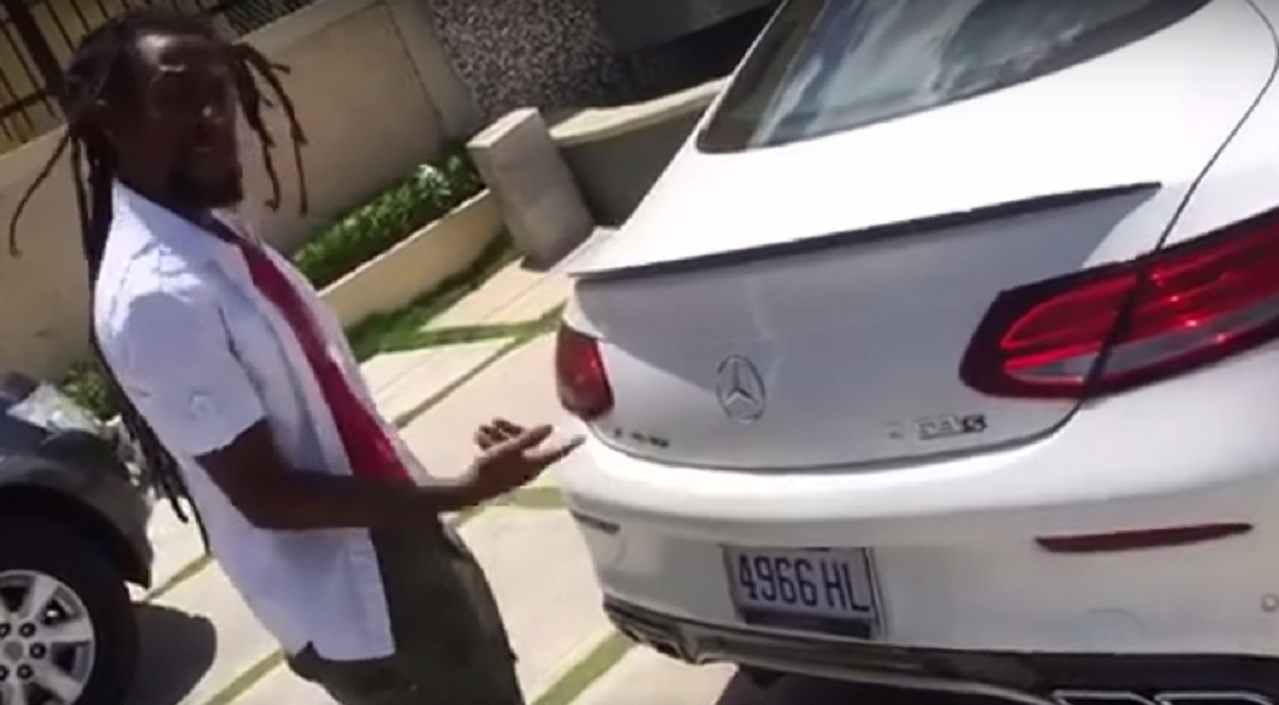 Screenshot of a video with Jah Cure showing off his new Benz.

A slick, new Mercedes Benz C63S, which was acquired by top-flight reggae artiste, Jah Cure, reportedly for a whopping $30 million in May of this year, is now ‘totalled’, after he crashed with the vehicle in Trelawny on Saturday night.

The 'Cure' escaped virtually unscratched, with the car taking the full blow from the collision in the Daniel Town area of the parish.

In social media videos emerging on the accident, Jah Cure is seen telling onlookers his version of the development.

"Mi nuh just crash so innu, is a man do dat to me innu. The problem wid yah so, is dat di man dem love come out pon yuh pon di road," he indicated.

"Me not even wah talk ‘bout it because you see how di man come out pon me," the entertainer added.

Amid indications of the extent of the damage to the Benz, there were expressions of gratitude from persons on the scene that Jah Cure survived the impact.

But amidst the expressions of support for the Cure, there were other sentiments suggesting that his attitude since acquiring the hot, spanking, new ride had perhaps set the tone for Saturday’s outcome.

Cure was said to have been showing off big-time on social media since acquiring his new ‘baby’ in May.

Fantan Mojah: I have no problem with Jah Cure