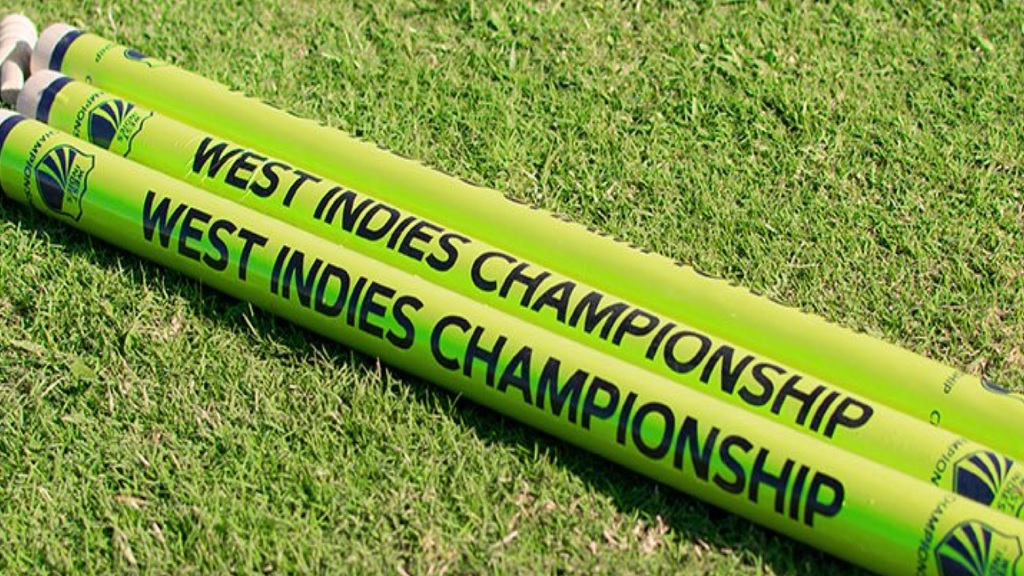 Guyana Jaguars have now been confirmed as winners of the 2018-19 West Indies Championship.

This followed a career-best spell from Keon Harding that triggered a batting collapse by the Leeward Islands Hurricanes – their nearest rivals – to give Barbados Pride the upper hand on the first day of their rescheduled fourth round match at the Vivian Richards Cricket Ground on Thursday.

More importantly, Hurricanes blew the highly improbable, if not impossible chance they had of making a last-ditch grab for the Headley/Weekes Trophy, the symbol of supremacy in the West Indies first-class game, as they needed the absolute maximum 24 points and failed to get a single batting bonus point.

The Jaguars, whose schedule of matches for the season has been completed, become the first team in the CWI Professional Cricket League franchise era to win the title five straight times. It’s a feat, however, previously achieved in the West Indies first-class game by the territorial iterations of the Pride (between 1976 and 1980) and Jamaica Scorpions (2008 to 2012).

At the same time – strong batting down the order – led by Jason Mohammed – saw T&T Red Force keep the Scorpions in the field for the entire day in their rescheduled first round match at the Brian Lara Cricket Ground.

Harding took 5-29 from 10 overs, Test fast bowler Miguel Cummins supported with 3-34 from 12 overs and Jamaican fast-medium bowler Marquino Mindley snared 2-19 from 10 overs, as the Hurricanes – sent in to bat – were dismissed about an hour after lunch for 90.

Pride suffered an early setback at the start of their reply when opener Shayne Moseley was run out for one in the second over.

Off-spinner Rahkeem Cornwall, the season’s leading bowler, took two wickets, one of them WINDIES opener Kraigg Brathwaite for nine, and triggered a period of turbulence, as the Pride slid from 44 for one to 92 for four in getting past their opponents’ total.

But Pride captain Shamarh Brooks, not out on 79, and WINDIES wicketkeeper/batsman Shane Dowrich, not out on 28, came together and put on 62 – unbroken – for the fifth wicket to extend their side’s lead before stumps were drawn.

Mohammed defied a destructive spell of 4-49 off 17 overs from Jamaica Scorpions' Nicholson Gordon and was unbeaten on 89, eyeing his second hundred of the season, when stumps were drawn.

The WINDIES international shared three successive partnerships of 50 runs or more to lead the Red Force t0 338-5 after they chose to bat.

Test batsman Kyle Hope and left-handed, fellow opener Jeremy Solozano gave the home team a rollicking start of 127 for the first wicket before Gordon removed both of them and Joshua Da Silva in three successive overs to leave Red Force rocking on 136 for three.

Hope hit 64 and Solozano made 63 to cross the 500-run threshold for the season before the Red Force entered into a purple patch in the second half of the day.

Lendl Simmons, whose 30 carried into the 4,000-run club for Red Force, alongside former captain Daren Ganga (5,955 runs) and his uncle, former WINDIES all-rounder and head coach Phil Simmons (4,532 runs), shared 51 for the fourth wicket with Mohammed to stabilize the innings.

After Nkrumah Bonner bowled Simmons, there was further agony for the Scorpions, when Mohammed and Red Force captain Denesh Ramdin put on 87 for the fifth wicket either side of tea to ensure the hosts claimed two batting points.

Gordon removed Ramdin in the first half-hour after tea and Khary Pierre came to the crease to bat through the final 1 ¼ hours with Mohammed before bad light stopped play, having so far put on 64 for the sixth wicket and ensuring Red Force collect a third batting point.